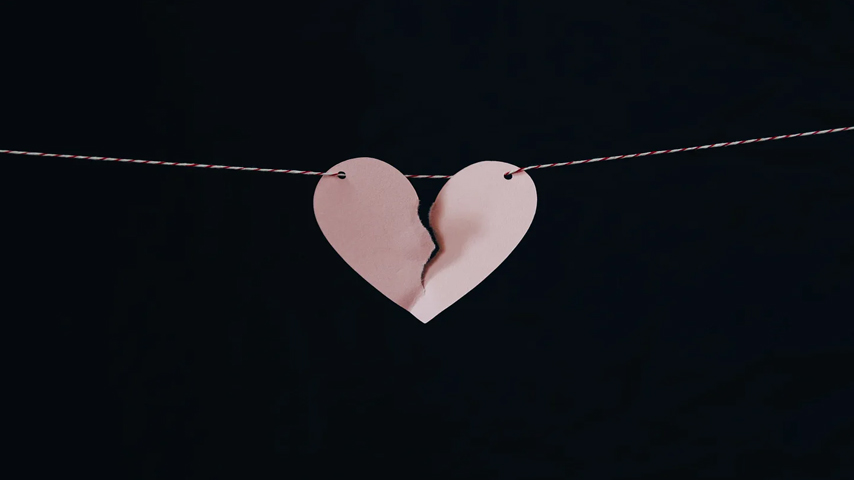 In the last days, love will grow cold. Something sinister will replace it.

One of the signs pointing to the soon return of Jesus comes from the words of Jesus Himself in Matthew 24, a well-known prophetic passage known as the Olivet Discourse. After predicting the destruction of the Temple, Jesus tells His disciples about the signs of the end of the age.

He identifies human depravity and rebellion against God as a major sign: “And because lawlessness will abound, the love of many will grow cold” (Matthew 24:12).

In this context, lawlessness doesn’t mean kids won’t obey their teachers, drivers will break speed limits, or taxpayers will cheat the IRS. Those things are “lawless,” of course, but Jesus is speaking about something more sinister: rebellion against God.

The desire to push against human authority—like driving above the speed limit—grows out of rebellion against God. Both are related, but the two are not synonymous. The Greek word for “lawlessness” in this passage is anomia, which can be translated as “without law.” It’s a specific reference to rebellion against God.

And that rebellion won’t just occur among the atheists and humanists in society. It will happen closer to home.

The Apostle Paul adds context to the words of Jesus about lawlessness. In 2 Thessalonians, he describes the days leading up to the coming of Christ:

Let no one deceive you by any means; for that Day will not come unless the falling away comes first, and the man of sin is revealed, the son of perdition, 4 who opposes and exalts himself above all that is called God or that is worshiped, so that he sits as God in the temple of God, showing himself that he is God.—2 Thessalonians 2:3-4

This passage is a reference to the arrival of the Antichrist, the “man of sin” and “son of perdition.” But prior to that will be what Paul describes as the “falling away.” Another way to translate the phrase “falling away” is apostasy—the abandonment or renunciation of a religious belief.

Paul is saying people will turn away from the truth, but He’s not referring to the way the world rejects God and God’s truth. He’s talking about the Church. People in the Church will reject the truth of God’s Word.

We are seeing this happen right now in our generation. I wrote in May of this year about the growing percentage of pastors who no longer have a biblical worldview, and the danger that poses to those who rely on their teaching.

In his second letter to Timothy, Paul gives an even fuller description of lawlessness:

But know this, that in the last days perilous times will come: 2 For men will be lovers of themselves, lovers of money, boasters, proud, blasphemers, disobedient to parents, unthankful, unholy, 3 unloving, unforgiving, slanderers, without self-control, brutal, despisers of good, 4 traitors, headstrong, haughty, lovers of pleasure rather than lovers of God…—2 Timothy 3:1-4

That’s a pretty extensive list and it describes things we see every day in our current generation. Among these negative actions that will typify human behavior before Jesus returns, Paul mentions in verse 3 that people will be “unloving.” This is the “love growing cold” that Jesus warned about.

But what makes this even more interesting is that Paul says people will be “lovers” of another kind in this passage—they love themselves, money and pleasure instead of loving God or people.

In fact, all the negative behaviors he lists can be considered unloving toward God, others or both. The Greek word translated “unloving” in this passage is astorgoi, which means “without natural affection.” They don’t even have the type of love that should come naturally to humanity. They don’t love their families. They don’t love anyone around them. They certainly don’t love God.

You are probably thinking of specific individuals whom this describes. Young men who shot up a classroom, for example, or parents who murder their children. Stories like these were unheard of 30 or 40 years ago but they are commonplace today.

All those other bad actions—pride, blasphemy, disobedience, unthankfulness, unholiness, slander, lack of self-control, brutality, hating goodness, betrayal, stubbornness, haughtiness—share a close connection. They all operate as if I am the most important person. When you show these characteristics, it’s as if you are saying, “You don’t matter. God doesn’t matter. Others don’t matter. I am the only one who matters.”

Spend an hour on social media and you will see that our culture has built a whole industry around this list of vices. People make a living promoting themselves online. Others promote “healthy” behaviors like self-love, telling us the only way to be happy and healthy is to love ourselves unconditionally. We have become a society filled with “lovers of themselves.”

The moment you make yourself the center of your own existence is the same moment you start to destroy your relationships with God and others. When we take our attention off God and focus it on ourselves, we open the door for our flesh to take over.

Paul also mentions “lovers of money” in 2 Timothy 3:2. I noted a survey once that revealed that fights about money were the second-leading cause of divorce, right behind infidelity. We see the impact of money problems all the time. They stoke worry and anxiety. They cause conflict in families. They lead to crime. How we relate to money says more about us than we think:

For the love of money is a root of all kinds of evil, for which some have strayed from the faith in their greediness, and pierced themselves through with many sorrows.—1 Timothy 6:10

You don’t have to have a lot of money to be a “lover of money.” It’s common for people who don’t have much money to become obsessed with those who do. Our society tends to judge people by their possessions or evaluate them based on their apparent income—even though the Bible warns us not to show favoritism based on how much a person owns.

Our culture ignores this and it is a form of lawlessness. That’s why Jesus tells us to guard our hearts:

“No one can serve two masters; for either he will hate the one and love the other, or else he will be loyal to the one and despise the other. You cannot serve God and mammon.”—Matthew 6:24

The reference to “mammon” is referring to the Syrian deity of wealth and riches. In other words, a focus on money and greed is not unlike worshipping a demonic idol. Make no mistake: we are living in a culture of idol worship.

God created us to find pleasure in Him. Other people bring us pleasure because of their connection to Him. We are to take pleasure in God’s creation, which proclaims God’s glory and reveals His character to us. But those are not the type of pleasure Paul is writing about in 2 Timothy 3:4.

He is writing about those who find pleasure in sinful and thoughtless behavior, which ignores God and misuses others. You’ve seen this among people you know and love—friends, colleagues and even family members. People immerse themselves in alcohol or drugs. They fight addictions. They sleep around. They turn to any number of immoral behaviors in order to feel good.

People seek peace and pleasure at every opportunity, turning to everything except a relationship with the Lord. These sinful, unloving behaviors can be distressing and disturbing for those of us who follow Jesus. It’s because they are a sign of love growing cold and an example of the lawlessness that will abound in the last days.

So why does Paul list all these vices? Is he trying to discourage us? Why does Jesus warn us that lawlessness will abound and the love of many will grow cold?

No. Bible prophecy is not intended to make us fearful or anxious. The role of prophecy is to encourage us. Both Jesus and Paul are telling us that, when we see this reality, we are one step closer to the return of Christ.

Jesus wants His followers to get excited because He is about to restore all things for those who believe.

He is about to return to make all things new. Then we will be in the presence of Love Himself—and that love will never grow cold. It will endure forever.

Why Read the Book of Revelation?

We Have Never Been Closer to the End