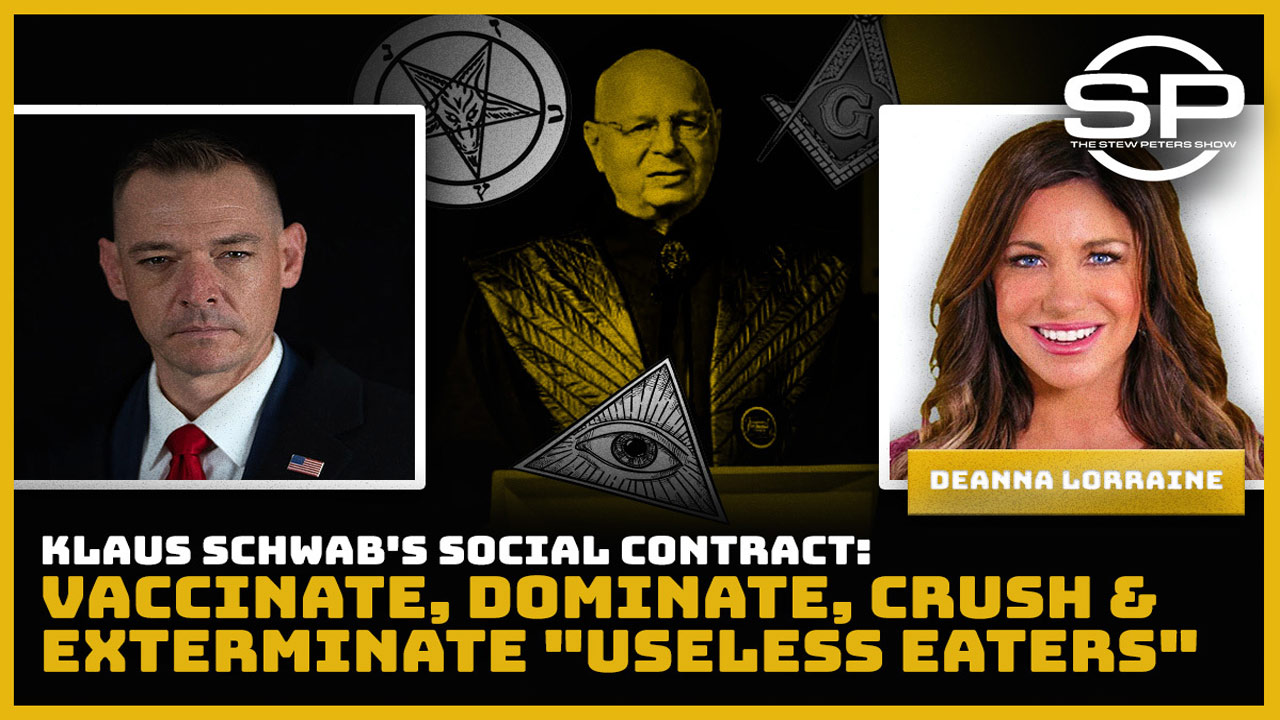 The World Economic Forum, held yearly in Davos, Switzerland, has become an infamous gathering where the elite meet to plan the future of humanity.

Recently, that planning seems to have had an overconcentration on depopulation, pandemic tyranny with vaccine passports and mandatory shots, and a new industrial revolution where no one works and the robots slowly supplant our roles in society.

Thursday on the Stew Peters Show, DeAnna Lorraine, one of the new hosts on ROAR nation, shared what came out of the Illuminati convention after the new variant forced the event to go virtual.

“Well there’s nothing suspicious at all about all the world’s billionaires meeting together to plan the fate of the world,” DeAnna said Thursday. “I love Klaus Schwab, he’s the most evil man, picking him for a movie about a dystopian villain, it’s straight out of central casting.”

DeAnna shared that the global vaccination program was one of the primary focuses of Davos 2022, including the immunization of the entire world, with no exemptions for babies or mentally ill children.

“A constant thing that was said was planning for the next pandemic, what we’re going to do in the next pandemic,” DeAnna told Stew. “If they want to just know how the next year and the next five years are going, this is the agenda.”

DeAnna also shared that the global elite pressured CEOs to fire employees if they don’t submit to critical race theory and the anti-white agenda, including the use of implanted microchips.

“It’s not going to be long before these chips by the way are able to deliver some sort of electronic shock to your brain if you step out of line,” Stew told DeAnna. “This is sick, this is what’s happening, they’re telling you that it’s happening right out in the wide open.”

Dr. Sherry Tenpenny: Vaccinated just want their boosters and blame their illnesses on the unvaxxed

“Vaccines” Are Delivering Payloads For Mass Genocide and Dehumanization