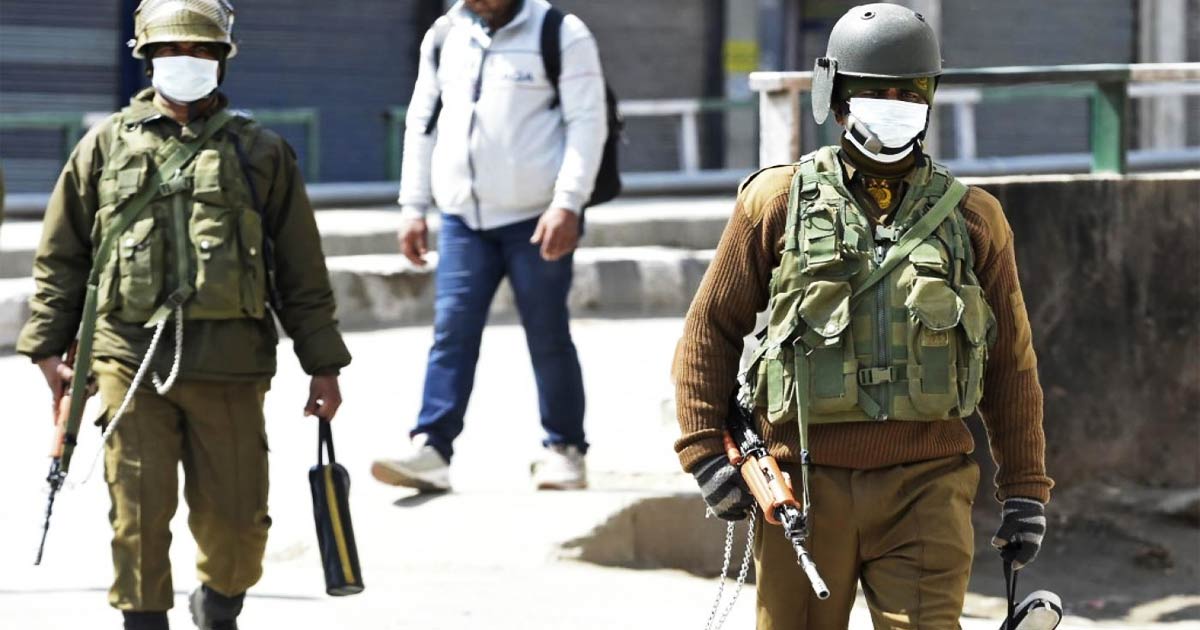 In the course of dealing with the coronavirus pandemic, when the Indian administration in Kashmir started appealing to people to report the travel histories of their neighbors and acquaintances, a joke sprang up in our circle of friends.

“This is mukhbiri, just that it is being asked and done the legitimate way now,” was the general remark. Mukhbiri is the term Kashmiris use for the loathed practice of locals informing Indian forces about the presence of militants, often for a cash reward.

The joke did not last long. We soon had to come to terms with what it entailed: essentially, a fully fledged surveillance state, openly admitting to such practices.

A news report about “hunting” patients lauded a top bureaucrat, also seen at the forefront of promoting normalcy narratives in the run-up to the August 2019 siege of Kashmir, as the Desi Sherlock Holmes.

The report quoted him admitting to the use of phone records, ATM histories and ticketing information to trace the “delinquents” who did not reveal their recent travel histories.

“Since March 10, the administration has set up a 24/7 control room with heat maps and phone trackers to locate people,” the story noted. Such intensive surveillance is not backed by law, but is practised with impunity in the name of a pandemic.

A sense of collective panic was created to evoke submission from people for such intrusive practices. It is also a glimpse into the surveillance tech infrastructure already in place in Kashmir, as such a system could not have emerged overnight.

Such surveillance has, over the years, allowed for the state to come down with an iron fist on Kashmiris, and has been true more recently in relation to the use of social media. The Indian state has used multiple resources, both human and technological, to deploy a “strategic and comprehensive programme” as part of its counter-insurgency mechanism, “leading to fear and its internalisation”.

In the current scenario, the pandemic response sets an easy precedent for broadening such surveillance infrastructure in the future.

This coronavirus-induced lockdown is being used to push the state of exception as a normal governing paradigm. While the issue of “law and order” has been previously used by the Indian state to suspend fundamental rights in Kashmir, the tropes of public safety and health are now being used to normalise these practices.

The suspension of daily life, which has over the decades become a frequent marker of punitive action against freedom-seeking Kashmiris, is now induced as part of emergency measures to protect and safeguard those same people.

The overall response by the administration is a reflection of “garrison governance”, where the bureaucratic is enmeshed with the coercive, which has been in practice for decades since the Indian state took to curbing Kashmiri demands for self-determination through brutal counter-insurgency measures. The presence of soldiers is seen as essential for state institutions to work.

While the military has been pressed into service elsewhere, especially to work on alternate medical facilities, in Kashmir, it has been seen taking on administrative functions, distributing essentials and increasing its community presence, as part of its attempt to promote its benevolent and humane face – even as violent practices of cordon and search operations continue.

Physical violence has been reported across Kashmir, as policemen and paramilitary personnel manning the streets take to beating locals for venturing out. In a viral video from Baramulla district, roughly 50 kilometres northwest of Srinagar, police are seen beating a young man trying to explain why he is out on the road.

In the video, police ask for a curfew pass and question why the man is not wearing a mask, while raining blows on him and turning a deaf ear to his responses. His father, standing alongside, grabs the police officer by his clothes and slaps him, as another officer asks for reinforcements to be called.

This is something Kashmiris can closely relate to: fathers coming to the defence of their sons, and vice versa, while armed personnel use violence with impunity.

From people required to provide essential services, including rations and groceries, to even medical professionals, there have been reports of security forces resorting to heavy-handed tactics in order to enforce the lockdown – perhaps because these personnel are only trained in inflicting violence, and do not know another way to police.

The number of arrests for violating the lockdown is higher than the number of tests done for Covid-19 in Kashmir: 588 samples tested until 29 March, against 337 first information reports (FIRs) and 627 arrests during the same period. This speaks to a militarised infrastructure far stronger than the basic healthcare system.

Caught between a pandemic and a militaristic state that excels only in violence, Kashmiris find their woes multiplied by the internet apartheid put in place last August and restored after months but at throttled speeds.

The administration crowding people into quarantine centres is, in some cases, akin to detention for the Kashmiri psyche. A journalist was threatened with a police complaint, despite the fact that he had followed all required procedures after travelling to Kashmir from Delhi, including a clearance from a local government hospital.

The administration has repeatedly invoked its strict-action-will-be-taken rhetoric, rather than providing clear and vital information to the public. The language used in official directives and updates echoes counterinsurgency manuals, from threatening dire action, to making contact-tracing sound like a form of retributive warfare, to speaking of surveillance teams’ brilliant skills in tracing and intercepting “suspects”.

By being on the front lines of daily Covid-19 updates, rather than having doctors present medical bulletins, the administration has also made itself hyper-visible, attracting praise for doing what duty demands.

The fact that this is being advanced as an opportunity to reach out to “alienated” Kashmiris is not surprising, contributing to the narrative warfare in which the state, its administrative arm and its armed personnel project themselves as protectors and guardians of the very people they repress.

Kashmir, for the Indian state, has always been the state of exception – its people viewed as undeserving of rights, while it remains integral to the hyper-nationalist discourse. We are living this lockdown in a militarised environment that refuses to see beyond its counter-insurgency playbook. But as long years of the resistance struggle have shown, Kashmiris will commit this, too, to memory.