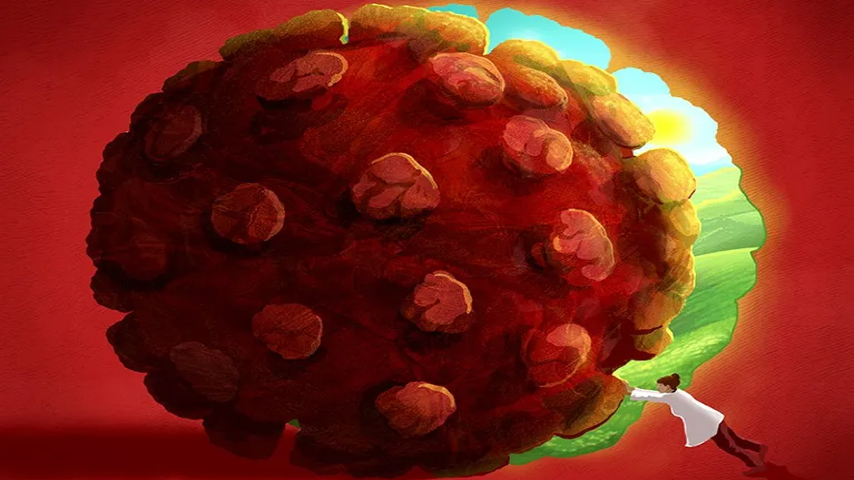 If you are under the impression that recent revelations about vaccine injuries are going to result in inquiries, criminal convictions, or even a temporary pause to mRNA vaccine production, you are sadly mistaken.

On the contrary, not only do our governments and the media continue to praise mRNA technology, but the intent is that mRNA vaccines will treat many other illnesses as well, bringing in further billions of dollars to pharmaceutical companies and the experts and government officials who have been bought off to go along with this scam.

To this end, manufacturing facilities are being built around the world.

But first, let’s briefly look at how we got to a place where these experimental gene therapies were finally foisted upon an unsuspecting public.

It was in the 1960s that the development of messenger RNA or mRNA was first discovered. The biggest challenge was getting the message—the RNA transcript—delivered and read into proteins in the cells before it degraded.

In the early 1980s this problem was ‘solved’ by nanotechnology: “the development of fatty droplets (lipid nanoparticles) that wrapped the mRNA like a bubble, which allowed entry into the cells. Once inside the cell, the mRNA message could be translated into proteins, like the spike protein of SARS-CoV-2, and the immune system would then be primed to recognize the foreign protein.”

Preparation had been ongoing for years. But they needed a pandemic in order for all of that hard work to pay off.

CureVac is pioneering the use of natural and chemically unmodified mRNA as a data carrier to instruct the human body to produce its own proteins capable of fighting a wide range of diseases.

The investment will support continued development of CureVac’s platform technology and the construction of an industrial scale Good Manufacturing Practice (GMP) production facility. As part of this partnership, CureVac and the Gates Foundation will collaborate on the development and production of numerous vaccines against infectious diseases that disproportionately affect people in the world’s poorest countries.

Cut to today, and the World Health Organization has announced a collaboration with the Medicines Patent Pool (MMP) and Curevac, promising to bring the world “Revolutionizing RNA for Life.”

In December 2019 the first FDA-approved vaccine against Ebola was approved. But since Ebola is only found in a few African countries it has no commercial value in the United States, so it never inspired much enthusiasm.

Around the same time, experts simulated a Coronavirus Pandemic. We all know what came next. News of the coronavirus that causes COVID-19 emerging in central China. From there, it swept across the world, forever changing all of our lives.

In May of 2020, the Trump administration outlined its ‘audacious’ plan to deliver ‘hundreds of millions of Covid-19 vaccine doses by the end of 2020.

At a Rose Garden press conference, the president and his deputies acknowledged their goal, dubbed “Operation Warp Speed,” was lofty. Trump said the project was “risky and expensive.” Gustave Perna, a four-star general who oversees logistics for the U.S. Army, called the task “Herculean.” Moncef Slaoui, the pharmaceutical executive Trump appointed to lead the initiative, said the goal was “extremely challenging.”

With the emergence of the coronavirus, Big Pharma had found a way to convince desperate wealthy nations to pay big bucks for its mRNA vaccines.

Contracts were signed and the deal was sealed. Millions of people willingly took the jabs, believing the lie that they were protecting themselves and others from a deadly disease. Still others were terrorized or bullied into taking these experimental gene therapies.

By November 2021, the Peoples Vaccine Alliance revealed that Pfizer, BioNTech and Moderna were making combined profits of $65,000 every minute.

Although the experts lamented how poorer nations were being left out of the equation, no one did anything about it.

Of course, those of us who never submitted to these so-called vaccines are of the opinion that poorer nations are fortunate to have been left out. But that’s not the point. The point is that the purpose of this product has always been for profit, not concern for the public’s health. The way Big Pharma wooed wealthy nations while ignoring poorer ones, is proof.

Now that Western interest in the Covid vaccines is waning, the WHO and its partners are turning their attention to poorer nations at last. Vaccinating the entire world population against a relatively mild illness under the guise of equity is a front for a larger goal; an excuse to chip, tattoo, and inject every single person on the planet, thereby subjugating humanity to the constant surveillance and control of the New World Order.

To this end, manufacturing facilities are being built all over the world. While those who read and listen to alternative news remain transfixed by the never-ending array of Twitter Files, the goals of world domination through health and safety continues unabated. Here’s a few locations to look at.

Back in 2020, Elon Musk invested in Tesla’s RNA vaccine printer for CureVac. The CEO announced that Tesla would be “building RNA micro-factories for CureVac.”

It’s going to be an ‘important product for the world,’ Musk promised.

Announced in April 2022, the state-of-the-art facility will be built as part of a ten-year strategic partnership between Moderna and the Government of Canada to strengthen the country’s preparedness to deal with pandemics in the future.

Once it is operational in 2024, the facility is expected to produce up to 100 million mRNA respiratory vaccine doses a year.

Moderna is investing in mRNA research and development (R&D) in the UK, and build a state-of-the-art vaccine manufacturing centre with the ability to produce up to 250 million vaccines a year.

The WHO is building a series of “mRNA global hubs” around the world. So far, the WHO has announced that fifteen manufacturers (the spokes) will receive technology through the mRNA hub. They are located in Egypt, Kenya, Nigeria, Senegal, South Africa, Tunisia, Indonesia, Brazil, Argentina, Pakistan, India, Vietnam, Bangladesh, Serbia and Ukraine.

A consortium including the Medicines Patent Pool, Biovac, Afrigen Biologics and Vaccines, South Africa’s Department of Science and Innovation, the South African Medical Research Council (SAMRC), a network of universities and the Africa Centres for Disease Control and Prevention (CDC) are driving forward an initiative to mass produce mRNA vaccines for Africa.

Preparing for future pandemics is key and so the WHO mRNA global hub is a critical building block to ensure that South Africa and the whole continent has the production capacity that is essential for equitable vaccine rollout,” said Dr Blade Nzimande, Minister of Higher Education, Science and Technology of South Africa. “The mRNA technology is not only for COVID-19, we hope it can be adapted to help us in the fight against HIV, tuberculosis and malaria.”

The World Health Organization (WHO) announced the opening of a global biomanufacturing hub located in South Korea to provide training to low- and middle-income countries seeking to produce vaccines and other biologics, such as insulin and monoclonal antibodies.

In March of 2022, the NIH launched Phase 1 of a clinical trial evaluating three experimental HIV vaccines based on a messenger RNA (mRNA) platform

In December 2022, Touchlight announced it had received a grant for an undisclosed amount from the Bill & Melinda Gates Foundation.

Touchlight says they have developed a “novel, synthetic DNA vector, known as doggybone DNA or dbDNA™ and enzymatic manufacturing process, which enables us to produce DNA at unprecedented speed, scale and purity.”

Get the idea? To produce millions, billions of mRNA vaccines faster than ever before and to administer them efficiently to everyone across the planet for all manner of illnesses. Nothing is being slowed down. Nothing is being stopped. Quite the contrary. The manufacture of these gene therapies is moving forward at, as Trump would say, “warp speed.”

Not surprisingly, at the Axel Springer Award in 2020, Elon Musk raved about exploiting mRNA vaccines to his advantage.

“You can basically do anything with synthetic RNA/DNA. It’s like a computer program…. You could probably stop aging, reverse it if you want. You could turn someone into a frigging butterfly if you want with the right sequence. I mean, caterpillars do it.”

Always ready to make a buck, in 2020, Tesla came forward to tackle ventilator shortages amid the coronavirus pandemic. Before long the resourceful Musk had acquired 1,200+ ventilators from China.

This despite doctors such as Dr. Paul Casey, medical director of Bellin Health Emergency Services in Green Bay, warning at the same time that, “We now think putting someone on a ventilator is almost a death sentence.”

We’ll never know how many people died needlessly from being put on ventilators instead of being offered early preventive treatments. We’ll never know because things like that don’t matter.

What matters is the mass production of mRNA products and mass vaccination.

This begs the question, what death sentences further await the people of planet earth as these greedy overlords make their billion-dollar deals amongst themselves, expecting us all to go along with their experiments upon us, while they line their pockets at our expense?