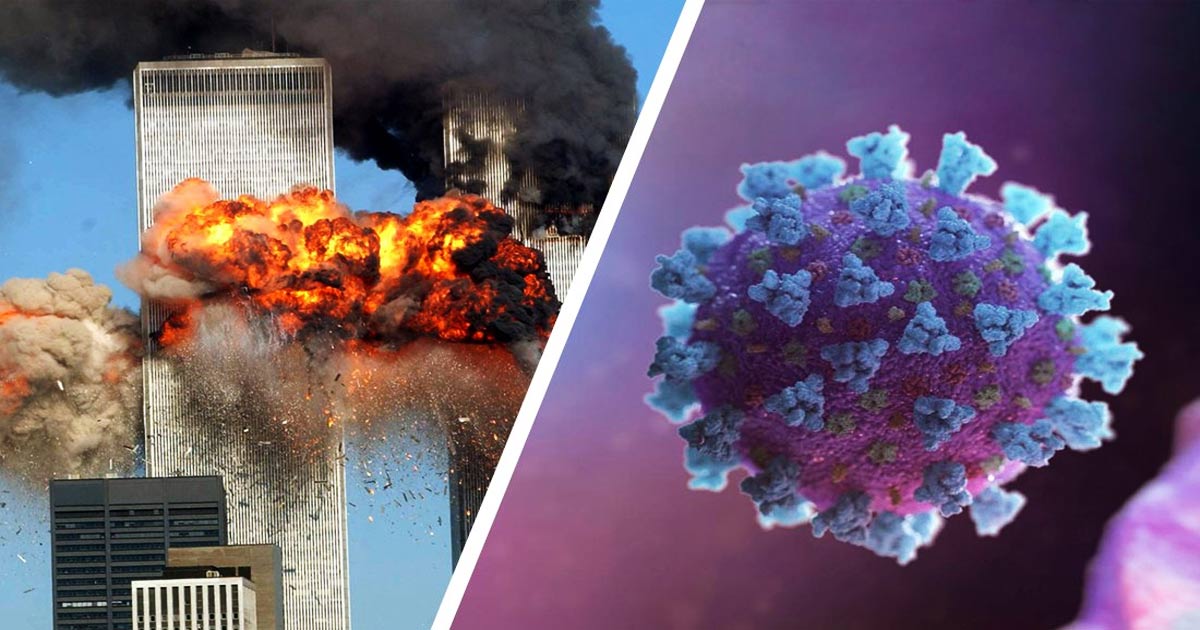 It’s truly an exciting time to be alive, and that’s because more and more people are “waking up” to concepts about our reality and the overall human experience that they were once previously unaware of. This has been happening for decades, but every single year it seems to amplify, and the process of our ‘awakening’ seems to accelerate rapidly.

This type of ‘awakening’ happens in all areas that surround human life. People learn deep truths about health and medicine, education, geopolitics, consciousness, extraterrestrials and much more. The idea that a small group of corporations and the people that run them have a strong hold on our perception, thoughts, emotions, and reactions regarding information and major world events is now far from a mere “conspiracy theory” in the eyes of many. It can be seen quite clearly, and mainstream media has been exposed as the true bearer of “fake news” by many people.

Events like the coronavirus simply accelerate the process of awakening, and expose mainstream media outlets for what they truly are in this moment. There’s a reason why mainstream media has such strong connections to intelligence agencies and have their roots in psychological warfare. You can find documentation and examples of that in an article I published a while ago here.

A quote from Edward Bernays, known as the father of public relations, is powerful because it sums up these thoughts quite well:

The conscious and intelligent manipulation of the organized habits and opinions of the masses is an important element in democratic society. Those who manipulate this unseen mechanism of society constitute an invisible government which is the true ruling power of our country. We are governed, our minds are molded, our tastes formed, our ideas suggested, largely by men we have never heard of.

When 9/11 happened, we were told that terrorists attacked the World Trade Centre. As the months and years went on, more and more people grew suspicious of their government’s explanation of what happened that day, this included many politicians and academics as well, further adding fuel to the fire. Evidence came forward, science was done and whistleblowers spoke out, giving us a very clear idea that what we were told happened that day, most certainly did not. Today, many polls show that more than half of the American people alone don’t believe the official explanation of what really happened that day. Since 9/11, hundreds of millions of people have become aware of “false flag” terrorism, which is the idea that the ‘powers that be’ created these events, fund terrorism, stage them, and then use these events to justify the infiltration of another country for ulterior motives. They basically create the problem, in several different ways, and then propose the solution.

Organizations like Wikileaks and whistleblowers like Edward Snowden have proved, as well as explained, how events like these are used to justify a heightening national security state, one where more and more of our basic rights and freedoms are stripped from us under the guise of ‘goodwill.’

But these events have shifted human consciousness. People become aware of how our world truly works and functions, a process we call ‘Breaking The Illusion‘. People begin to see that the world they think is real is actually not, and that things like corruption exist within the geopolitical realm, an important realization if you wish to reflect on whether our political process truly serves us or not. This then changes the perception of people around the world, causing us to choose new paths and actions as to how to live our lives in society. Paths that would not change if we never ‘broke the illusion.’

Another major event is happening right now, the COVID-19 pandemic. When it comes to COVID-19, what has many people asking questions is the ban and censorship of information. For example, YouTube is now actively banning any content that contradicts anything that the World Health Organization (WHO) states with regards to the new coronavirus. Vimeo recently banned a documentary exposing “Big Pharma’s” influence within the WHO. These blatant forms of censorship have some upset, but many others see it as an eyebrow-raising moment, showing quite clearly the corruption that exists in our world and the efforts that are put forth to control the perception of the masses. We then begin to ask why?

Controlling information and what people think is important if you wish to control their lives. This is why ‘Breaking The Illusion’ is one of the first steps in the CE formula to shift consciousness. After all, why do you think people like Julian Assange are in jail, and people like Edward Snowden are living in exile?

How far have we sunk if telling the truth becomes a crime? How far have we sunk if we prosecute people that expose war crimes for exposing war crimes?  How far have we sunk when we no longer prosecute our own war criminals? Because we identify more with them, than we identify with their people that actually expose these crimes. What does that tell about us and about our governments? In a democracy, the power does not belong to the government, but to the people. But the people have to claim it. Secrecy disempowers the people because it prevents them from exercising democratic control, which is precisely why governments want secrecy. Nils Melzer (source)

With COVID-19, we are also seeing a large number of people questioning the measures that multiple governments have taken to lockdown countries. We are seeing people question the information that’s being put out by our federal health agencies, including the World Health Organization. We’ve see a number of scientists in the field, as well as doctors, also question the official narratives, and we’ve seen people like Edward Snowden, and many more, explain how this ‘pandemic’ is being used for ulterior motives. You can access those articles at the end of this article if you’re interested.

I’ve said it before and I’ll say it again, we are now living in a time where a digital authoritarian ‘fact checker’ is patrolling the internet and censoring content it deems as ‘false.’ It does not matter if the information is true or false, back by science or not, or whether it’s simply an opinion, if it doesn’t align with the mainstream narrative, you are not meant to see it or trust it. Should people not have the right to examine information, check sources, decide for themselves what is real and what is real or fake?

Narratives that go against mainstream media narratives are not acknowledged or countered, they are simply ridiculed and deemed a “conspiracy theory.”

The point is, events like this serve the collective. They wake us up, they help us see, they help shift the perceptions about our world and our world ‘leaders’ and  serve as a catalyst for more people to start asking questions, and to see that what we are told is not always what is. This is why events as such, although hard in many senses, and real in many ways, do indeed move humanity forward in a ‘positive’ direction. What’s happening now is not a tragedy, it’s exciting, and it’s not as bad as they’ve made it out to be. But again, you can go into that type of discussion and many more, in the articles below.

If You Die of a Clear Alternative Cause, It’s Still Listed As A COVID Death” – Dr. Ngozi Ezike

New Study: The Flu Vaccine Is “Significantly Associated” With An Increased Risk of Coronavirus

Updates On The New Coronavirus Vaccine – Are You Going To Take It? Will It Be Mandatory?

Coronavirus Is Proving The Human Race Can Come Together, For Anything, At Anytime

Edward Snowden: Governments Shouldn’t Have The “Mandatory Authority” To Keep People Inside

Coronavirus Deaths May Be Miscalculated

Dr. Ron Paul Gets Flagged As “Fake News” For Sharing His Opinion About Coronavirus

Bill Gates: We Won’t Go Back To “Normal Until” A Vaccine Has “Gotten Out To The Entire World”

LA Doctor: COVID-19 Patients Go From ‘Very Ill’ To ‘Symptom-Free’ In 8 To 12 Hours With Hydroxychloroquine & Zinc