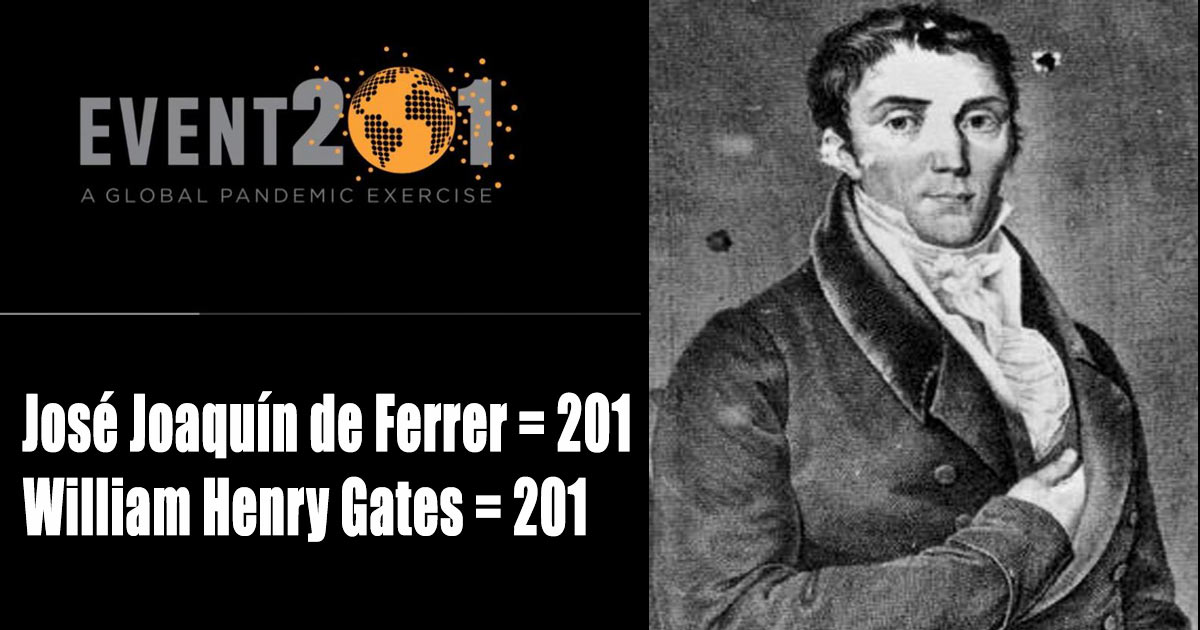 José Joaquín de Ferrer, shown above doing the masonic pose, the hidden hand, is credited with the term ‘corona’, relating to a solar eclipse. Notice how his name factors in. Check his Wiki page here.

Think of Pope Francis, the Jesuit, and possibly Mason, doing the hidden hand, among others.

Read about the film Inferno, Bill Gates, Tom Hanks, and the number 201 here.

And about the ‘hidden hand’…

He died in Bilbao, Spain.

His location of death also encodes the 121…

Read more about 121 and the coronavirus outbreak here.

Of course, we’ve been discussing the Knights Templar much, regarding the Catholic Church, and the coronavirus outbreak. We’ve also been discussing the Bavarian Illuminati. And with that in mind, notice the location of where he coined the term “Corona”, Kinderhook, NY.

Aleister Crowley 666: The Essence of Evil