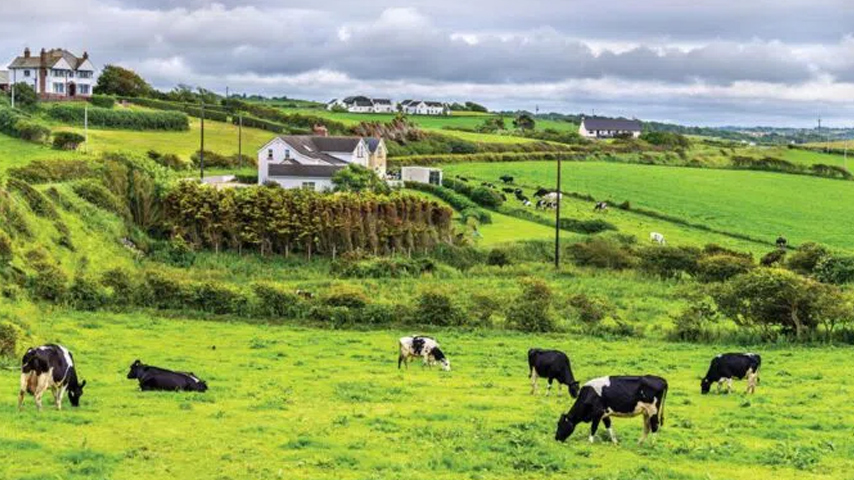 The Irish government is set to impose an emissions cut of around 28 percent on farmers, according to reports.

As part of the World Economic Forum’s Great Reset agenda for humanity, Irish leaders are joining their counterparts in the Netherlands and Canada in phasing out farms and endangering the global food shortages even more.

Canada’s Justin Trudeau has already announced that he is moving forward ahead with the WEF’s plan to abolish farms by the year 2030. He said he plans to reduce Canadian fertilizer use, which will in turn bankrupt farmers.

Meanwhile, Dutch farmers have been protesting for weeks after their government instituted plans to bankrupt them and disrupt food supplies in Europe. Prime Minister Mark Rutte is one of the WEF’s Young Global leaders who has vowed to help usher in ‘The Great Reset‘.

Breitbart reports: Farmers in Ireland may soon be forced to make potentially damaging changes to their businesses as climate alarmist ministers within Ireland’s government look set to cut the sector’s emissions by around 28 percent.

Officials within the Irish government have been haggling over how badly to hammer the country’s farms with green legislation for some time, despite the visceral reactions of farmers in fellow EU member-state the Netherlands to the curbing of nitrogen emissions, due to the damage the EU-inspired restrictions will cause to their businesses.

According to a report by The Times, Ireland’s Minister for Agriculture, Charlie McConalogue, has already agreed to force a cut of either 27 or 28 per cent on the country’s farming sector, a move that will cause significant disruptions to local businesses.

However, the publication also claims that there is still significant pressure on McConalogue to implement a curb of 30 per cent, a measure the head of one of the country’s largest farming organisations has said would result in a massive cut in cattle numbers in the country.

“A target of 30 per cent would result in significantly reduced production, which could devastate the farming sector in Ireland,” Irish Farmers’ Association president Tim Cullinan previously said regarding such a move.

Even at the lower 28 per cent estimate, one of the Irish government’s own officials emphasised that it would not be business as usual, with such a measure requiring drastic changes in Irish farming.

“The targets assigned to each sector must be proportionate and reflective of the overall contribution,” Department of Agriculture chief inspector Bill Callanan reportedly told a parliamentary committee last week.

“Unlike in other sectors where technologies and/or lifestyle changes can be utilised, there are no silver-bullet solutions to reducing emissions from the agriculture and land use sector,” he went on to say.

Ireland’s massive push to see agriculture emissions cut by over a quarter comes as the Netherlands see roads and distribution centres blocked by farmers who claim that they are having their livelihoods obliterated by their country’s enforcement of EU green targets.

The Dutch government is pushing to cut nitrogen emissions in some areas by 95 per cent — a move that would result in as many as 30 per cent of the country’s livestock farms being forced to close.

Despite such a devastating impact, the government has pushed on with the enforcement, describing the closures as simply an “unavoidable transition” that is part and parcel of the EU’s reforms.

“For some reason, they aren’t coming after the airlines or other industries that actually are contributors to these emissions apart from the Dutch farmers,” political commentator Eva Vlaardingerbroek told Breitbart News during an interview with network editor-in-chief Alex Marlow.

“They are saying that the farmers need to give up 30 per cent of their land by 2030 and for a lot of these farmers that means they will go completely out of business depending on where they are in the country, and that land goes to the state, surprise, surprise,” she went on to say.

“Our farmers are being expropriated and the state is stealing their land… and oftentimes these are businesses that they have had in their families for centuries on end because the farming industry in the Netherlands is very strong,” she explained, while noting the links the country’s prime minister Mark Rutte has with the World Economic Forum (WEF).