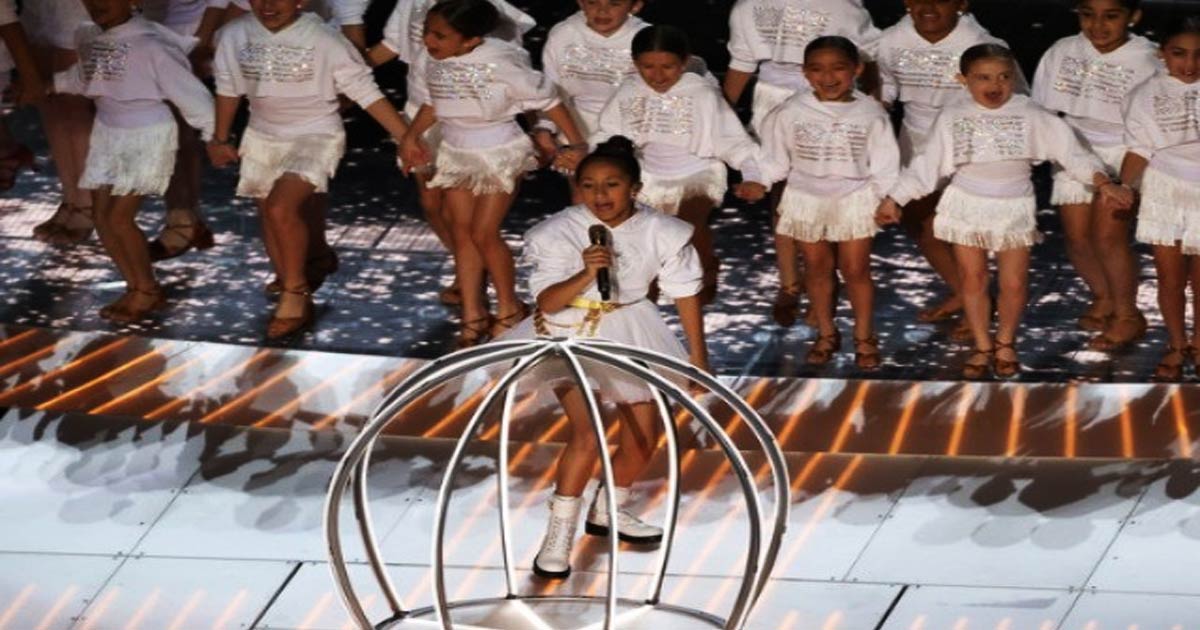 Another dose of insanity fed by mainstream which features normalizing abuse of children!

Jennifer Lopez’s 11-year-old daughter, Emme Maribel Muniz, crawled out of a cage before she joined her mother and began singing.

In all, roughly a dozen children crawled out of cages as the song Born in the U.S.A. pulsated throughout the stadium.

HOW IS NO ONE TALKING ABOUT THIS POWERFUL YET SUBTLE STATEMENT #PepsiHalftime pic.twitter.com/NJiD2lxmXn

So, in case you missed it during the #HalftimeShow, this powerful moment showed children in ‘cages’ as “Born In The USA” played… the statement. the power. wow. #SuperBowl pic.twitter.com/570UURT918

Read: Toxic Chemicals Are Stealing Millions of IQ Points From Kids in the US, New Study Shows

“The kids eventually joined Emme onstage and surrounded her as a backing choir, all in white sweatshirts with rhinestone American flags emblazoned across the front,” Billboard reported.

The display of children in cages, could be a reference to the Department of Homeland Security policy of separating children at the border from their parents and putting them in areas sectioned off by expanded metal fences.

“In June 2018, President Trump signed an executive order to end child separation at the border, but the apprehension of family units at the border have increased since then,” Breitbart’s Charlie Spiering reported.

“Lopez and Shakira were recruited for the show by Jay Z shortly after he announced he would be partnering with the NFL on social justice efforts and helping it ‘enhance’ its entertainment offerings last year,” the Hill reported.

“At the time, the league had been getting push back from numerous celebrities, like Rihanna and Cardi B, and fans who were upset with how former NFL player Colin Kaepernick was treated by the league following his on-field protests.”

Jay-Z and Beyonce were seen sitting during the national anthem at the Super Bowl.

Beyonce is also known for one of the more politically charged Super Bowl halftime performances when, in 2016, she performed the song Formation, which is believed by many to be critical of the police.