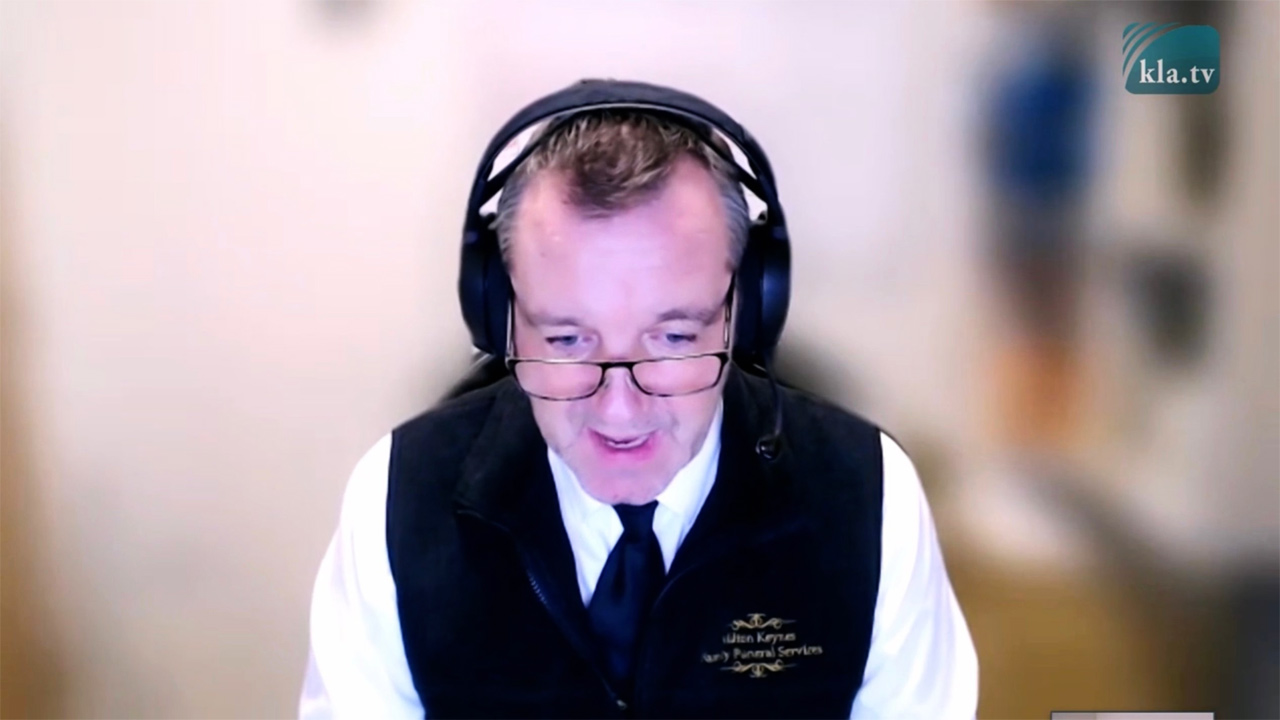 Funeral director John O’Looney of Milton Keynes family funeral services in Milton Keynes, England shared in his recent interview with kla.tv that deaths are at unprecedented levels at young people in their 20s, 30s and 40s and “all were vaccinated.”

According to John, along with a group of experts, they are seeing an increase in the number particularly of thrombosis deaths. (Thrombosis occurs when blood clots block veins or arteries can be life-threatening, such as a stroke or heart attack.)

“So, what we’re seeing is an ever-growing number, particularly of thrombosis deaths, interestingly. So, that comes across as heart attack, aneurysm, or stroke, and they’re in unprecedented numbers. I’ve never seen as many deaths. And not in just the elderly. It’s all manner of people. People in their 20s, in their 30s and 40s, and people that wouldn’t normally be dying, you know. And this was predicted and it’s (it has) come to pass,” John said.

John said the increase of thrombosis deaths this year is way greater than the previous 14 years and it is around a 500 or 600% increase.

“Well, to give you an amount…I mean a greater than any one of those 14 years. The increase is phenomenal, though. It’s not a two or three-fold increase. It’s around a 500 or 600% increase. That kind of number. And generally, on the odd occasion, you would get a thrombosis it would be an elderly person. It’s not people in their 20s and 30s and 40s, and they’re all jabbed,” John added.

He said that 9 out of 10 with blood clots were vaccinated.

“I’ve got doctors and police ringing me, nurses ringing me, all saying the same thing. It’s a total lie. On our media, they are saying the hospitals are full of non-vaccinated. That’s a total fabrication. It’s the polar opposite. 9 out of 10 patients in there, full of blood clots, are vaccinated. I’ve heard that from so many professionals that I’ve lost count. So, whether you choose to believe it or not, it makes it no worse. That is the truth. That is the reality. You can lead a horse to water, but you can’t make it drink,” he added.

As a funeral director, John said he can see the cause of death because it’s written down by the coroner and it’s e-mailed to him.

“As a funeral director I don’t need to see the death certificate, but what I do see is the coroner’s paperwork. So wherever there’s sudden death, the coroner is involved, and he writes what’s called a Form-6. And part of my job as a funeral director is to collate the paperwork and collate the application for cremation because the vast majority of funerals in the UK are cremation. I’d say about 5% are burials. And that tends to be a cultural thing, you know. So, I see this paperwork and I have to go through this paperwork and check this paperwork and make sure it’s correct. And I see the cause of death because it’s written down by the coroner. And it’s e-mailed to me. So I then print it off, check through it, and if there’s a problem; if there’s a mistake I would get back to the coroner and get it to resent, you know,” John said.

John was infected with COVID last year. He believed that the virus exists but it is recoverable and it’s not this deadly pandemic.

Watch the interview from kla.tv: