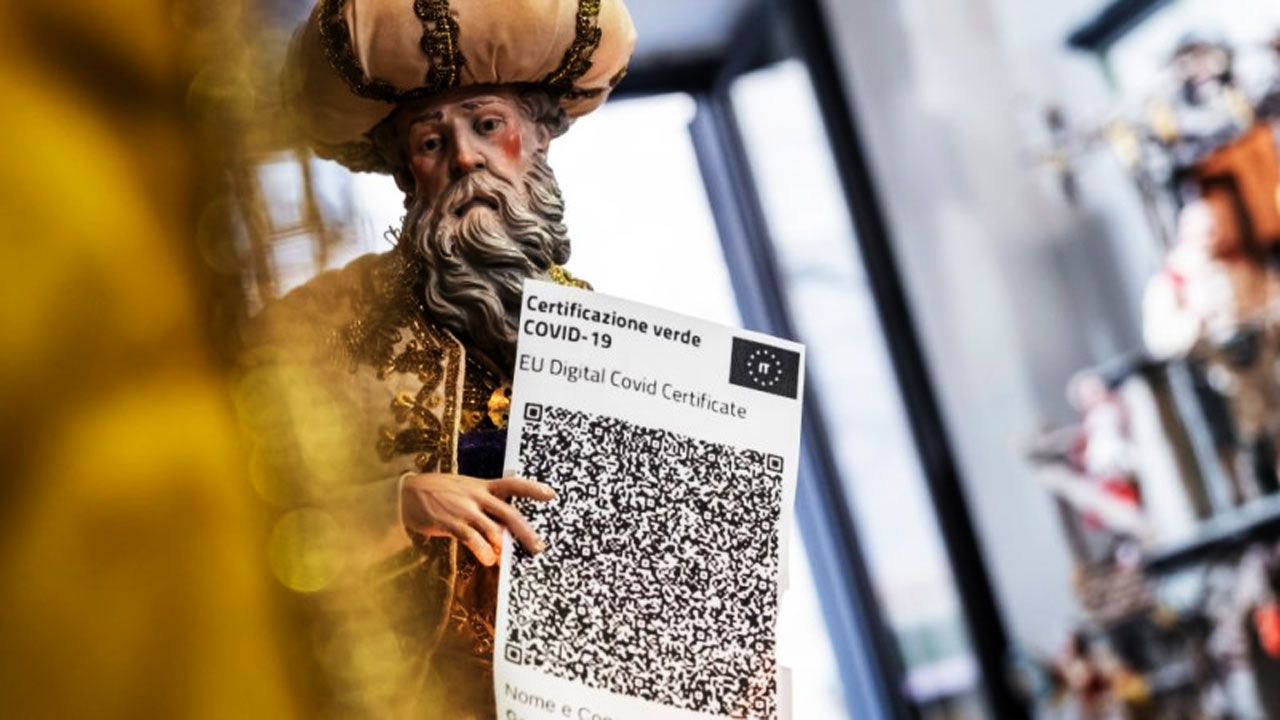 Germany is preparing to follow the example of Austria by imposing new lockdown measures that will exclusively apply to the unvaccinated.

As highlighted yesterday, Austrian authorities are enforcing the new measures by having police patrol supermarkets and highways, stopping people, and checking their vaccination status.

Similar scenes could now be about to unfold in neighboring Germany.

The Guardian reports that the COVID situation in the country is worse now than it was before the vaccine was introduced.

“On Tuesday the country’s disease control agency, the Robert Koch Institute, recorded a seven-day incidence rate of 312 cases per 100,000 people, with several areas at more than 1,000. A year ago, before the vaccine was introduced, the rate stood at 139,” reports the newspaper.

While “not as stringent” as the measures imposed on unjabbed Austrians, several states are now moving to exclude the unvaccinated from numerous venues.

The state of Saxony, where 85% of ICU beds are occupied by Covid patients, became the latest to introduce so-called 2G rules in all non-essential shops and facilities, meaning only people who can prove they have been vaccinated or have recovered from Covid will be allowed entry. Saxony’s social minister, Petra Köpping, said that in addition tests would be required if the incidence continued to rise to the extent that hospitals were unable to cope. 2G is a reference to the German words for vaccinated and recovered (geimpft and genesen).

North Rhine Westphalia is due to follow suit, with unvaccinated people to be excluded from entry to all non-essential facilities and events including football matches and Christmas markets. People wanting to attend carnival events as the season kicks off will be required to take a test in addition to being vaccinated or having recovered.

Berlin is also on track to introduced similar “2G-plus” rules, its mayor, Michael Müller, said on Tuesday. The city hopes to reopen vaccine centres, which were closed across the country at the end of the summer when they were deemed no longer necessary, but authorities have said this would happen in January or February at the earliest.

New measures that solely impact the unvaccinated will be imposed despite a choir concert earlier this month in Germany which only the fully vaccinated were allowed to attend ending in a substantial COVID outbreak that infected at least 24 people.

Meanwhile, an opinion poll in the UK found that a majority of Brits also want to impose a lockdown on the unvaccinated.

🇬🇧 58% of Brits would support an Austria style lockdown of the unvaccinated, rising to 63% among Conservatives & 72% for pensioners pic.twitter.com/kVRaafRsHh

The Czech Republic and Slovakia also plan to impose lockdown restrictions on the unjabbed in a bid to drive up covid vaccination rates and follow the example set by Austria.

From Monday, unvaccinated people in the Czech Republic will be banned from public events, bars, and restaurants.

Thousands of people took to the streets in Prague to protest against the new Covid lockdown restrictions.

Meanwhile, Slovakian prime minister Eduard Heger has also announced that services will be limited in Slovakia for anyone who has not been vaccinated against covid.

He said his Cabinet would vote Thursday on recommendations from an advisory group of medical experts. Among the proposals, which would be instituted for three weeks, are the banning of unvaccinated people from non-essential stores, shopping malls, gyms, pools, hotels, and mass public gatherings.

The Independent reports: Under surprise new rules announced on Wednesday, unvaccinated Czechs will not be able to attend public events or enter restaurants, pubs, or other services from next week.

The only evidence of completed vaccination or previous Covid-19 infection within the last six months will be accepted, putting an end to the era of mass precautionary Covid testing in the country.

The change will come into effect from Monday after approval by the government tomorrow. Children under 18 will be exempt from the rule, meaning they can still present Covid tests as proof that they are not infectious.

The Czech prime minister, Andrej Babis, claimed the new rules were necessary because “the only solution is vaccination”, as he said that the majority of Covid patients in Czech hospitals were unvaccinated.

The move is bound to be controversial in a country with relatively high levels of vaccine skepticism: less than two-thirds of the Czech population is fully vaccinated.

Five Italian Governors have called for lockdown measures to be imposed on the unvaccinated, following the examples of Austria, the Czech Republic, and Slovakia who are also moving to enforce similar measures.

Now Italy’s unvaccinated population, which stands at around 7 million, could be about to face the same form of medical apartheid.

“Eventual new lockdowns should not have to be suffered by those who are vaccinated. Restrictions should only apply to those who are not immunized,” said Massimiliano Fedriga, the Governor of Friuli-Venezia Giulia in the northeast of the country.

The Telegraph reports that “His stance is supported by the governors of Tuscany, Calabria, Liguria, and Piedmont.”

As reported earlier, despite the entirety of its adult population being vaccinated, Gibraltar is also urging people not to attend gatherings and has canceled its official Christmas events.