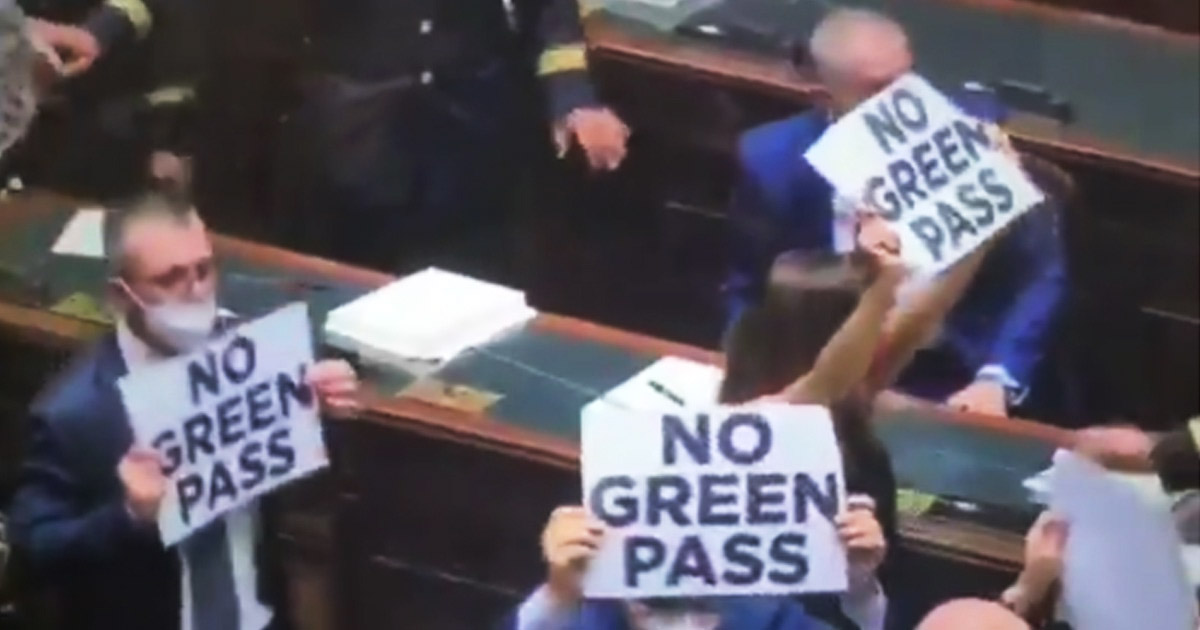 Italy will implement its mandatory vaccine passport (“Green Pass”) for all workers next month, becoming the first country in the European Union to make this demand, per Reuters.

All workers will be required to have the Green Pass in Italy next month. The Green Pass is Italy’s domestic digital or paper COVID-19 certificate that will indicate if a person has received at least one vaccination, tested negative within the last 48 hours, or has recently recovered from the virus.

The pass will be an extension of the European Union’s COVID-19 Digital Certificate, which was implemented July 1. Tourists that intend to visit Italy will also be required to obtain a Green Pass.

JUST IN – Italy to make its vaccine passport ("Green Pass") mandatory for all workers from next month, becoming the first EU country to do (Reuters)

People who turn up to work without a "green pass" risk being suspended from their job without pay.

The Italian Chamber of Deputies, the lower house of the bicameral Parliament of Italy, protested the Green Pass in July when it was discussed on the chamber floors. One member of parliament was chased through the chamber by security as he held the sign above his head before he was pursued out of the chamber.

“We are heading towards a mandatory Green Pass not only for public sector workers but also private sector ones,” Regional Affairs Minister Mariastella Gelmini told RAI radio. “The vaccine is the only weapon we have against COVID and we can only contain the infection by vaccinating a great majority of the population.” (READ MORE: Protesters Storm French Mall While Refusing To Show Vaccine Passports, SWAT Police Try To Stop Them And Fail)