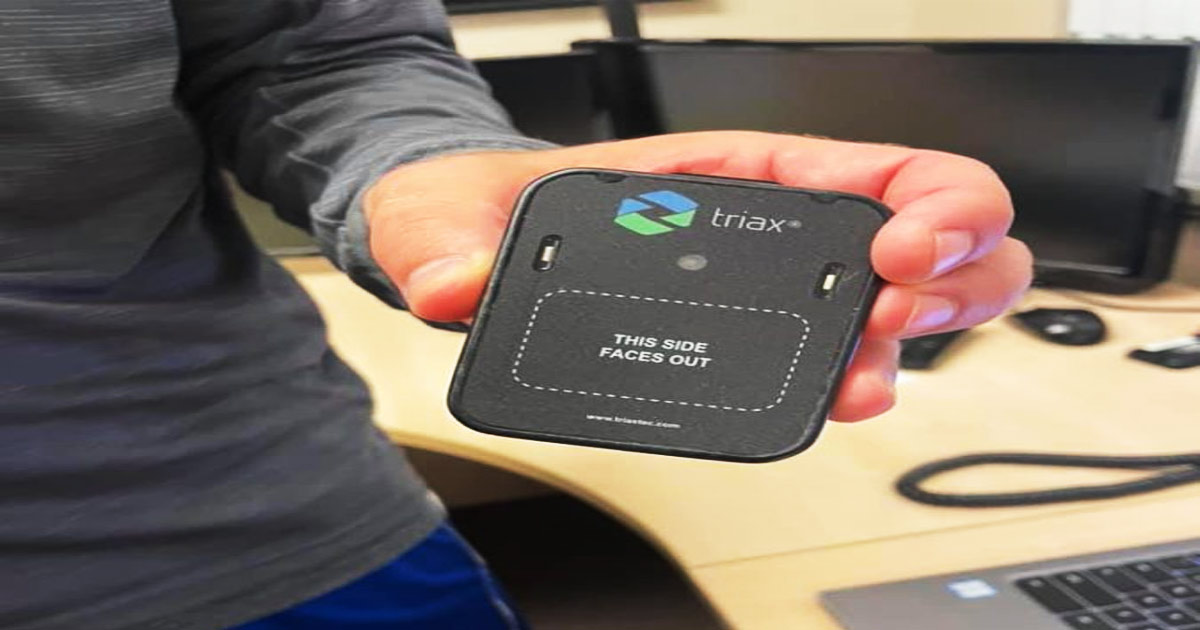 Eatonville, Washington: A 15-yr-old Eatonville girl was forced to give up her right to privacy as a condition to play volleyball on her high school’s team.  Without approval from her parents, the young girl has been wearing a tracking device on her ankle that allows the school to track her every movement. She agreed to wear the ankle bracelet that sends out an alarm when she violates social distancing rules because she wanted to play volleyball for her school.

The TraceTag tracking device used by the school was made by a company called Triax.

According to their website, an alarm will notify the user if they violate social distancing rules.

The main device of Proximity Trace, the TraceTag™, is affixed to any hardhat or worn on the body for proximity detection and contact tracing. Together we can keep people safer by maintaining social distances in the workplace and help support organizations’ strategies for getting back to work.

Being able to properly comply with social distancing guidelines is critical to containing and slowing the spread of COVID-19. Additionally, having a log of all worker interactions for contact tracing, in the event that a worker is diagnosed with COVID-19, will help to accelerate the process for further containment and isolation.

According to her mother, who spoke anonymously to The Post Millennial, her daughter was at a practice for the public school’s volleyball team and texted her that she was being asked to put on an ankle monitor.

The teen did not answer the mother’s follow-up texts or calls. The mother assumed she was playing during practice and attempted to contact the school via phone. However, no one at the school was able to answer her questions about the monitor, so she drove to the building.

The mother spoke to an employee in the school office, as well as a coach, and was informed there was a meeting last week discussing the ankle monitoring program for unvaccinated teens. The program was allegedly designed for contact tracing in the event of a positive COVID test of a student.

The mother identified the coach as Gavin Kralik, who told her that the device would inform the players when they were too close together and was only used for indoor sports. She was also informed that the device would be used for contract tracing so that in the event of a positive test, non-vaccinated students would have to quarantine for up to 14 days. Vaccinated students would not have to quarantine.

The devices were not mentioned in the district’s back-to-school policies for fall 2021.

The mother said Kralik told that there were forms to opt-out of the program at a meeting the previous week, which she was not informed about, and additionally, had received no communication about the meeting or the devices. According to the mother, the athletic director acknowledged the error and apologized for the “slip up” of not getting her consent.

The mother said that when she told the school employees that she was taking her daughter home, the teen was asked by an office staff member to remove the device before she saw her mother and said that the mother could only photograph the device in Kralik’s hand as pictured above, not on the child’s ankle.

The rest of the story can be found at the Post Millennial.