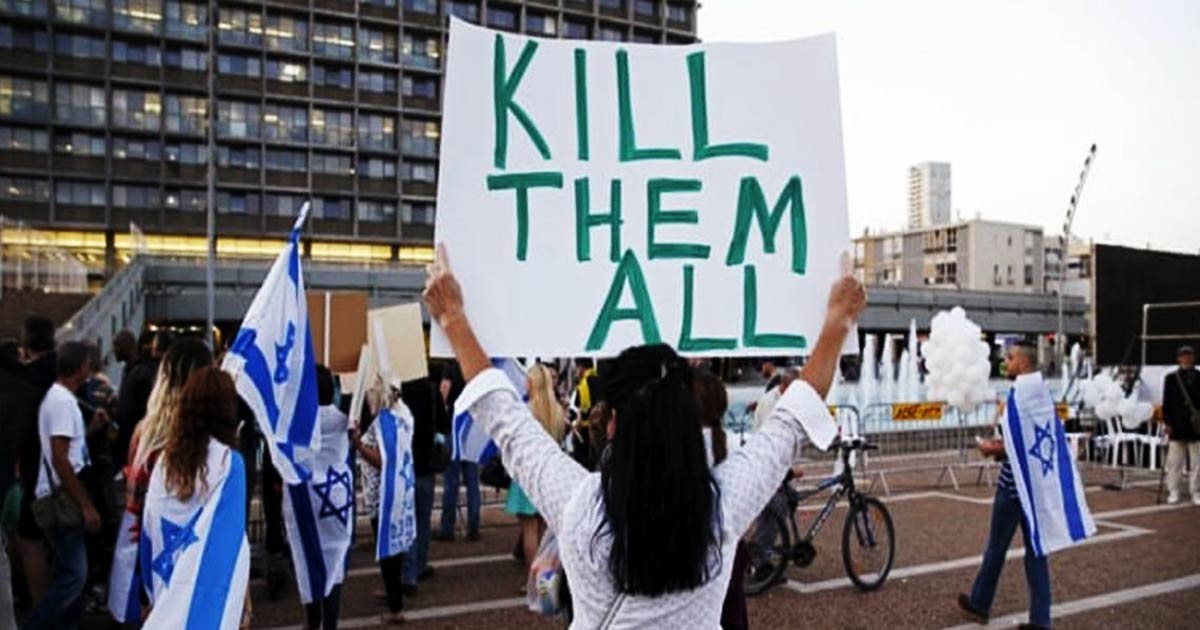 Israeli occupation excludes Palestinians from the safety measures take against the spread of the coronavirus. Israel protected Israeli prisoners and rejected to take same measures for Palestinian prisoners.

The coronavirus Covid-19 has spread around the world, with over 650,000 confirmed cases and over 30,000 deaths according to an updating dashboard run by the World Health Organisation. The Director-General of the WHO, Dr Tedros Adhanom Ghebreyesus, has said that it is “deeply concerned both by the alarming levels of spread and severity” of the virus.

This severity has pushed many countries to put hostilities aside and work together against the virus. Strict measures have been imposed to curb its spread and protect humanity: large gatherings have been banned; schools and universities have been closed; congregational prayers in places of worship have been suspended; and some countries have even released prisoners.

In Israel, however, the response to the virus has simply emphasised its officially-sanctioned racism. For example, on 20 March, the Times of Israel reported that Internal Security Minister Gilad Erdan had decided to release 500 Israeli prisoners into house arrest in an effort to reduce the risk of a coronavirus outbreak in the country’s prisons.

Not a single one of the 5,000 Palestinian prisoners held by Israel — including 180 children, 43 women and 430 detained with neither charge nor trial —is being released, though, not even those with critical health conditions.

According to the Palestinian Prisoners’ Club (PPC), at least four Palestinian prisoners held by Israel has tested positive for coronavirus. However, the Israeli occupation authorities deny this. The PPC pointed to the restrictions imposed by Israel on reporting news from its prisons, so it is in any case unlikely to make such an admission.

Rights group Addameer noted that the Israel Prison Service has banned visits to  by family members and lawyers since the outbreak of the virus instead of providing them with hygiene and cleaning materials essential to curb its spread. No other measures appear to have been implemented to protect the prisoners.

“Palestinian prisoners in Israeli prisons and detention centres constantly suffer from clear medical negligence,” explained Addameer. The situation has not changed since the outbreak of the virus. “Despite the fact that prisons are overcrowded and rooms, cells and sections are small, and lack proper ventilation, the IPS is yet to make clear preventive procedures… The prisons lack sterilisers, cleaning materials, and medications such as antibiotics and necessary nutrition.”

Last Thursday, the Palestinian prisoners threatened to launch a hunger strike if measures to protect them against the virus are not implemented. The occupation authorities did nothing for them, prompting them to begin gradual protest action.

The second evidence of Israel’s inherent racism is the inhumane treatment of a Palestinian worker who was thought by Israelis to have contracted coronavirus when he came down with flu-like symptoms. A video on social media showed him being dumped at Israel’s Sira/Maccabim military checkpoint near the occupied West Bank city of Nablus.

The man spoke to Palestinian and Israeli journalists about the incident. He explained that he had suffered from fever and his condition developed to a normal flu. His employer took him to Ichilov Hospital in Tel Aviv, where he was tested for the coronavirus, but before the result was known, police officers arrived, handcuffed him and took him to the checkpoint where he was dumped; he then collapsed.

While the occupation authorities ordered Israeli employees to stay at home, they decided to block thousands of Palestinian workers in their work places regardless of the measures being taken against the spread of the coronavirus. When a Palestinian worker was thought to have contracted the virus, the Israelis dealt with him with neither compassion nor mercy. Such words are not in Israeli vocabulary when it comes to dealing with Palestinians.

Other incidents have occurred over the past few weeks, but these two suffice to illustrate Israeli racism.

To conclude, take note of the words of UN Special Rapporteur for the situation of human rights in Palestine, Michael Lynk, who voiced his concerns about Israel’s racism when he observed that the official Israeli publications to increase awareness about the disease were issued “exclusively in Hebrew”.

“This serious imbalance is apparently being addressed after protests, but it highlights the importance of ensuring equality of treatment,” stressed Lynk. “The legal duty, anchored in Article 56 of the Fourth Geneva Convention, requires that Israel, the occupying power, must ensure that all the necessary preventive means available to it are utilised to ‘combat the spread of contagious diseases and epidemics.’”

Yet again, and to the surprise of nobody, least of all the Palestinians, the Israelis are simply ignoring international laws and conventions. And, as usual, the effects could be deadly for the people of occupied Palestine.

‘Assad must go’ no more, says US envoy for Syria. Except US policy is still regime change by another name