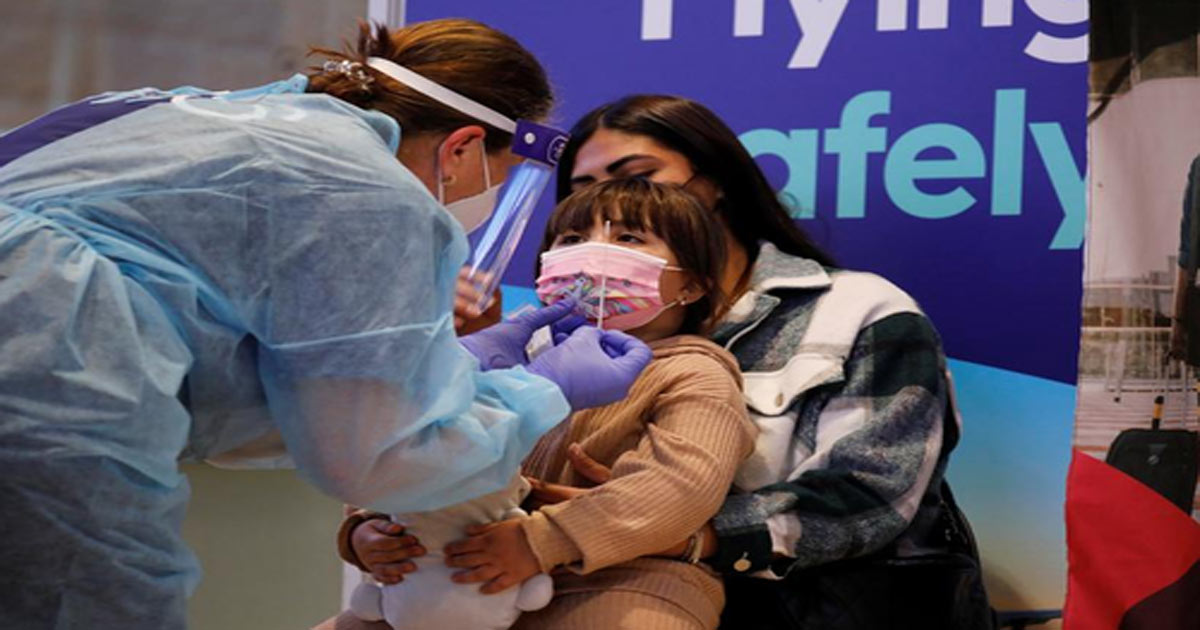 The world’s most “ultra-vaxxed nation” Israel is continuing to struggle to keep its coronavirus infections down, despite enacting some of the most stringent rules and requirements on its population, including rolling out one of the earliest versions of a vaccine passport to visit public venues, which has to be “updated” every six months or so based on a booster shot timeline.

Now Israel will go so far as to conduct “genetic scanning” for travelers arriving in the country. It’s considered a huge and experimental high-tech step in screening inbound passengers for coronavirus infections at Ben Gurion International Airport in Tel Aviv.

Prime Minister Naftali Bennett made the announcement at a meeting of his cabinet on Sunday, confirming plans to eventually deploy it at Ben Gurion. “We are working on a scanning system for everyone who comes into Israel,” Bennett said. The statements were reportedly not intended to be made public but were leaked to local Israeli media.

“Israel will thus become the radar for the virus,” he added. However, no further details on how the ‘genetic scanning’ will work were given, nor whether there might be an opt-out mechanism. Thus a Covid passport, which Israel calls its “green pass” – may be linked to an eventual regimen of forced genetic testing at international travel points.

The technology, which will no doubt be hugely controversial given privacy concerns, is being discussed as part of Israeli efforts to keep further Covid variants from entering the country, as The Times of Israel describes:

Bennett expressed support for Social Equality Minister Meirav Cohen, who had warned that “the next variant will come to Israel through Ben Gurion,” saying the proposed genetic testing would help prevent that from happening.

Conventionally since the start of the pandemic airports have often monitored passengers’ temperatures with a quick and simple thermometer scan of their foreheads, but Israeli health officials are now seeking a method that might given greater certitude over whether someone has the virus or not, and especially whether they are carrying a variant.

Again though it remains unclear precisely how the genetic scanning will work, it brings up the question of just what genetic data/DNA will be preserved on each individual. The initiative suggests that any foreign traveler entering Israel will have to agree to hand over their personal genetic data to potentially be stored by the Israeli government for all time.

Biden Prepares For Simultaneous Wars With Russia, China And Iran