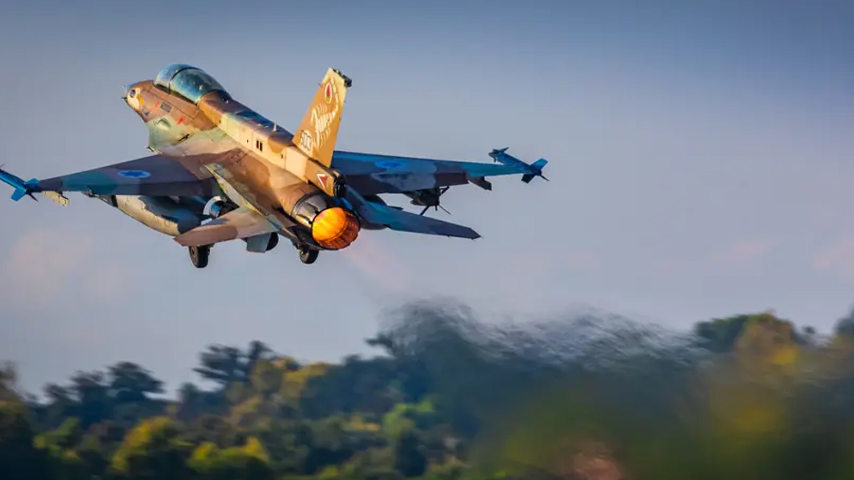 Hundreds of IAF aircraft, including fighter jets and refueling planes, took off overnight Wednesday from various bases to simulate striking targets far from Israel’s borders, including in Iran.

The exercise, part of the IDF’s monthlong Chariots of Fire drill, saw fighter jets, transport planes and refueling aircraft take off from several bases in Israel for Cyprus.

Israel has significantly increased its readiness level and has taken steps throughout the past year to prepare a credible military option against Iran’s nuclear facilities.

The IDF, which is planning several military options against Iran should the nuclear talks between the West and the Islamic Republic fail, is carrying out its largest drill ever with thousands of soldiers and reservists.

One of the possible military options has been simulated during the exercise.

IAF platforms, Israeli naval units and troops from the elite Shayetet 13, Yahalom special combat engineering unit, Oketz canine unit, Intelligence Corps and the C4I and Cyber Defense Directorate are also taking part in the drill, which will end on Friday.

Soldiers are training on varying types of terrain, including wilderness, urban, rural and high-altitude mountainous areas on the island, which will act as a substitute for intense fighting against Hezbollah in Lebanon.

The drill “constitutes an important component in maintaining the readiness of the IDF for a variety of operational scenarios,” the military said.

Defense Minister Benny Gantz and IDF Chief of Staff Lt.-Gen. Aviv Kohavi both visited Cyprus on Wednesday during the “Beyond the Horizon” exercise.

Gantz thanked the Cypriots and said the drill on the island nation illustrated the “depth of the strategic alliance” between the two countries.

“We’re talking about the peak of one of the largest and most widespread exercises ever done throughout the years.”

But, Gantz warned, “the IDF is constantly preparing for operations and various campaigns in various theaters, and it will inflict a severe blow on anyone who seeks to threaten the citizens of the State of Israel.”

Last year, Kohavi announced during a speech at the Institute for National Security Studies conference in Tel Aviv that he had ordered the military to begin preparing renewed plans for a strike on Iran’s nuclear program.

“Iran can decide that it wants to advance to a bomb, either covertly or in a provocative way,” Kohavi said. “In light of this basic analysis, I have ordered the IDF to prepare a number of operational plans, in addition to the existing ones. We are studying these plans and we will develop them over the next year. The government will of course be the one to decide if they should be used. But these plans must be on the table, in existence and trained for.”

With tensions increasing over Iran’s nuclear program and regional hostility, both Israel and the Islamic Republic have been threatening each other, with senior officers saying their militaries are capable of striking the other.

The NIS 58 billion defense budget set for the IDF in the coming year is expected to allow the military to focus on the threats posed by Iran across the region, with some NIS 3.5b. designated specifically for that.