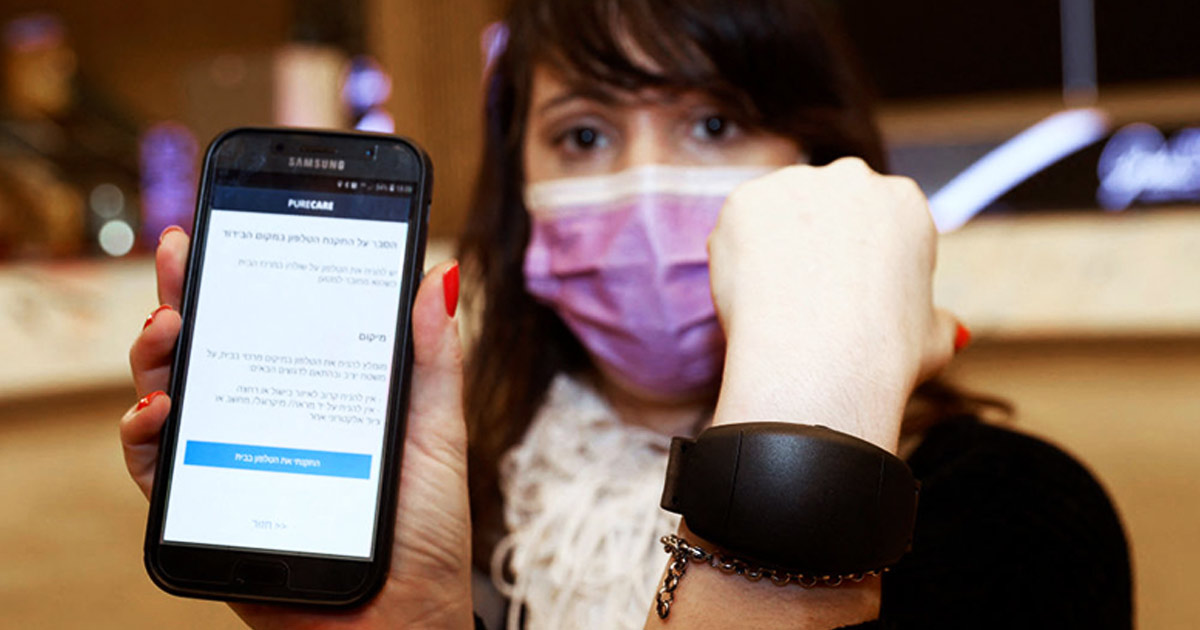 Israeli lawmakers have passed legislation that could see the government make it mandatory for all citizens entering the country to wear a tracking device.

The law says that Israelis returning to the country who have not had a vaccine can isolate at home so long as they accept a ‘freedom bracelet’, a GPS device that will track their every movement to ensure they do not break quarantine rules.

Anyone who hasn’t had a shot, or already had coronavirus and subsequently twice tested negative, and does not accept the tracking bracelet will be forced to undergo quarantine in a military manned facility.

The devices were recently trialed on citizens returning through Ben Gurion Airport close to Tel Aviv.

The device, which looks like a smartwatch is being produced by a company called SuperCom, which has previously worked with governments of several countries on systems to track and monitor prisoners.

The company claims that those who used the device reported “very positive and comfortable experiences” and “a high rate of satisfaction” using the tracking bracelet.

The development comes after a court ruling demanding that the country’s domestic spy agency the Shin Bet must back off Covid-19 contact-tracing surveillance.

The court ruled that the efforts are “draconian” and a threat to democracy in the country, and can only be used in emergencies.

Israel is also operating a two-tier society where those who have been vaccinated have a ‘green pass’ to go where they want, and those who haven’t must stay under lockdown.