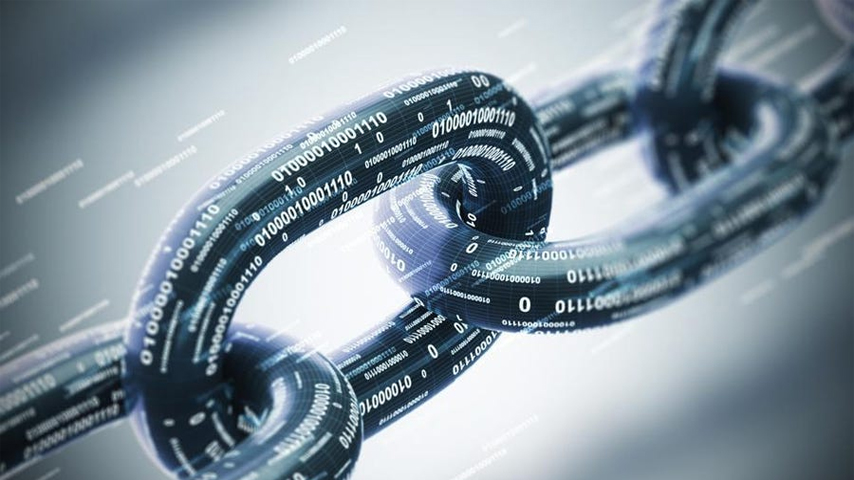 Both the graphene oxide contained in the jab and the Bitcoin blockchain has a hexagonal shape. Has anyone given any consideration to the idea that perhaps the injections are constructing a blockchain transmitter in the body?

During an interview, Catherine Austin Fitts, the publisher of the Solari Report, explained the end game for the central bankers. “We do know they want to go to an all-digital system with central bank cryptos.  The easiest way to build the prison is to get freedom lovers everywhere to build the prison for you.  To me, Bitcoin has always been the prototype on the way to building the all-digital cryptosystem that they would love to put into place.  You have $400 trillion in fiat (currency) and it needs a place to go.  If you are trying to buy up all the gold, silver and farmland, the last thing you need is competition from retail.  They want to shift them into crypto and get them to build the crypto train tracks.  In a funny kind of way, it’s brilliant.”

Taking the first step toward an all-digital system with central bank cryptos, Treasury Secretary Janet Yellen and the Biden administration also support a digital currency. Yellen stated at a virtual discussion mediated by the New York Times, “It makes sense for central banks to be looking at issuing sovereign digital currencies, Too many Americans don’t have access to easy payments systems and banking accounts, and I think this is something that a digital dollar, a central bank digital currency, could help with. It could result in faster, safer and cheaper payments, which I think are important goals.”

The world’s central banks, including the U.S. Federal Reserve, are finally dipping their toes into the crypto universe. Even China moved forward with its own digital yuan trial balloon.

According to Catherine, this development could portend a dark future for Bitcoin and other cryptocurrencies.  “When they decide to shut down our bank accounts and say you all get on crypto, universal basic income and take that injection or you can’t transact on the financial system, this is instituting a totalitarian system through the financial system. . . . When they shut that trap door, what you need to think about is where are you going to buy food?  We are in Never, Never Land.  We have two groups in our society:  One group that can print money, and the other who can earn money.  What we saw last year is the people who could print money declared war on the people who earn money.  They basically said we are going to shut down your businesses, and we are going to suck up and take your market share or buy you out with money we print out of thin air.

We have no pandemic. What this is is an economic war. This is pure politics.  This has nothing to do with economics.  How much will the central bankers, who can print as much money as they want, spend to get you into this platform?  Your guess is as good as mine.  The sky’s the limit as to how much they can spend.  Remember, once they decide to bring out the central bank currencies, and they have steadily been regulating the cryptocurrencies, Bitcoin, and everything else, so the day they decide to take this to zero, they can do it.  If you are going to invest in cryptos and build our prison for us, what you need to know is this thing could go to $300,000, and it can also go to zero.  This is a highly speculative market, and you need to approach it accordingly.”

In addition to the money hoax, we also must contend the fake COVID-19 vaccine hoax.., Dr. Judy Mikovits has stated the Moderna and Pfizer mRNA shot are gene therapy, not vaccines.  The COVID-19 injection contains synthetic RNA fragments encapsulated in a nano lipid carrier compound. The only purpose is to lessen clinical symptoms associated with the S-1 spike protein, not the actual virus.  It doesn’t stimulate immunity or stop any alleged virus.  This gene therapy only decreases your infection symptoms if or when you do get infected.

In essence, the mRNA injection could alter man’s systemic genetic coding, turning him into a spike protein factory. Synthetic proteins elicit the immune response, not the mRNA. The DNA present in every cell is turned into codes for the protein. The mRNA is an intermediary between the gene and the protein. It is the protein to which the human body develops the immune response.  Therefore, by definition, the mRNA vaccine isn’t a vaccine, because it doesn’t elicit an immune response. The RNA is asking the body’s cells to produce protein as a response, prompting the antibodies to stave off the virus. This is an irreversible genetic modification. Once the switch is turned on, it can’t be turned off.

Now image merging this grounding breaking technology with Elon Musk’s Neuralink. As a refresher, the Neuralink mind-chip is the conduit to connect your brain to a computer. Musk said his company is now working on an “awesome” version of the device.  Is this the beginning of Transhumanism’s ultimate goal of eternal life apart from God?

The immediate goal is to connect human brains to the internet. In theory, giving man god-like intelligence by connecting 5G to the human mind and merging man’s soul with the cloud, computers, smart phones and the internet of things. Neuralink is the next step in upgrading from hand-held to hand-implantable. Relegating smartphones to the dustbin of obsolescence. A wireless neural lace connecting the cerebral cortex (clay) to a sentient, quantum computer, (iron)

Currently, bacteria is being decoded and regenerated as new microbes, creating unique synthetic pairs of X and Y chromosomes capable of producing chimeras and monsters. Synthetic biology is unraveling and upgrading the physical DNA code into a digitized DNA code template. One billionth the size of a microchip, nanobots enable the digitized DNA genome code to be written on a word processor.

From a technological frame of reference man already has the tools available to create artificial life from inside a cadaver. For example, there are 3D bioprinters capable of making blood vessels out of stem cells based on bio-ink, a material used to create artificial tissue and human organs. In concert with synthetic biology, the definition of life can now be based on a digital code.

In its simplest terms, nanotechnology is atomically precise manufacturing. Tissue engineering is removing the dead cells from a human and leaving only the protein scaffold, which is repopulated with stem cells and incubated. Once the process is completed, it becomes possible to produce a 3D organ.

It’s become quite apparent the COVID-19 injection contains graphene oxide nanobots, which consume the iron oxide contained in the blood’s hemoglobin. While the nanobots slowly replicate, a magnetic, metallic structure is simultaneously constructed in the body. The build is completed when the iron oxide is finally depleted.

Of course, human life is terminated at some point in the process, as the body cannot survive without blood.  And although the body is dead, I believe the graphene oxide nanobots will finally morph themselves into a sentient substance called “Black Goo.”

As a forewarning, this is where it gets very dark and stranger…

Black Goo Programmable Matter is an intelligent, self-aware, self-organizing liquid crystal. It is a magnetic substance emitting, receiving, and corrupting the RF spectrum within the universal 5G network. In the esoteric occultic religion, Black Goo is considered by some as the elusive philosopher’s stone and tangible storehouse for demons.

Once Black Goo Programmable Matter is embedded and activated in the dead, the body will become animated as a vehicle for demons.

Black Goo defies the laws of physics in our physical world. It can stretch to thirty-five times its girth; Build pliable circuits onto human skin;  Embed itself into the body; Function as a bio-sensor that would mold itself to the human body; If broken the pieces can easily stick together again;  Placed on the forehead Black Goo can read and translate facial expressions; When stretched over the throat Black Goo turns speech into electrical signals. In the future, it could provide the foundation for soft-bodied robots.

Black Goo has been featured in many movies such as  Lucy, Stranger Things, Spider-Man 3,  Alien Covenant, Prometheus, A Haunting In Connecticut, Ares, The Matrix and The Silver Surfer.  Predictive Programming has been announcing the advent of Black Goo for the last thirty years.

Fashioned into an implantable microchip, Black Goo Programmable Matter could be the demonic fuel to power the mark of the beast. The Book of Daniel prophesied four separate ages, representing gold, silver, bronze, and iron/clay.  During the present fourth age of iron/clay, man will access the philosopher’s stone and its legendary alchemical substance Black Goo. Mixing the iron of technology, with the clay of man, creating an eternal Trans-human.

Alchemy is the occult science and black magic art of unifying matter and spirit. On a physical level, the process of burning off lead impurities transforms the matter of lead into gold via the legendary philosopher’s stone.  Alchemy functions spiritually as a mystical agent of Black Goo Programmable Matter.

When the vaxxed are dead & alive: nanobots morph into black goo, does sound insane until you realize our battle is with the powers of darkness.

Every material object on Lucifer’s earth will be chipped and plugged into The Internet of Things, powered by the 5G electromagnetic grid. Uploaded into AI, the statue of the first beast.