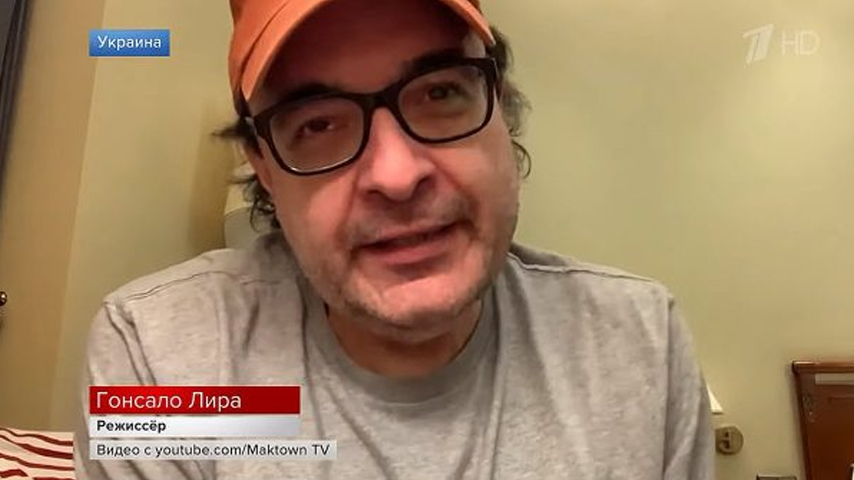 Coach Red Pill AKA Gonzalo Lira has gone AWOL and is presumed dead or captured.

The coach was broadcasting from Ukraine, mostly from Kharkov, since the beginning of the conflict, giving critical commentary on the conflict. We’ve posted a lot of his material here.

He would also say that if you didn’t hear from him in 12 hours, assume he’s dead or captured, and we’ve now not heard from him for more than 72 hours. His Telegram and all social media have gone dark.

He missed an appearance on George Galloway’s show on Friday. Galloway mentioned this again on Sunday.

⚠️ Gonzalo Lira was scheduled to be on George Galloway's @MoatsTV today April 17. Galloway confirmed he is unable to reach Lira. No-show.

Lira has been missing for 2 days, 6 hours, and counting. Presumed captured or no longer alive by @MapsUkraine. https://t.co/BNv7iRoQ44 pic.twitter.com/0Gi9BrmZTk

Hopefully @realGonzaloLira is oke? It has been 24 hours and he has not been online, there is a chance he has been abducted by the Ukrainians. pic.twitter.com/KrDcNfr7Ch

Last time I spoke to @realGonzaloLira through DMs was on Friday night, he mentioned to me that he could hear heavy shelling (in Kharkov): "By the way, I’m hearing all kinds of explosions here in Kharkov." I hope he hasn't come online due to some i-net blackout caused by that. https://t.co/htQ0A9qEDx

It is now safe to assume that @realGonzaloLira has either been abducted by the SBU or killed by Nazi paramilitary units in Kharkov city. Several people from inside the city have messaged me and their i-net works fine. I ask @ChileMFA to look into this matter as he is from Chile!

There are rumors that he’s dead.

An unconfirmed report today, in a comment by Oleg Petrov on Lira's Telegram channel, says that Lira has been killed:

But it’s safe to assume there would be rumors that he is dead even if he wasn’t dead, so I’m not sure that means much until we get some kind of confirmation. I’m not really sure what a confirmation would look like because if Azov/SBU is following this chatter, they might just claim they killed him even if they didn’t. Ukraine has repeatedly claimed to have killed Russian generals that turned up alive.

There’s not really much else to report here. I’m just giving an update. It’s not clear if he’s dead.

It’s possible he’s just holed up somewhere without any internet after the bombings in Kharkov. There was fighting in Kharkov over the weekend, and as stated above, in his last known communications, he could hear fighting.

That said, there do appear to be people using the internet from Kharkov.

Also, he was saying that people from Ukraine were trying to kill him. He was telling stories about what he was like, climbing out of windows to escape assassins and so on. Maybe he was embellishing some of that, but he was definitely in Kharkov, he proved that repeatedly, and he was definitely speaking out against the Zelensky terror machine, both on Telegram and other social media and on Russian and international TV. So I don’t really see any reason why the Ukrainians wouldn’t be trying to kill or capture him.

Ukraine has a policy of killing any journalists they see. They’ve killed several mainstream journalists from Western outlets. They attacked a Fox News vehicle and killed two people and blew off the legs of a Fox reporter who had been a regular on the scene.

Fox News correspondent Benjamin Hall, who was badly injured during a March 14 shelling outside Kyiv that killed two of his colleagues, shared his first update about his injuries.

Fox is obviously supporting the Zelensky terrorist regime and Azov, they just don’t want anyone filming anything that is happening. So there is no reason to doubt that they were hunting Coach.