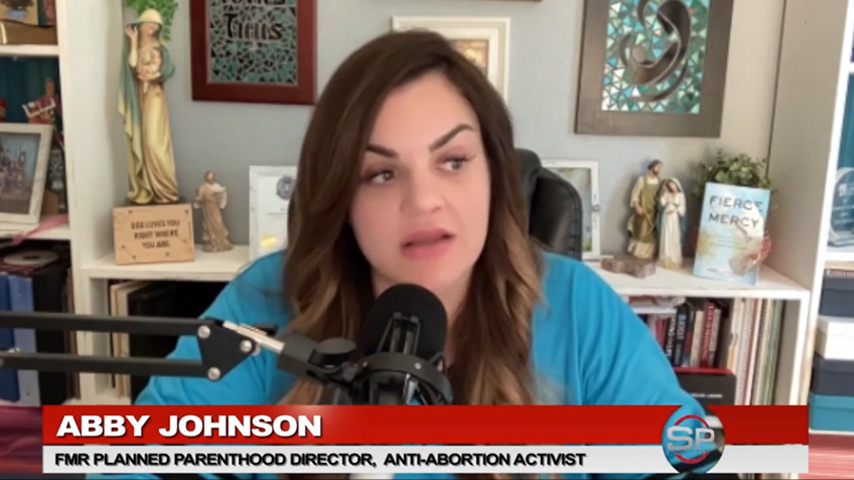 Since the Roe v Wade decision forty-nine years ago, sixty-three million American babies have been slaughtered before they were even born. That’s three thousand five hundred every single day. Of these sixty-three million murders, by far the largest single perpetrator is Planned Parenthood. Planned Parenthood carries out about one-third of the abortions in America, at hundreds of clinics around the country. Planned Parenthood and its leaders are some of the worst mass killers in the history of the world. They’re certainly the worst in the history of this country.

There is a systematic lie that Planned Parenthood tells the public. They get away with this lie because the press is in on it, and repeats their lies as unquestioned fact

The lie they tell is that abortions are just a “small part” of what Planned Parenthood does. That was the line they repeated over and over in 2015: Abortions are “just three percent” of their services. Of course, even if that was true, it wouldn’t matter, because abortion is baby murder, period, and it doesn’t matter if murder is just a tiny part of your life because it is completely heinous.

But it’s also just a lie.

Planned Parenthood’s existence revolves around abortion. They game their numbers by counting a single abortion as one service, and then if somebody visits them for something like birth control, they count every single item in a bag they give them as a separate product.

If abortions were illegal in America, the vast majority of Planned Parenthood would shut down. In fact, all of them might. They’d have no real reason to exist. Planned Parenthood’s political lobbying is about abortion. The millions they get from left-wing foundations and George Soros and everyone else are about abortion. They open their mills in poor neighborhoods and near high schools to find vulnerable people to lure into aborting their own children.

But remember, nobody is beyond redemption with the power of Christ. In September of 2009, Abby was called to assist in an abortion at thirteen weeks of gestation. She watched, via ultrasound, what abortion really looks like. She saw that the child being aborted looked so much like the ultrasound images of her own daughter. She saw the baby squirming and twisting against the vacuum tube that was used to end its life.

After this, Abby couldn’t hide from the truth about what she was doing. She resigned from the clinic, and then became one of the most famous anti-abortion activists in America.

Abortion is the worst crime in the history of this country, and Abby Johnson knows exactly how it works. She revealed how at her own clinic, there were target quotas for abortions to perform, in order to bring in more revenue to the clinic after the 2008 financial crisis.

Abby is the author of the book “Unplanned,” about her personal pro-life journey. That book was later adapted into a feature-length film. We highly recommend both the book and the movie, which directly expose the horrific truth about the abortion industrial complex.

Abby Johnson joins us, thank you for coming.

Tune in to this POWERFUL segment now at StewPeters.com, & follow Abby Johnson’s journey as she defends the unborn at https://abbyj.com/thanks-for-stopping-by-1/ !

Watch the true story of Abby’s testimony “Unplanned” at https://archive.org/details/Unplanned !