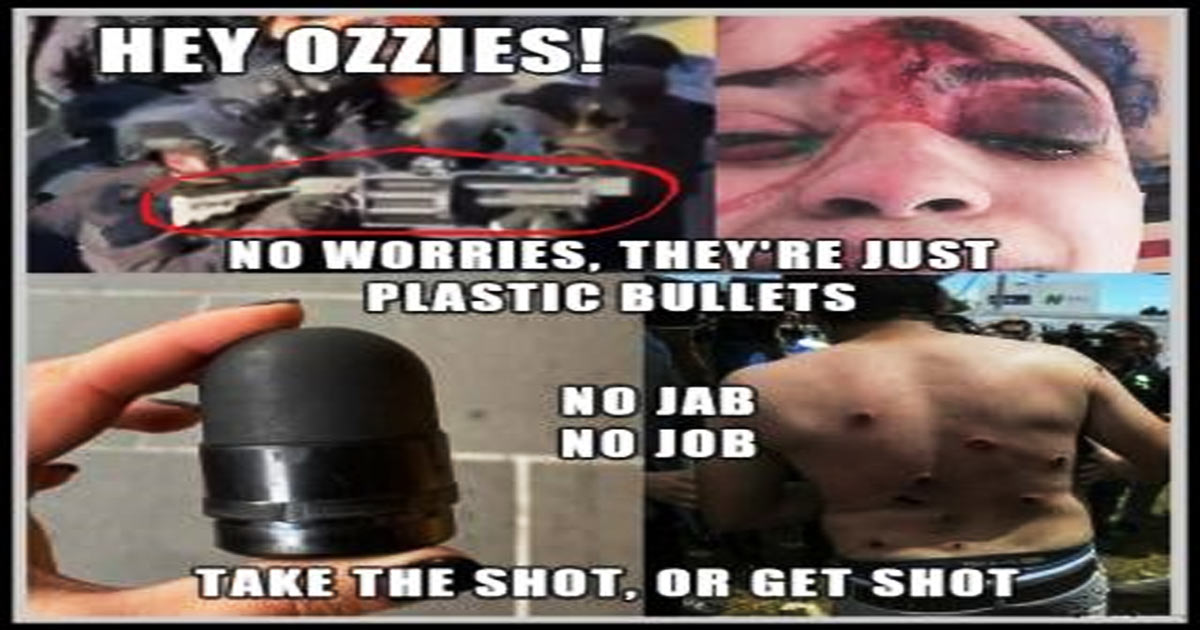 Footage out of Melbourne Australia this past weekend shows a squad of riot police harassing and beating grocery shoppers attempting to buy food and coffee before returning home, while a second video captured angry protesters fighting back, chasing the police away, and loudly chanting “FREEDOM”.

The insane video resembles something out of a dystopian nightmare movie.

The city is STILL under lockdown after 245 days, making it the longest lockdown anywhere in the world, and vaccine mandates have been announced for all state workers.

Protesters took to the streets and police struggled to contain all of them.

Workers in the state of Victoria, including retail workers, personal trainers, MPs, journalists, faith leaders, judges, police, lawyers, cleaners, farmers, spa workers, actors, and professional sportspeople have been ordered to get vaccinated within the next fortnight or risk losing their jobs.

Hundreds of protesters were arrested by police who stormed Melbourne’s Royal Botanical Gardens.

Australian Prime Minister Daniel Andrews dismissed suggestions that the mandate infringes on people’s freedoms, declaring “I’m not taking lectures on freedom from people who will hold all of us back.”

“There’s too much at stake,” Andrews further proclaimed, adding “We’re not making this decision for fun; we’re not making it lightly or flippantly. This is what has to be done to get us open.”

As we reported last week, Police in Australia is pushing for the government to declare no-fly zones over the sites of mass protests to discourage more people from rising up and joining those already on the streets raging against the medical tyranny being imposed upon the country.