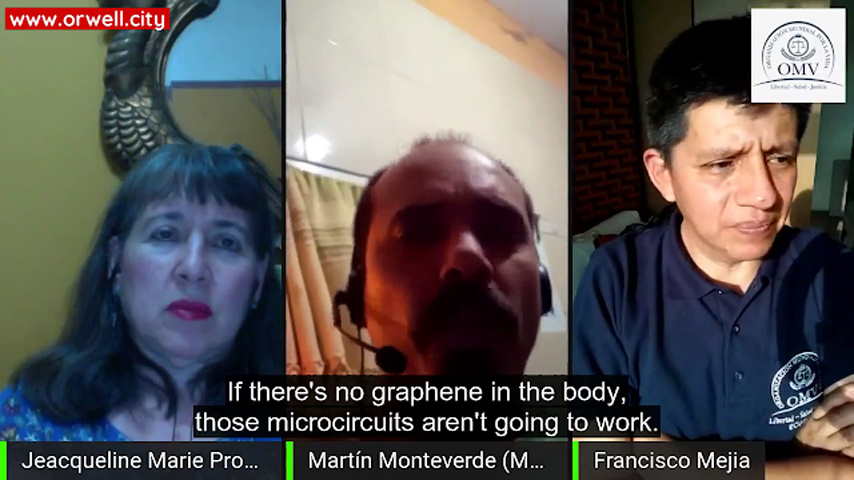 Dr. Martín Monteverde reported for OMV (World Organization for Life) that although there isn’t yet a known way to remove the injected microcircuitry from the body, removal of the graphene oxide causes it to stop working.

Dr. Monteverde is one of the researchers who performed the first analysis of vials in Argentina.

To improve this process we can use substances that are used to purify metals, such as zeolite, which is a volcanic rock. I don’t know if you know it.

Jacqueline Probst: Yes, I do. Yes, I have read about it. But about those structures that you mention…

Jacqueline Probst: Could it be that the body also gets rid of those microprocessor-type structures that you guys are talking about?

Francisco Mejia: They don’t get amplified. They wouldn’t get the…

Dr. Martín Monteverde: Exactly. They wouldn’t get the signal. If there’s no graphene in the body, those microcircuits aren’t going to work.

Jacqueline Probst: And is there anything we can take for that? To neutralize the effect?

Jacqueline Probst: The ones that had been recommended before, of course.

Dr. Martín Monteverde: They usually come in a single tablet. Zinc, vitamin D, and vitamin C. And you take one tablet once a day.