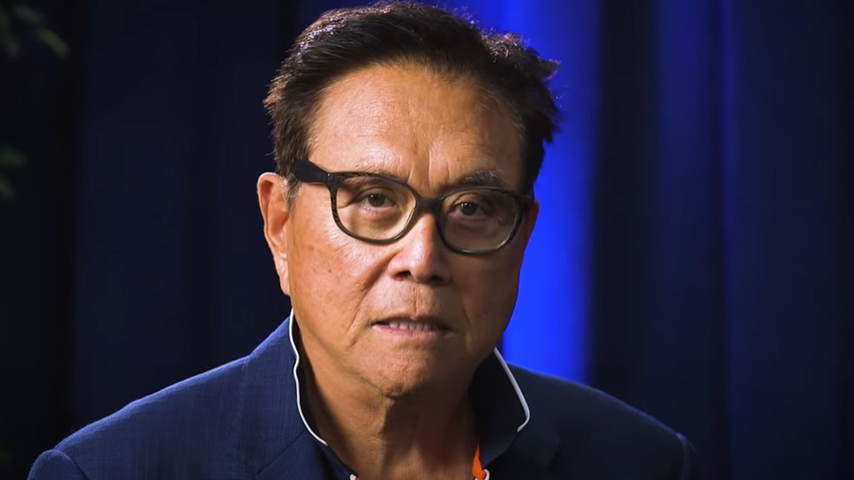 Inflation is here, and we have all noticed it either at the grocery store or when we gas up. And Rich Dad, Poor Dad author Robert Kiyosaki is one of the latest experts to sound the alarm saying it’s going to wipe out half of the United States population.

“When inflation goes up, we’re going to wipe out 50% of the U.S. population,” Kiyosaki told Stansberry Research earlier this month.  According to a report by Yahoo News, the Federal Reserve (central banking cartel) is no longer using the term “transitory” to describe inflation. Anyone paying even a small amount of attention knew it was going to be anything but.

U.S. consumer prices jumped 8.5% in March from a year ago, marking the fastest increase since December 1981. That could give the Fed more reason to continue raising interest rates — something that’s already casting a giant shadow over the stock market.

Kiyosaki is incredibly concerned with the current state of the U.S. economy. The global economic situation does not look that much better, in fact, the world’s entire supply chain is one small crisis away from destroying the lives of millions or billions of people.  “America has stopped producing products, we produce bubbles,” he says, adding that we now have bubbles in the real estate market, the stock market, and the bond market.

The author also criticizes President Joe Biden’s decision to halt the Keystone XL oil pipeline, which he believes is a major reason energy prices are so high. It also spells trouble for those who want to enjoy their golden years. When the bubbles burst, Kiyosaki says, the stock market will crash. So those relying on their 401(k) plans “are toast.”

“We don’t have a retirement, our pensions are bust.”

Beat inflation the best you can by stocking up. We could see the food supply crunch coming a mile away and the inflation was obvious once the central banks of the globe started creating money out of thin air. It looks like all of this is far more than a coincidence.