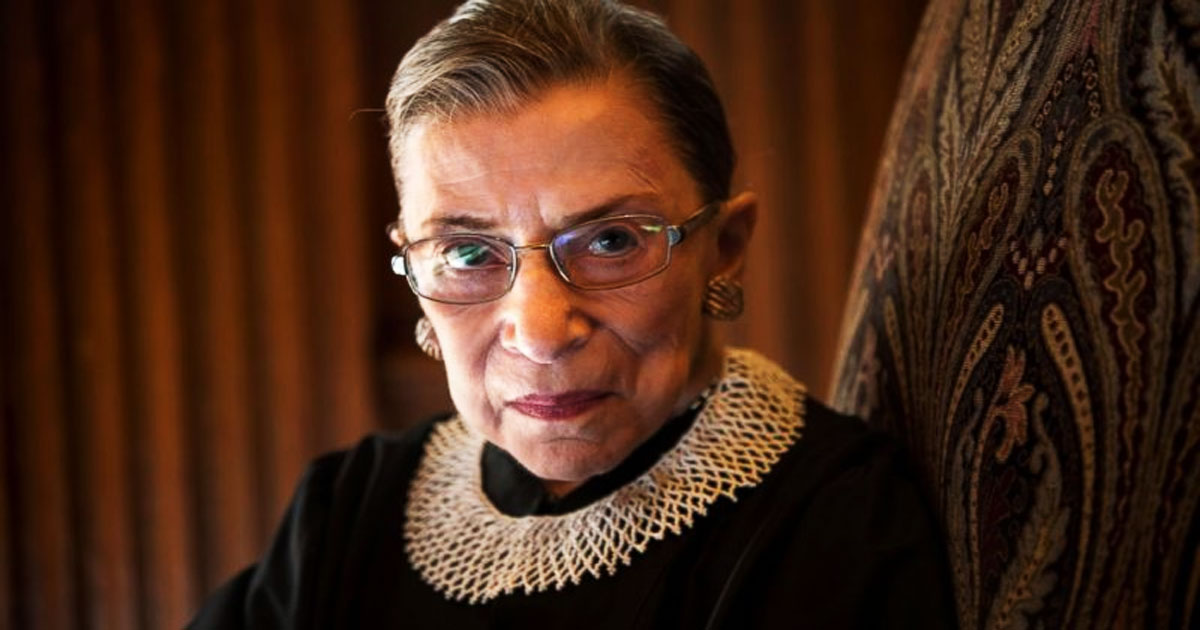 Supreme Court Justice and infanticide advocate Ruth Bader Ginsburg died today at age 87, passing away “peacefully” even though over 60 million human babies have been violently murdered in America due to abortion policies that Ginsburg helped advocate across this nation.

Ginsburg refused to grant millions of children their own right to die peacefully, without medical violence being perpetrated against them, as she was a staunch advocate of partial-birth abortions.

In partial-birth abortions, a living human baby is partially birthed and then violently attacked by medical personnel who often sever the child’s spine with a scalpel, then proceed to harvest the baby’s organs to be sold for profit.

This barbaric, inhumane practice was endorsed by Ginsburg, who was hailed as a champion by the twisted abortion advocates of the political Left who almost universally endorse post-birth abortions, also known as “infanticide.”

Unless she repented for her advocacy of child murder, Ginsburg is already being tormented in Hell for eternity.

“May God have mercy on her soul,” said John-Henry Westen, Co-Founder and Editor-in-Chief of LifeSiteNews, as reported on that site. “We hope… that she repented of her pro-abortion activism at the end.”

Such repentance seems doubtful, of course, as those who have given their lives over to Satan rarely return to God. Ginsburg had hoped to outlast the Trump presidency, but it seems that God had different plans.

Her death — just 45 days before the 2020 elections — now opens the door to a Trump-appointed anti-abortion jurist who might, with the help of Kavanaugh and Gorsuch, finally reverse the Roe vs. Wade decision that put America on the path of evil, to be judged harshly by God.

Ginsburg’s Death Has Opened An Opportunity For National Repentance

With Ginsburg’s twisted soul now taken from this world and deposited in the pits of Hell, a pathway exists to overturn abortion “rights” in America and end the abortion Holocaust that has bloodied this nation for nearly fifty years, tainting this Christian-founded nation with the cries of tens of millions of innocent children whose lives were ritually sacrificed to appease bloodthirsty Leftists (who value no lives other than their own).

President Trump must now seize this opportunity to replace the dark ghost of Ginsburg with a moral jurist who will uphold the Fourteenth Amendment “equal protection” clause of the U.S. Constitution and apply that equal protection to unborn human babies.

For if the most innocent human lives are not protected under the law, then whose lives hold value at all?

America remains in a spiritual war, under attack from demonic entities who have infiltrated the courts, pop culture, Hollywood (Netflix pedophilia, anyone?), Congress and even the media.

Ginsburg, for her entire career on the bench, was conspiring with anti-human forces of evil and destruction… the very same kind of forces we now see rioting in the streets, burning down America’s cities and assaulting innocent people merely based on the whiteness of their skin.

Ginsburg was an agent of death, destruction and almost unfathomable human suffering. And that’s exactly why the demon-filled left-wing media celebrated her as a hero: Because she was literally doing the Devil’s work, and doing it well.

God may yet have new plans for America, it seems. And Trump’s victory is going to be essential to put this nation back onto a path of morality, from which we may be spared God’s wrath.

But we must take back the courts from the anti-human creatures that still occupy far too many bench seats, and we must extend the protection of life to the most innocent among us: the unborn.

UK Gov. released a report confirming the Vaccinated account for 3 in every 4 Omicron Hospitalizations

Canadian Government Declares the Unvaccinated To Be a Danger to Society