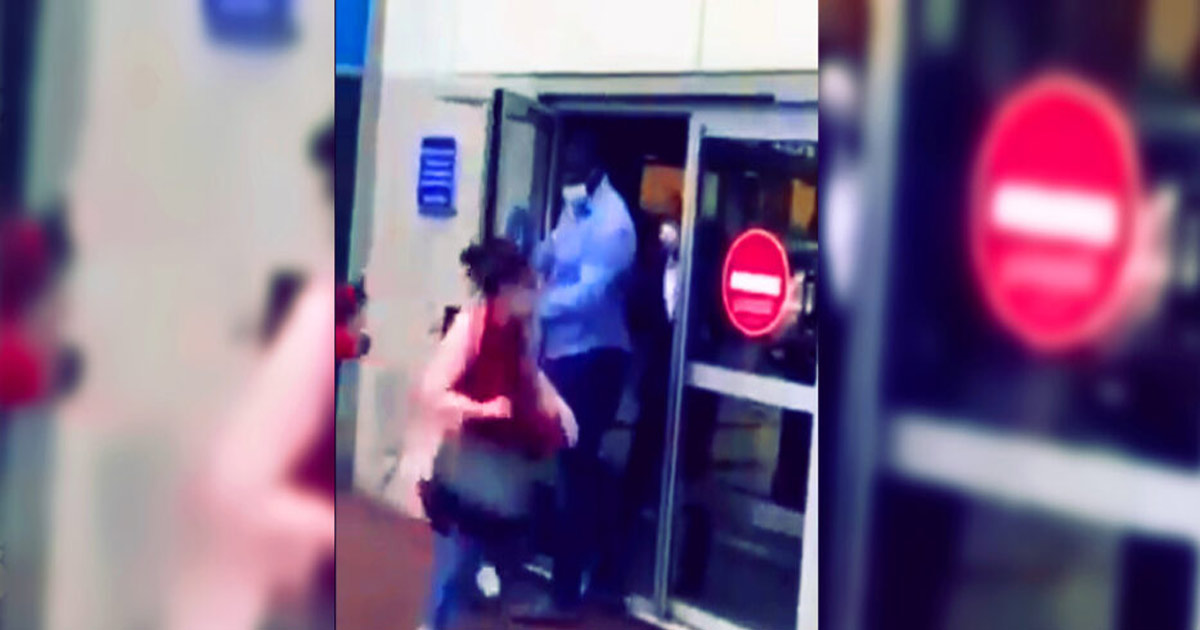 The liberal nation of France has deteriorated into a fascist police state whose vaccine passport requirements may be preventing the unvaccinated from getting basic essentials such as food, judging by a disturbing Twitter video.

And just like that, the whole world has gone crazy. In Emmanuel Macron’s France, a little more than 6-weeks after he demanded that all French citizens receive the COVID vaccine or face unemployment, supermarkets have begun hiring bouncers to prevent the unvaccinated from buying food, water, and medicine. If you ever wondered what the Mark of the Beast would look like when implemented, we are starting to see it here in the Church Age.

The actual Mark of the Beast cannot come until after the Pretribulation Rapture of the Church takes place, but we’re getting a taste of it here and now, and from the looks of things will only get a lot worse. In Florida today, 75 doctors walked off the job in protest saying that they may no longer provide emergency medical attention to the unvaccinated. I wonder if this will also extend to not providing medical aid for smokers who got lung cancer, obese people with diabetes, or condom-wearing refusing people who present with STDs? Emmanuel Macron remains at the top of the heap in the Man of Sin Sweepstakes, just waiting to dip his sop in the dish.

EMMANUEL MACRON STUNNED EVERYONE WITH MANDATORY VACCINATIONS, NOW TECH MASTERS GOOGLE, FACEBOOK AND THE WHOLE WORLD IS FOLLOWING HIS LEAD

FROM WND: “French supermarkets have hired bouncers in order to deny people basic human rights to food and water because they didn’t get the right government permission slip,” independent journalist Luke Rudkowski tweeted on Friday.

French supermarkets have hired bouncers in order to deny people basic human rights to food and water because they didn’t get the right government permission slip pic.twitter.com/AV0qJNCLf3

The alarming video he posted shows a security guard brutally grabbing a masked woman and throwing her out of the store like a trash bag. The woman gets outraged by the abusive manhandling and yells at the security guard. After she leaves, a man approaches the bouncer and scolds him for not allowing the female shopper to get “alimentaire” (a French word for food).

The shocking video is evocative of the “mark of the beast,” a biblical hallmark of those pledged to the forces of evil.

In an Aug. 20 commentary in the Midland (Texas) Reporter-Telegram, titled “Is the COVID vaccine the ‘mark of the beast’”, the Rev. Darin Wood, pastor of the First Baptist Church of Midland, explained that “in Revelation 13:16-18, the Apostle John speaks of an apocalyptic pair of beasts who will rule the earth with vengeance, cruelty, and animosity. Their severe manner and harsh rule will inflict pain and grief on all those on the earth at the time.

“THEIR SOVEREIGN REACH WILL REQUIRE THAT ALL THOSE WHO DESIRE TO TRANSACT COMMERCE OR BUSINESS – BUYING OR SELLING ANYTHING – TO BEAR THE MARK OF THE BEAST. SHOULD THEY FAIL TO HAVE THE MARK, THEY WILL BE OSTRACIZED.”

Wood concluded his commentary by saying the COVID vaccine is not the mark of the beast. But he gave considerable, respectful thought to why many, many people are asking raising the question. Even as a metaphor, it’s unsettling. READ MORE