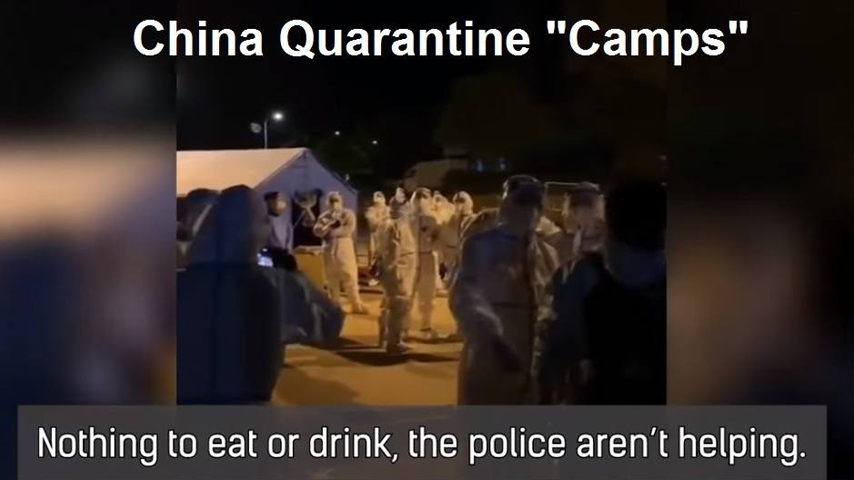 The lockdowns currently happening in China’s largest cities, which include Shanghai, parts of Beijing, and other major metropolitan areas, continue to be the biggest news story today, even though Chinese authorities are working hard to suppress any news about the killer lockdowns that are leading to suicides, starvation, and mass incarcerations at quarantine “camps”.

Even the World Health Organization’s recent criticism of China’s COVID policies is being censored inside China.

These massive lockdowns are destroying the economy of China, and everyone around the world will feel its effects in the weeks and months ahead.

But besides the economic consequences which will spread beyond China’s borders, we can see in China just what the Globalists have in store for their version of a new society in a New World Order.

And while the measures taken to achieve these goals will look different in various countries, we should fully expect that the goals will be the same, which is total control of the population, where governments use medical tyranny to decide who gets to participate in society, and who does not. 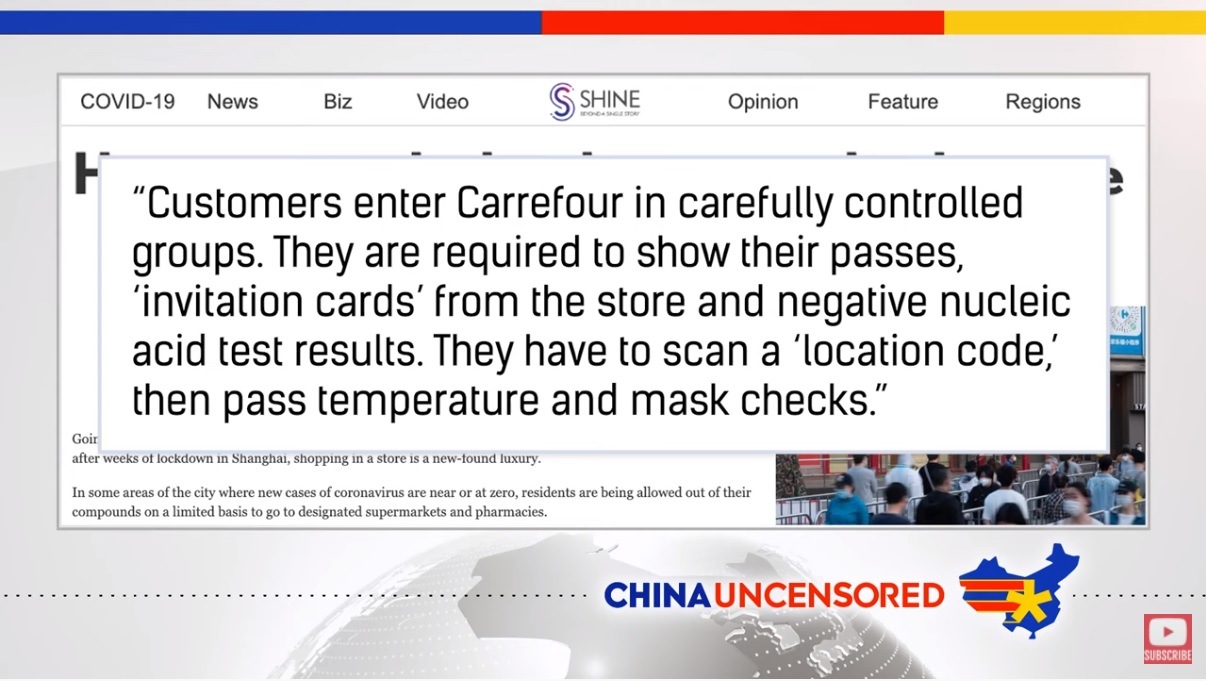 For example, in the report below, certain districts in Shanghai recently allowed some people to leave their homes to make a “privileged” visit to an approved grocery store.

The customers have to enter the store in a carefully controlled group, show their passes and an “invitation card” issued by the store, have a negative “nucleic acid” test result, then scan a “location code” and then pass temperature and mask checks.

Shopping time is limited to 40 minutes per group, and then the store has to be disinfected for 20 minutes before the next group enters.

This is the “new norm” as China is building 9000 permanent PCR testing stations for “life after lockdowns,” where anyone who wants to enter any public space must take a PCR test and have a negative result.

In some places in China right now, people must take a new PCR test every 48 hours to keep their “pass” up to date and be allowed to participate in society.

This is the goal of COVID protocols: total control of the population where government medical tyrants decide who can participate in society, and who can not.

And in the current lockdowns happening in Shanghai and other parts of China, things are getting worse, and not better. More and more people are being forced out of their homes and incarcerated in quarantine “camps,” simply for just being near someone who tests positive.

In Shanghai, it is being reported that if a person in an apartment complex tests positive, everyone on that floor, and the floors above and below it, are forced into quarantine “camps.”

When they return to their homes, they find that the entire apartment has been sprayed with chemicals, their food destroyed, and often things are found broken or stolen.

Similar to what happened in Wuhan China in 2020, I suspect that China is the testing ground to see just how much people will comply as a blueprint to achieve the same goals in other countries.

There is no coordinated resistance yet in China, according to the report below, just spontaneous outbursts of anger and violence.

So for everyone outside of China, this is your warning to prepare now if you want to resist whatever tyrannical actions that are being planned for your country if you don’t want to give the State total control of your life.

This is from China Uncensored.

Here is another report from China in Focus. Thanks to Henry Makow for publishing these two videos on his blog where I found them in my newsfeed today.

CDC just warned that 15,000 Americans will die EACH WEEK by Christmas; but it’s actually VACCINE DEATHS that are accelerating just as independent doctors told us all along

Basic arithmetic is now too offensive for the ‘cancel culture’