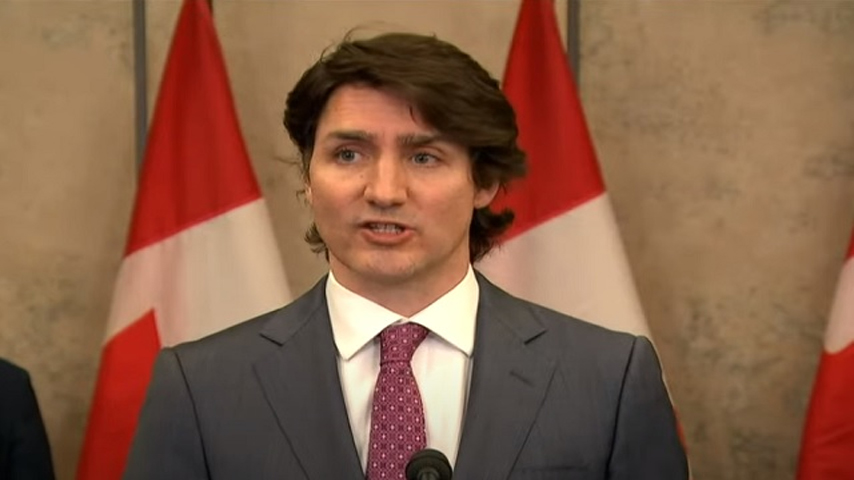 Prime Minister Justin Trudeau on Monday elected to turn Canada into a totalitarian dictatorship by invoking the “Emergencies Act,” a successor to the War Measures Act, giving himself the power to trample over the rights of Freedom Convoy protesters and treat Canadian citizens worse than terrorists.

Banks and financial service providers can now freeze or suspend the accounts of anyone they suspect of supporting the truckers, without a court order. This includes personal accounts if they suspect a transaction is going towards funding a protest/blockade.

Banks are shielded from litigation for acting in “good faith.”

Mr. Trudeau said the scope of the measures would be “time-limited”, “reasonable and proportionate” and would not see the military deployed.

Without a court order, banks will be able to freeze the personal accounts of anyone linked with the protests.

On Sunday, law enforcement cleared anti-mandate protesters at the Ambassador Bridge in Windsor – a critical pathway for Canada-US trade – after a week-long stalemate.

What began as a protest against a new rule that all truckers must be vaccinated to cross the US-Canada border, or quarantine upon return, has grown into a broader challenge to all Covid health restrictions.

Prime Minister Justin Trudeau has invoked the Emergencies Act for the first time in Canadian history on Monday, citing the threat of “Freedom Convoy” trucker protests in Ottawa and several border crossings in the US.

“This is not a peaceful protest,” Trudeau said in a speech on Monday afternoon, adding that “illegal blockades” have been “disrupting the lives of too many Canadians.”

After consulting premiers, government and opposition, “the federal government has invoked the Emergencies Act,” Trudeau said, confirming media reports from earlier in the day that he would do so.

The measures will be “time-limited, geographically targeted, as well as reasonable and proportionate to the threats they are meant to address,” the PM said. It does not involve calling in the military or suspending fundamental rights and freedoms.