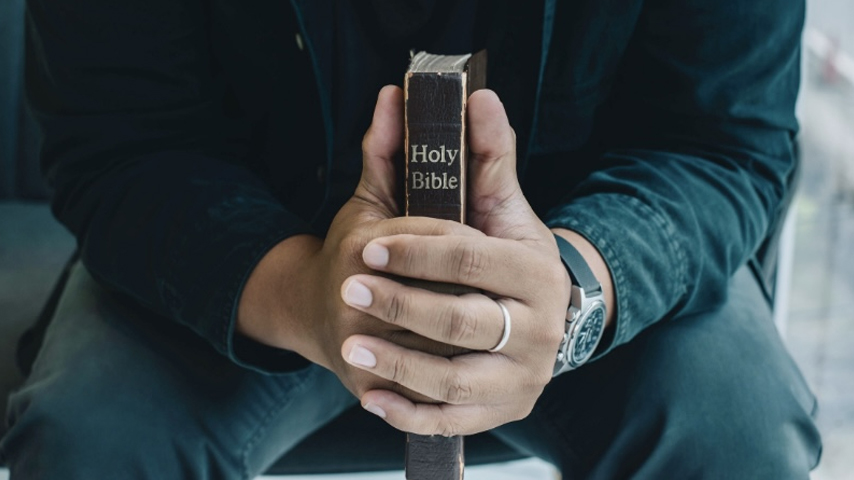 The greatest hope is Jesus Christ and you will never be able to communicate the Gospel with fear and anxiety, but with power, with love, and with a sound mind, and not with conspiracy theories, laughing and mocking and sensationalizing and wasting time on idle things, all of which will fail to be a good witness. The greatest hope is Jesus Christ. For God has not given us the spirit of fear, but power and love and of sound mind. These things, Jesus said I have spoken to you that in me, you may have peace. In the world, you will have tribulation, but be of good cheer, I have overcome this world.

There is a myriad of things that, generally, all humans are born with. Things that keep us safe, such as a sense of caution – the fear of lions and tigers and bears, etc. As the brain (specifically the prefrontal cortex – the decision-making center of the brain) develops throughout the adolescent years, neuroscientists have discovered that there is a second thought mechanism that surfaces, where impulses are filtered and not instantly acted upon.

Psalm 139:13-15 KJV – “For thou hast possessed my reins: thou hast covered me in my mother’s womb. I will praise thee; for I am fearfully and wonderfully made: marvellous are thy works; and that my soul knoweth right well. My substance was not hid from thee, when I was made in secret, and curiously wrought in the lowest parts of the earth.”

King David records the majesty of creation that all of humanity enjoys in that God has designed us fearfully and wonderfully with incredible capacities for innovation and invention. He has designed and made these bodies with minds capable of learning and doing great things. The other thing God has given to all of humanity is free will, and man has used his God-given capacities for innovation and invention for great evil.

Romans 1:28-32 KJV – “And even as they did not like to retain God in their knowledge, God gave them over to a reprobate mind, to do those things which are not convenient; Being filled with all unrighteousness, fornication, wickedness, covetousness, maliciousness; full of envy, murder, debate, deceit, malignity; whisperers, Backbiters, haters of God, despiteful, proud, boasters, inventors of evil things, disobedient to parents, Without understanding, covenantbreakers, without natural affection, implacable, unmerciful: Who knowing the judgment of God, that they which commit such things are worthy of death, not only do the same but have pleasure in them that do them.”

In a time when all the things listed above are predominant within the world, we can only describe such times as “perilous”, as Paul did in 2 Timothy 3. At a time when humanity has taken the majesty of all that God has given it and used it for evil, it is important for us to remember that there are things that God has given exclusively to the born-again Christian.

1 Corinthians 2:13-14 KJV – “Which things also we speak, not in the words which man’s wisdom teacheth, but which the Holy Ghost teacheth; comparing spiritual things with spiritual. But the natural man receiveth not the things of the Spirit of God: for they are foolishness unto him: neither can he know them, because they are spiritually discerned.”

In a world where good is called evil and evil is called good, and at a time when fear and all its companions are rampant, it is only those who have the Spirit of the true and living God within them that have the discernment to see that the world is headed in a specific direction long foretold by God. Because it has been foretold, we can make our way through these perilous times without a spirit of fear, walking in love and equipped with a sound mind.

Matthew 24:12 KJV – “And because iniquity shall abound, the love of many shall wax cold.”

Fear drives people to do many irrational things. Some are so driven by fear they seek to self-medicate with drugs or alcohol. Christians do not have that spirit. That doesn’t mean Christians don’t sometimes make the same poor choices that the world does, but it does mean that they don’t have to and that they always have a better option.

This is the ultimate game-changer for us. The same power that raised Christ from the dead is in us! That means that while in this life we will have tribulation, we can rejoice because Christ has overcome the world.

Remember, in the letters to the seven churches in Revelations 2 and 3, a promise was made in each letter to those who overcome. The Greek word translated as “overcomes” in each of the seven letters means “to get the victory”. That means when the world is overcome with fear, we can have victory over it. That means when the world is falling apart, we don’t have to. That means that when tribulation comes our way – afflictions, burdens, troubles, or anguish – we can rejoice. How do we do that? We look beyond the temporary moment to our eternal destiny.

This world is not our home. We are citizens of heaven. Our future habitation is a city that will be built and made by God. A city in which righteousness dwells. Where death, sickness, and anything that causes pain is banished forever. This hope is exclusive to the born-again Christian!

Even so, come quickly Lord Jesus.

Instantly Innocent, Forever Unashamed: At the Rapture, the innocence we’ve lost will be reborn