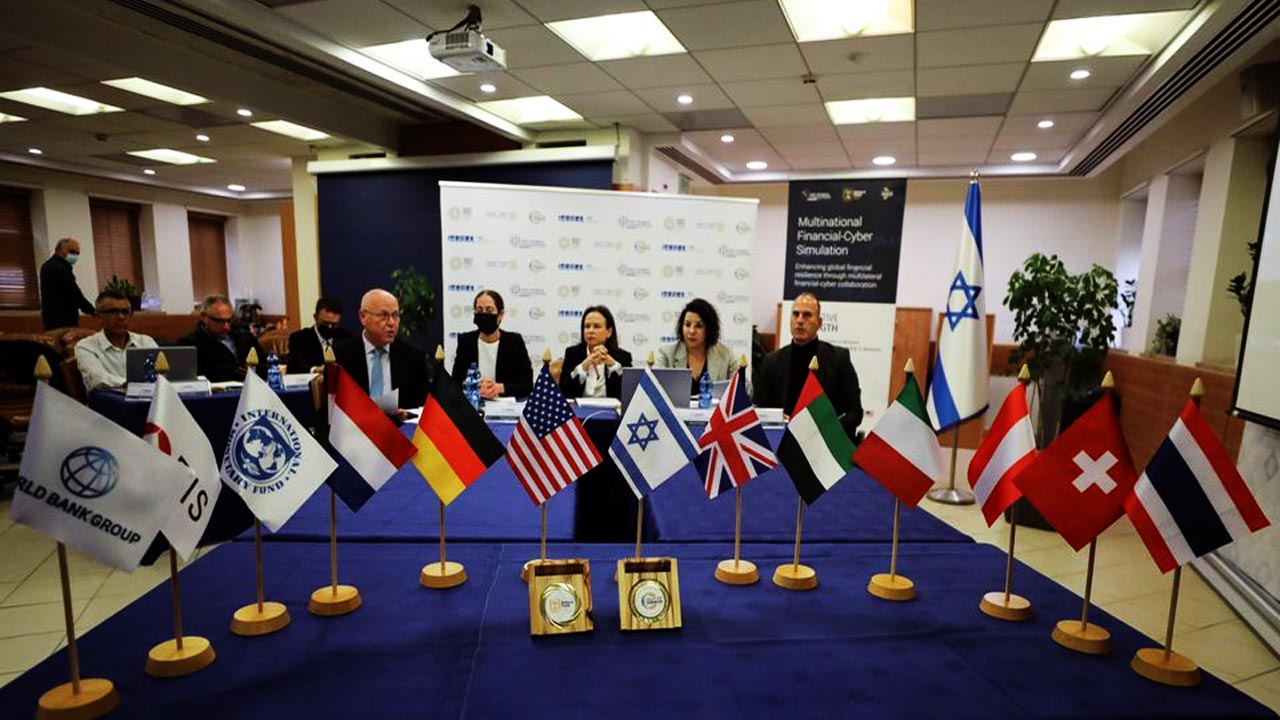 Israel on Thursday led a 10-country simulation of a major cyberattack on the global financial system in an attempt to increase cooperation that could help to minimize any potential damage to financial markets and banks.

The simulated “war game”, as Israel’s Finance Ministry called it and planned over the past year, evolved over 10 days, with sensitive data emerging on the Dark Web. The simulation also used fake news reports that in the scenario caused chaos in global markets and a run on banks.

The simulation — likely caused by what officials called “sophisticated” players — featured several types of attacks that impacted global foreign exchange and bond markets, liquidity, the integrity of data, and transactions between importers and exporters.

“These events are creating havoc in the financial markets,” said a narrator of a film shown to the participants as part of the simulation and seen by Reuters.

Israeli government officials said that such threats are possible in the wake of the many high-profile cyberattacks on large companies and that the only way to contain any damage is through global cooperation since current cyber security is not always strong enough.

The narrator of the film in the simulation said governments were under pressure to clarify the impact of the attack, which was paralyzing the global financial system.

“The banks are appealing for emergency liquidity assistance in a multitude of currencies to put a halt to the chaos as counterparties withdraw their funds and limit access to liquidity, leaving the banks in disarray and ruin,” the narrator said.

Rahav Shalom-Revivo, head of Israel’s financial cyber engagements, said international collaboration between finance ministries and international organizations “is key for the resilience of the financial eco-system.”

The simulation was originally scheduled to take place at the Dubai World Expo but it was moved to Jerusalem due to the Omicron variant of COVID-19, with officials participating over video conference.

Klaus Schwab’s World Economic Forum has warned us again of the upcoming cyber attack. They simulated Cyber Polygon and recently WEF was also warned by their eerie video which showed ‘what if extreme weather froze your bank account‘.

It’s not a matter of if but when recently Melissa Ciummei, a financial investor from Northern Ireland warned us that injection passports will be used more like data passports to control participation in society to bring in a new global monetary system. Vaccine passports will be used to replace our failing fiat currency system. And to force vaccine passports on global populations a great reset is required. A new digital world where humans will be nothing more than data units. We’re heading into total enslavement of humanity. Like they simulated ‘Event 201’ and unleashed this fake pandemic. Just a small trigger is required as well to bring in a new financial system.

Canadian military to allow skirts and hair coloring for soldiers