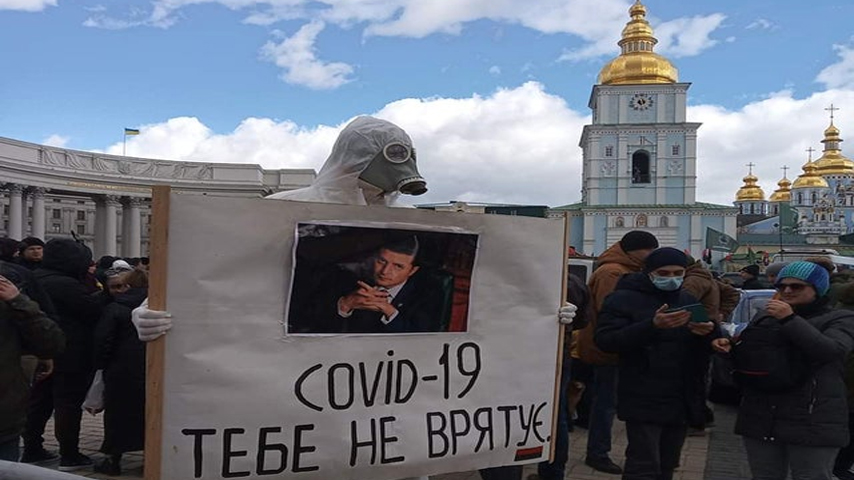 “This Ukrainian invasion by Russia is simply the tail of the orchestrated Covid-19 pandemic dragon, which right off the bat (no pun intended) was meant to strip the western nations down to the bone and hang them from their necks.

“You may ask, how advanced is globalization? Dear readers, it is done! Out of 195 countries in the world, 193 of them are members of the United Nations’ Sustainable Development Goals (SDGs) and participators under Agenda 2030. This is the final great reset of all nations under one global authority, and all previous governments of the world will be dismantled and no longer exist by the year 2030. Do I have your attention?

“Sustainable development should be defined as “infiltrated communism.” It was introduced by communist sympathizers as a means to …effectively infiltrate new communism into the heart of every nation. Under this new reign of dictatorship, old communism will pale in comparison.

Igor Shepherd, 55, was a Russian military doctor who lived in Russia under communism until relocating to America in 1993. During his military service in the Soviet Army, his commanders continually pummelled the cadets with Russia’s aim to transform the western world into global communism. Their plans to do this were not through an invasion or war, but through careful infiltration into governments and universities. In March of 2020, as he watched US governors, one by one, forsake scientific medical rationale and proper pandemic response protocol, he knew the transformation of the western world into communism was in full momentum, and that the Covid-19 pandemic was an utter and complete ruse with which to reset the world’s governments and enslave humanity.

Vaccines are far from over because the globalists have not yet managed to complete the process of robotizing us.

Created pandemics will be part of the global future and those who are allowed to remain living will be transformed into obedient hybrids through massive gene-editing strategies and other invasive technologies. Do not be fooled, this great reset carries a lot of dark spiritual implications behind its agenda.

Already the news is starting to swerve back to the pandemic to ready the populations for more vaccine mandates. Yahoo News just put out an article entitled, “Fresh Covid Wave Expected to Hit the US as Omicron Subvariant and Patchy Vaccination Rates Drive Surge in Europe.” The Washington Post published this the same day: “A Covid Surge in Western Europe has US Bracing for Another Wave.”

What most people do not realize is that the marionettes for the global elite have no allegiance to the countries they have been assigned to rule over. Their goals and dedications are spurned by godless creeds to dominate all nations under one government and to assume absolute power over all of humanity. They have no interest in retaining the history or laws of the nations they reside over or pacifying the people they rule. They are bound to a dogma that supersedes wealth and self-satisfaction. Everything they do is to further total dominion and control over humanity–in every aspect imaginable–and this involves restructuring the world under one utopian hellhole.

Most Americans want to believe that their votes count and that the liberal and conservative candidates campaigning for president might bring forth some sort of protection for American values and freedom, but this is a mirage because the US is already listed as a member of sustainable development. Biden’s Build Back Better strategy is adopted by the United Nations and entwined with SDGs. Both Trump and Biden (along with Clinton and Obama during their presidencies) signed agreements that fortified Agenda 2030.

Biden’s strategies to destabilize the US and pave the way for Agenda 2030 is evident in his actions. Last year he shut down the US pipeline, undermining the US from becoming self-sufficient in energy. His actions ensured America remained dependent on Russia. And herein lies the kicker, by buying oil and gas from Russia, Biden funded Russia’s war with Ukraine, which in turn allowed the US to become further weakened after he cut off that same oil supply with Russia. And with Saudi Arabia now considering accepting the Chinese yuan for some of its oil sales, and shifting away from the US petrodollar toward Asia, America drops down another status notch on its belt.

Everything Biden does is to further the SDGs. Once the new global order finalizes its hold on the world, only sustainable energy sources will remain intact. Coal, gas, oil and nuclear energy will eventually be phased out, and planned energy “crises” will be utilized to make sure that happens. 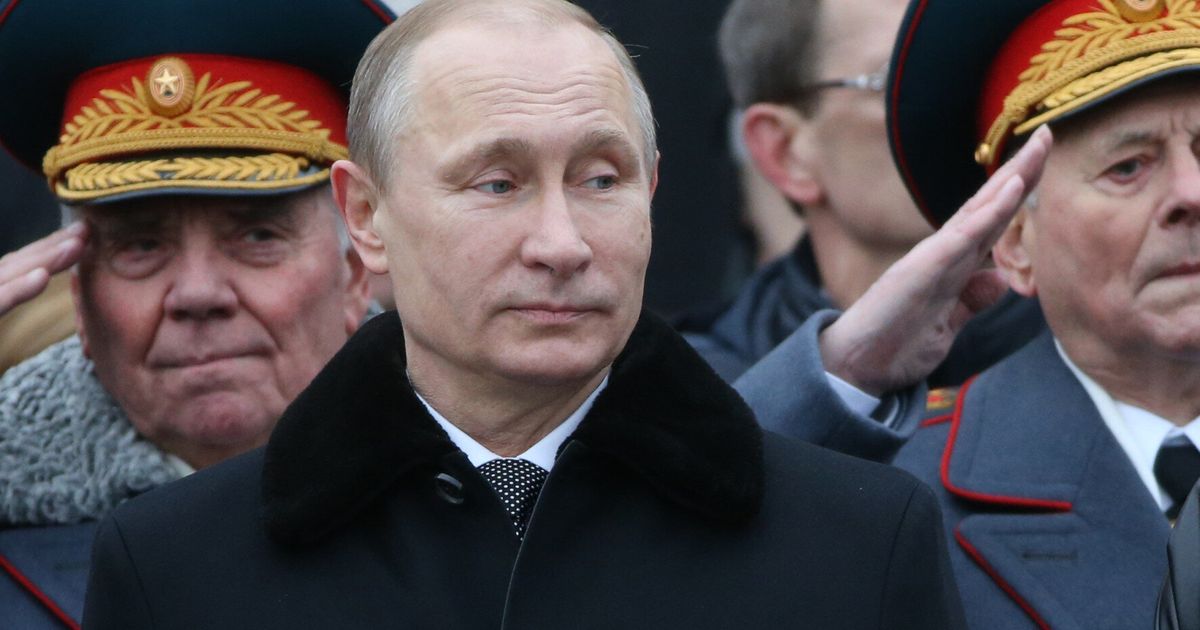 The open invasion of Ukraine by boogeyman Putin is a stout statement by the global order of a geopolitical shift and power change over the West. The world is now clay in the hands of the elite. The more they squeeze, the more drastic the changes.

When the Ukraine mess started, the controlled media abruptly stopped hounding the masses about the Covid-19 pandemic. The newly created “crisis” was meant to become the new focus for the global agenda. The scary war replaced the scary virus and the elite players of the Covid-19 fiction drama gave a bow, and the curtain went down (for a season). But as soon as the curtain of make-believe dropped on the pandemic, it shot right back up and string-puppets Biden, Putin and Zelensky stepped on stage, waltzing before the world, tossed about by the secret magicians who are the key players in organizing the new world order.

Russia’s sudden dance with Ukraine makes sense, especially with the knowledge of what transpired last October 13th, 2021, when Russia signed a pact with the World Economic Forum to open the first Fourth Industrial Revolution Center in Moscow. This center is all about kickstarting artificial intelligence and packaging transhumanism globally. I am not surprised to see this center open in Russia. Ex-KGB man Putin is a chameleon. He does not value human life, making Moscow a wise choice for the obliteration of human souls.

Putin’s goals are not to realign Ukraine under Russian possession, but to line up with what Russia’s dreams have always been, and that is to communize the world under one dictatorial canopy. Everything Putin is doing now is being pedaled to demonize the perception of democracy. Putin did not go off his meds and become a crazy lunatic as the media is portraying–his bully dances are scripted (albeit a real act of war against humanity).

This Ukrainian invasion by Russia is simply the tail of the orchestrated Covid-19 pandemic dragon, which right off the bat (no pun intended) was meant to strip the western nations down to the bone and hang them from their necks.

Ukraine’s top diplomat, Foreign Minister Dmytro Kuleba, another stringed actor, is adding more propaganda to the mix. He provides a scripted warning to the United Nations that a large-scale war with Russia would be the “end of the world order as we know it.”

He goes on to spew, “If Russia does not get a severe, swift and decisive response now, this will mean a total bankruptcy of the international security system and international institutions which are tasked with maintaining the global security order.”

Darn right, the war could disrupt the world’s monetary system and usher in a cashless society–just what the elite have been wanting in order to reset the world. And out of the chaos collectivism will take center stage and bring order to the nations, becoming the global savior for the world.

This information should be received like a punch in the face, and hard, because this means, without question or doubt, that the one-world governing system is already knocking at our doors. If the citizens of the world do not aggressively stand against this worldwide coup, we will all become unsustainable beings, and lose our rights to dream, set goals, buy homes, own businesses, eat red meat, drive cars, travel, and even worse, we will be denied the right to be human.