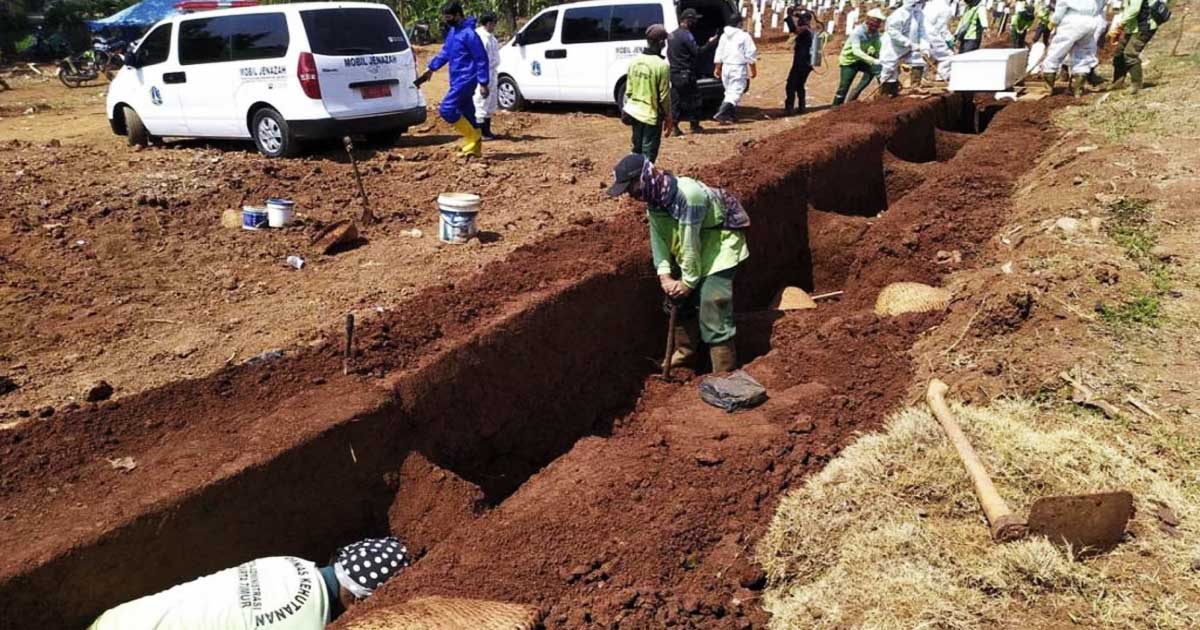 At least eight people who have refused to wear masks during the coronavirus pandemic have been forced to dig graves for people who died from covid-19 in the province of East Java, Indonesia.

“There are only three available gravediggers at the moment, so I thought I might as well put these people to work with them,” explained local politician Suyono.

The article notes that anti-maskers who are being punished are not forced to handle the dead bodies and are instead doing the manual labor of digging graves and preparing the plots with wooden planks to support the caskets. Public health officials in the district of Cerme handle the bodies using full-body protective equipment, ensuring there’s no risk of exposure.

Indonesia instituted a national law requiring masks to be worn in early April but that policy was strengthened in July after East Java saw a spike in cases and a survey of the region found that 70% of people in the province weren’t wearing a mask.

Indonesia, like many other low and middle-income countries, has struggled to contain the spread of the virus for reasons that often center around a lack of wealth and resources—something that can limit testing and contact tracing. But masks are a relatively inexpensive public health measure that can literally save lives.

Indonesia has identified over 222,000 cases and 8,841 deaths from covid so far this year, and the country recorded 3,141 new cases on Monday alone, with 118 new deaths for the day.

At least 1,550 Americans died over the weekend from covid-19. But who will be sent out to a local cemetery and get digging?