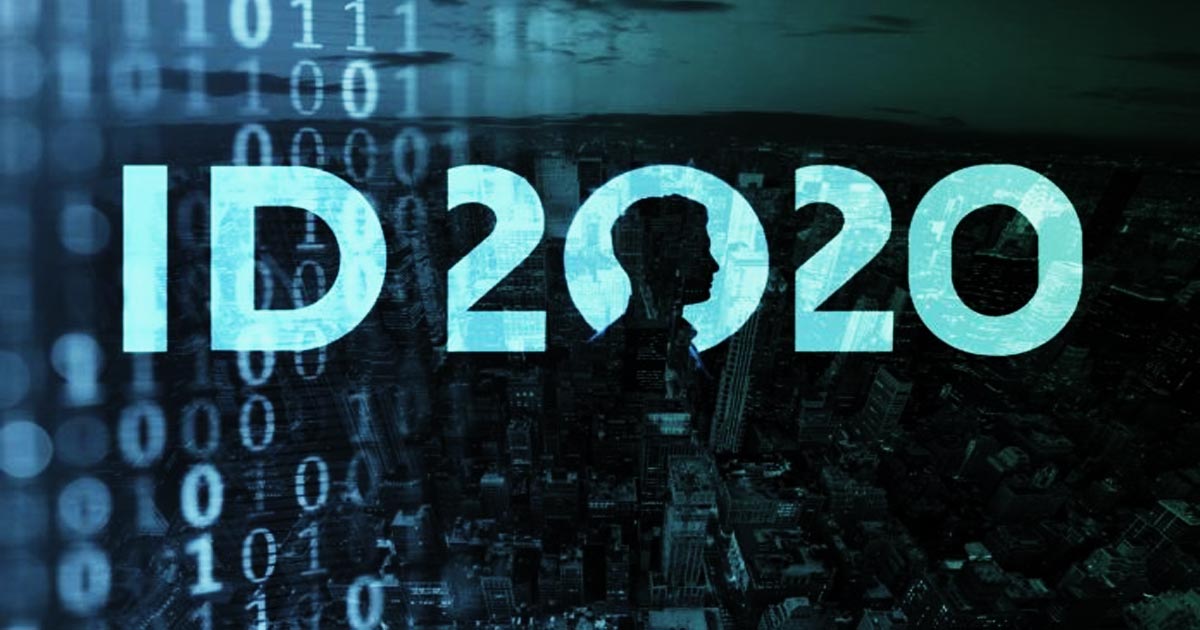 There is a clear, concerted effort on an international scale to provide a new, device-free, form of digital ID, starting with the displaced and impoverished areas as a pilot and will soon move to be scaled internationally.

In Revelation 13, the Bible describes a “beast” who will have power “over all kindreds, and tongues, and nations and all them that dwell on the earth.” And that he would cause everyone to take a mark or a number that without it, you cannot buy or sell.

Revelation 13:6-7 KJV – “And he causeth all, both small and great, rich and poor, free and bond, to receive a mark in their right hand, or in their foreheads: And that no man might buy or sell, save he had the mark or the number of his name.”

What would it take to mark and number every man, woman and child on the face of the earth that without this mark, you cannot buy and sell? We can conclude that we would need a one-world form of government, a new universal way of identifying every human being on the earth and a global economic system with a digital currency that is both cashless and deviceless.

For the first time in human history, technology and global willpower have made the factors of Revelation 13:6-7 feasible.

Last September 2019, an annual summit was hosted by the ID2020 alliance, composed of significant partners from around the world. Microsoft, GAVI (Global Alliance of Vaccines and Immunizations), The Rockefeller Foundation, and a growing number of partners from international governments, universities, and humanitarian relief programs. The entire summit was sponsored by the UN Office of Information Communications Technology, the UN Refugee Agency, the International Telecommunication Union and the Danish Mission to the UN.

The mission of the ID2020 alliance is “Accelerating technology to ensure that everyone in need has access to a unique digital identity as part of their basic human right.”

In September 2015, the United Nations adopted the 2030 Sustainable Development Goals, which stressed its commitment to “provide legal identity for all, including birth registration” by 2030.

Providing legal identity for all is no small feat with their estimation of 1.1 billion people living without identity, ID2020 is rolling out plans at an aggressively rapid pace, and their goals go beyond providing an official birth certificate to people in impoverished countries. They plan to provide a digital ID for everyone on an international scale.

According to their official site, “A unique convergence of trends provides an unprecedented opportunity to make a coordinated, concerted push to provide digital ID to everyone,”

When you read further, these ‘trends’ include rising global connectivity, emerging technologies such as blockchain and biometrics and a global call for a “New model of ID.”

Up until now, an international digital identification system would have been unheard of with the amount of economically and technologically undeveloped corners of the world. With an equal drive to get everyone vaccinated, GAVI (Global Alliance of Vaccines and Immunizations) and the Bill and Melinda Gates foundation play a pivotal role in the ID2020 alliance’s mission.

During the 2019 summit, ID2020 announced it’s latest program “Recognizing the opportunity for immunization to serve as a platform for digital identity, this program leverages existing vaccination and birth registration operations to offer newborns a persistent and portable biometrically-linked digital identity.”

With an estimated 89% of children without identification supported by GAVI, these areas are the perfect targets to test the so-called “New model of ID.”

“Thousands of children between the ages of one and five are due to be fingerprinted in Bangladesh and Tanzania in the largest biometric scheme of its kind ever attempted by the Geneva-based vaccine agency,” Gavi, announced recently.

Coming out of Rice University, there is new technology labelled the “Quantum dot” tattoo. This tag consists of tiny microneedles that deliver a vaccine, dissolves the sugar-based needles and leaves behind a mark or barcode-like tattoo. This mark leaves a record of the vaccine that had been received through an infrared-like dye pattern that can be read by a customized smartphone.

It is interesting to note that this Quantum dot technology was requested by the Bill and Melinda Gates foundation to solve the issue of not knowing the vaccination record of each patient in these impoverished areas.

In light of Revelation 13, it is unsettling to note the link between the injection of children in these areas and the experimental “largest biometric scheme of its kind,” to advance a “persistent and portable biometrically-linked digital identity.”

What does digital identification have to do with the act of buying and selling as described in Revelation 13? “And that he would cause everyone to take a mark or a number that without it, you cannot buy or sell.”

ID2020 has acquired strategic partnerships with organizations whose primary functions are digital financial services and applying solutions for a completely digital user-friendly wallet. Everest, an organization that began working with the Indonesian government in 2018 and recently announced at the 2019 World Economic Forum in Davos, Switzerland, as ID2020’s first ‘Certification Mark for digital identity solutions,’ Kiva Protocol and Gravity.Earth.

Everest, claims to be “The world’s first and only device-free globally accessible, digital transaction protocol with built-in identity.”

Everest defines itself as a “decentralized platform incorporating a massively scalable payment solution, Everchain, with a multi-currency wallet, EverWallet, and a native biometric identity system, EverID. Everest delivers a complete solution for a ‘new economy.’” They are the first platform that combines Biometric identity with a digital wallet.

Everest is currently working with the Indonesian TNP2K (National Team for the Acceleration of Poverty Reduction) to enhance the Nation LPG (Liquid Petroleum Gas) Subsidy Program.

The Kiva Protocol is a platform that enables digital identity to be extended to all levels of economic activity, specifically in formal identification and verifiable credit history, with the ability to store this information in a digital wallet.

Gravity.Earth is a decentralized cloud platform in which individuals can receive, store, and share verifiable data in a secure wallet that “they” control.

Other Drivers of the ID2020 Mission

As organizations like these scale their technologies built for a “new economy.” Other projects have been announced to expand the outreach of the ID2020 agenda into new areas.

These projects include the partnership with the city of Austin with “My Pass,” a blockchain-enabled digital identity platform for the homeless population within the city.

And the collaboration with iRespond, a partner working closely with the IRC (International Rescue Committee), aims to offer a digital identity platform to 35,000 Refugees of the Mae La Camp in Thailand.

Never has there been in human history such an aggressive, coordinated effort to create a mark that will identify every person on an international scale and link this mark to one’s ability to buys and sell.

We observe GAVI, the Global Vaccine Alliance, who have vaccinated 198 million children since 2016, making these immunizations a platform for providing digital identity profiles to every child.

The Mark of the Beast is not in effect yet, but the evidence shows that the building blocks are being positioned.

Though these programs spearheaded by ID2020 are masquerading as humanitarian projects intended for the greater good of humanity, they are, in actuality, creating a gateway to make the one-world, cashless society a reality in the Tribulation period.

We need to understand that one of Satan’s well-known tricks is to disguise himself as an angel of light (2 Corinthians 11:1). The Bible clearly states that those who receive this mark are cast into a lake of burning fire (Revelation 19:20). We mustn’t be deceived and take comfort in the fact that this progression of an antichrist spirit-driven agenda points our attention upward.

Behold, our Lord and Savior is coming very quickly.