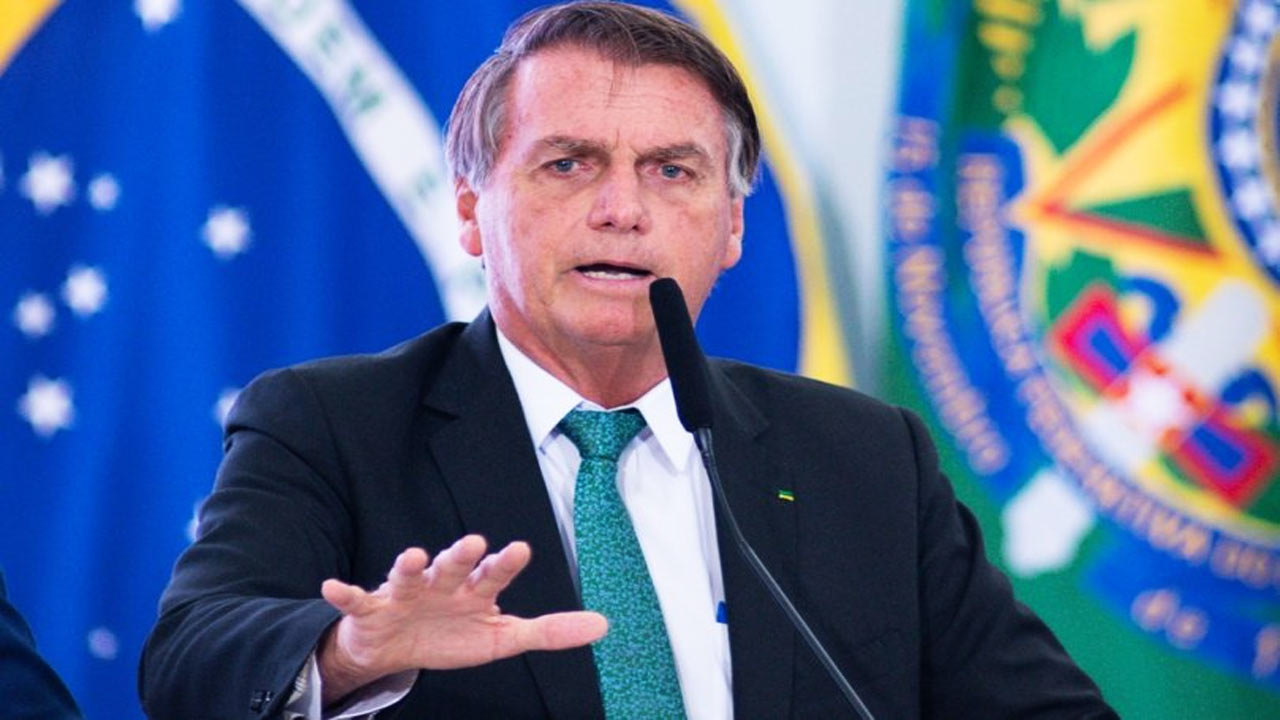 President Jair Bolsonaro speaks during a press conference on International Day Against Corruption at Planalto Palace on December 9, 2021, in Brasilia, Brazil

Brazilian President Jair Bolsonaro has compared vaccine passports to a leash used on dogs as his administration battles to prevent the discriminatory measure from being implemented at a federal level in Brazil.

The former army officer told reporters at Palácio do Planalto, Brasília on Tuesday that he would “rather die” than lose his freedom.

“We asked [the health regulator], why the health passport? What is that leash that they want to put on the Brazilian people? Where is our freedom? I would rather die than lose my freedom,” Bolsonaro said.

Following the comments, Brazilian health minister Marcelo Queiroga confirmed the administration had ruled out requiring a COVID-19 injection certificate for travelers entering the country, telling reporters that “people cannot be discriminated between vaccinated and unvaccinated to impose restrictions.”

National health regulator Anvisa had recommended requiring proof-of-vaccination from foreign travelers at airports, with the Brazilian Supreme Court determining the government had to set out its position this week.

Announcing their decision to reject the COVID vaccine passes, the Bolsonaro administration did however create a new requirement for unvaccinated travelers to quarantine from Saturday onwards at a location of their choosing for five days before undergoing a PCR test.

If the test result is negative, unvaccinated travelers can then “take advantage of our great Brazil,” Queiroga said.

Until now, Brazilian immigration authorities had only required proof of a negative PCR test to enter the country, with no quarantine requirements imposed.

The federal rejection of vaccine passports has been complicated by the state of Sao Paolo’s planned adoption of the passes, with Governor João Doria insisting foreign travelers arriving into the state’s airports will be required to show proof of vaccination starting December 15.

“Brazil cannot become a tourist paradise for deniers. The denial of this country only exists in the minds of this minister [of health] and the president,” Doria said in response to the Bolsonaro administration’s rejection of vaccine passports.

“If by December 15 the federal government does not adopt the passport, São Paulo will adopt it,” he added.

Not the first showdown between Bolsonaro and Doria, the president last year labeled the governor a “lunatic” for defending the idea of mandatory vaccines.

“Forcing people to take the vaccine or say that who doesn’t take it cannot get a passport, have a public job – that’s a dictatorship,” the Brazilian president said in November 2020. “Whoever defends that is a dictator or a false dictator that is willing to do business with the lives of others.”

Bolsonaro, a former governor of Rio de Janeiro, also announced in October this year that he will not get the abortion-tainted vaccine because he already has the “highest immunization” after recovering from COVID-19 in July 2020.

“I decided not to take the vaccine anymore. I’m seeing new studies … I already have the highest immunization. I am going to get the vaccine for what?” he asked. “It would be the same thing as playing $10 in the lottery to win $2. It doesn’t make sense.”

“For me, freedom comes before everything else. If a citizen doesn’t want to get vaccinated, that’s his right and that’s the end of it,” Bolsonaro added.

In September 2021, Bolsonaro was photographed eating pizza standing on a New York City sidewalk, where proof of vaccination is required for indoor dining. He had been in town for the United Nations general assembly.