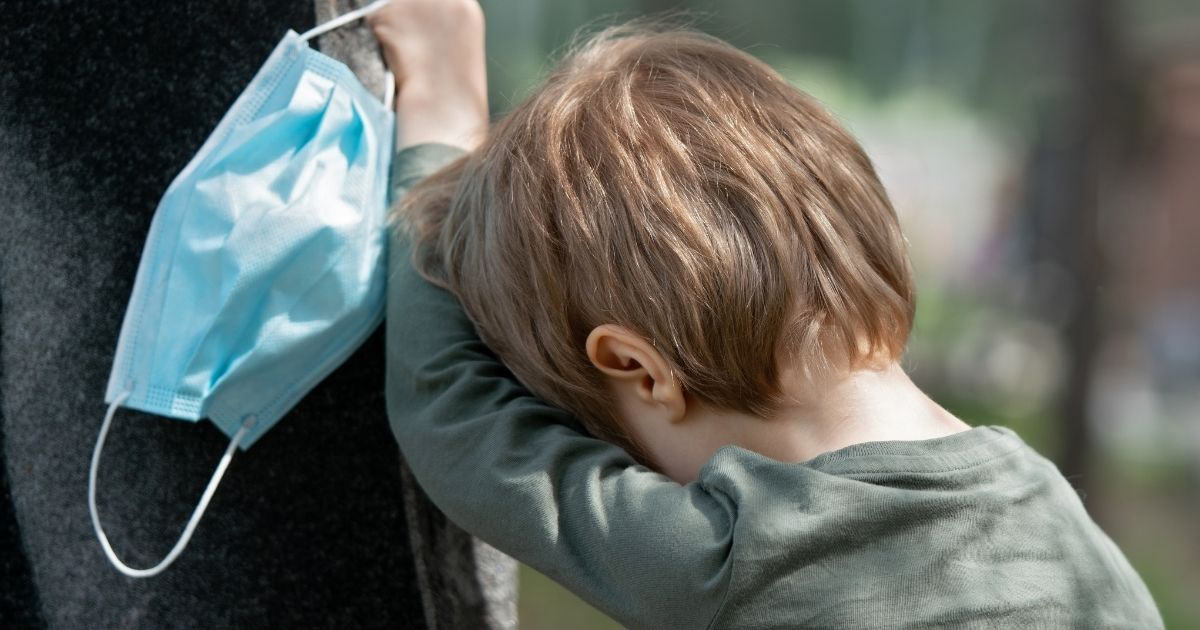 The mother was horrified to learn from her son that taping masks to children’s faces has been happening in his classroom since the beginning of the school year. (Egrigorovich / Shutterstock)

A Las Vegas mom is furious after learning that a substitute fourth-grade teacher humiliated her 9-year-old son by taping a mask to his face in front of the classroom as other students laughed.

The shocking incident unfolded at Reedom Elementary School in Mountain’s Edge, Nevada, the mother told  KVVU-TV. It’s the latest example of the callous authoritarianism that’s festering at public schools under the guise of enforcing coronavirus restrictions.

The mom spoke on condition to anonymity to the outlet in order to protect her son’s identity and prevent him from further traumatization.

“He went to get a sip of water, forgot to put the mask on,” she said. “The teacher did not tell him to put it back on or send him to the office.

“She instead pulled him up in front of the classroom in front of all of the students. She then taped the mask across the top of his face.”

The mother said the substitute teacher added a second layer of tape from her son’s nose to his forehead. She wants the instructor fired for child abuse.

When her son recounted the incident, the mother was horrified to learn that taping masks to children’s faces has been happening in his classroom since the beginning of the school year.

She was especially enraged after learning that the punitive ritual was apparently designed to embarrass and shame forgetful children. Her son told her that this same terrifying bullying had happened to at least five other students.

“I was furious, furious,” she said. “I was scared for my son on what kind of long-term effect it is going to have on him socially, the fact that the entire class was laughing. … He was crying, he was humiliated.”

The mom said she’s not opposed to face masks in general, because this is not a political issue for her.

Rather, she’s angry that children at Reedom Elementary School have been punished and humiliated simply for forgetting to wear their face masks all day.

The mom filed a police report and is considering taking legal action against the school to make sure this outrageous child abuse does not continue.

“It’s crazy. Corporal punishment in schools should not be happening,” she said.

The school district, which said it’s investigating the incident, released this statement to KVVU: “The district is aware of the isolated incident and is dealing with the employee through the proper channels. The principal proactively notified the family of the investigation.”


This harrowing episode spotlights how the coronavirus crisis is being weaponized and abused by power-hungry bureaucrats.

The school mask mandate flies in the face of scientific studies showing that children are at negligible risk of contracting or spreading COVID-19.

Moreover, wearing masks all day is unsanitary, unhealthy, and not proven to be effective. Even in left-wing Australia, children under 12 don’t have to wear masks.

In June, a lab at the University of Florida analyzed six masks that several children wore at school all day and were horrified to discover that they were teeming with dangerous bacterial pathogens.

“The resulting report found that five masks were contaminated with bacteria, parasites, and fungi, including three with dangerous pathogenic and pneumonia-causing bacteria,” Rational Ground reported.

“Half of the masks were contaminated with one or more strains of pneumonia-causing bacteria.”

A group of parents sent 6 masks to a lab, requesting an analysis. The resulting report found that 5 were contaminated with bacteria, parasites, and fungi, including 3 with dangerous pathogenic and pneumonia-causing bacteria. https://t.co/K4bKmQUphu

Instead of wasting time bullying and abusing children over masks, Reedom Elementary School should focus on teaching reading, writing, and arithmetic.

Tellingly, while the school is failing many children academically, it got an A-plus rating for “racial diversity.” Slow clap.