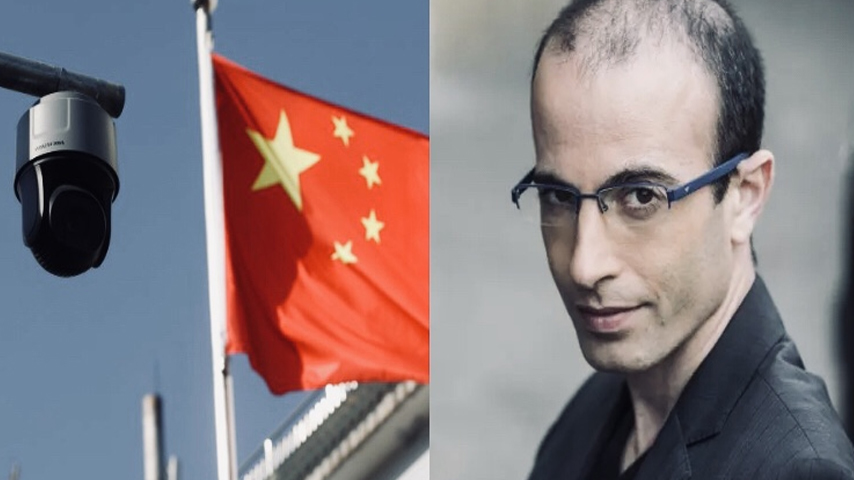 A top advisor to the World Economic Forum says that humans will soon wear “biometric sensors” so that their every move and bodily function can be “constantly monitored” by big tech and the “Chinese government.” The comments are just the latest from the Israeli WEF advisor to raise serious eyebrows. Recently, he publicly proclaimed that the global elite “don’t need the vast majority of the population” even to be alive, mocking humanity as unintelligent and worthless. On another occasion, the same WEF advisor pondered how to keep “useless people” occupied after they’re replaced by AI, suggesting they be quelled with drugs and video games.

World Economic Forum advisor Yuval Noah Harari, who is an Israeli citizen and professor of history at the Hebrew University of Jerusalem, has become known for his anti-human stances as the shadowy WEF continues to take a more visible role on the world stage. Led by Klaus Schwab, the son of a major Third Reich industrialist, the WEF publicly promotes political candidates they say will “capture” elected offices on their behalf, including in the United States, for the purpose of advancing their Orwellian policies.

“Very soon people will walk around with biometric sensors on or even inside their bodies and will allow Google, or Facebook, or the Chinese government or whomever to constantly monitor what’s happening inside their body,” high-level WEF advisor Yuval Harari said in a recent interview.

Harari’s push for biometric sensors monitored by global left-wing governments and big tech corporations echoes other statements he’s made throughout the years.

In a 2020 op-ed, Harari called for a “global plan” regarding the universal wearing of biometric sensors, using the Communist China-born COVID-19 virus as a catalyst. Harari dismissed concerns regarding privacy and other basic human rights that would be squashed by his 24-hour biometric surveillance plan, writing that people just “need to trust science, to trust public authorities, and to trust the media,” claiming that “politicians” who have encouraged their supporters not to do so are “authoritarians.”

Though Harari’s statements have raised serious eyebrows as they’ve made their rounds online, he is far from alone in his tyrannical and anti-human stances at the World Economic Forum.

Recently, primatologist Jane Goodall, who achieved global fame by living among apes in the wild, claimed during a talk at the World Economic Forum that a variety of global issues “wouldn’t be a problem” if a whopping 94% of the human population were wiped out.

In another instance, a disturbing video shared by the World Economic Forum promoted plans to block out the sun with “space bubbles.” Though it sounded like the plot of a science fiction film about world domination, the WEF was completely serious in their proposal, claiming that blocking out the sun will put an end to “climate change.”

Dem Rep. Says It’s Not Only Women That Can Have Babies (video)

Government obsession with creating a digital ID and “identity”