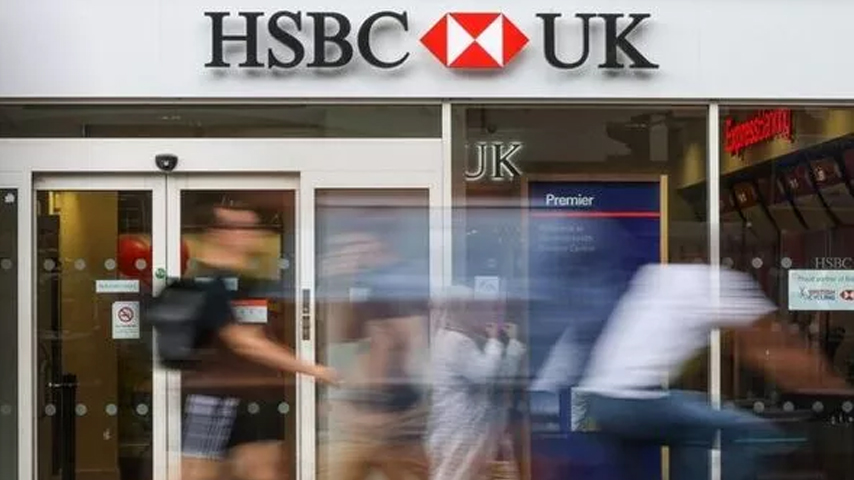 HSBC customers have slammed the news the bank is shuttering a quarter of its branches.

Banking giant HSBC has said it will close 114 branches across the UK from April next year as customers using them have fallen significantly since the pandemic. The news was met with fury and disappointment from customers, with one voicing surprise “they’ve got any left to close”.

The shuttered branches add to a wave of closures over the last two years. About 100 staff could lose their jobs as a result of the closures.

The bank said it is investing tens of millions of pounds in updating and improving its remaining branch network, which will total 327 after the new wave of closures.

But the reasons did not wash with some customers.

One angry customer wrote on Twitter: “Soon there won’t be one bank open physically! We will all be totally enslaved to digital currency.”

Another remarked: “Genuinely surprised they’ve got any left to close. They’ve closed four of my ‘home branches’.”

HSBC said the decline in customers using branches has accelerated so much since the Covid pandemic that some of those closing are serving fewer than 250 people a week.

On the other hand, usage of its mobile app has almost tripled since 2017, with the vast majority of transactions completed digitally.

One customer said they had “never had customer service as bad as HSBC’s”, saying “every retail customer is seen as an annoyance”.

They added: “I hope this causes their few remaining customers to go somewhere they’ll be valued.”

Jackie Uhi, HSBC UK’s managing director of UK distribution, said: “People are changing the way they bank and footfall in many branches is at an all-time low, with no signs of it returning.

She added: “Banking remotely is becoming the norm for the vast majority of us.”

Ms Uhi continued: “The decision to close a branch is never easy or taken lightly, especially if we are the last branch in an area, so we’ve invested heavily in our ‘post-closure’ strategy, including providing free tablet devices to selected branch customers who do not already have a device to bank digitally, alongside one-to-one coaching to help them migrate to digital banking.”

About 100 employees could lose their jobs as branches shutter. HSBC stressed that it hopes to redeploy all its employees at affected branches to other roles within HSBC, either to other branches or to a different position.

It plans to speak to all staff in the branches due to close but it estimates that around 100 employees could leave.

Earlier this year, HSBC announced the closure of 69 branches across the country.  It said the decision was taken as part of its “transformation” into how branches operate within individual communities.