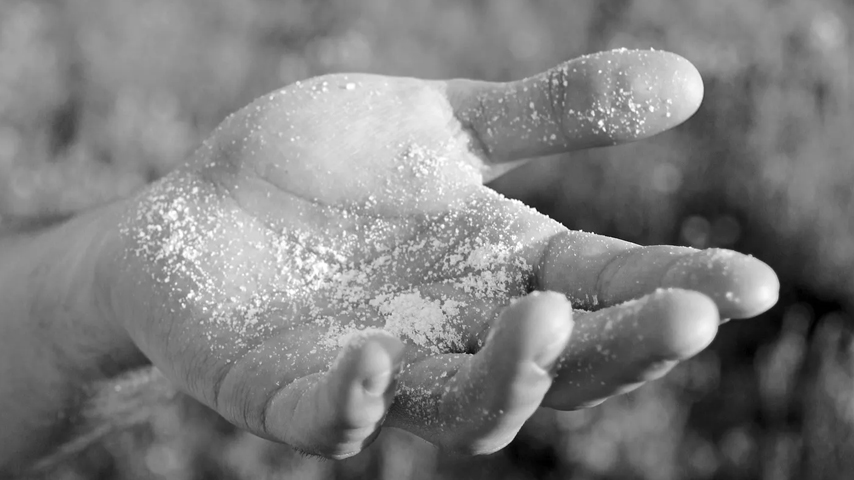 As representatives of Jesus, we are to be both salt and light

Jesus summarizes how His followers are to live in these last days before His coming with a dual word picture of salt and light:

“You are the salt of the earth. But what good is salt if it has lost its flavor? Can you make it salty again? It will be thrown out and trampled underfoot as worthless.”—Matthew 5:13, NLT

How are we to be salt?

It’s hard for us to understand today how valuable salt was in the first century. To us, salt is something very common, ordinary, and inexpensive. We use it every day, but really don’t hold it in high regard. Back in the first century, however, it was a valuable commodity. The Romans believed that, except for the sun, nothing was more valuable than salt. In fact, Roman soldiers were sometimes paid in salt. That’s where we get the old expression, “He’s worth his salt.”

There are a few things that salt does that we as Christians should be doing—especially in these days of unprecedented cultural assault against all we hold dear. If the disciples of the first century could easily apply these truths, then those of us living in 2022 can apply them ten times over.

Because they didn’t have refrigeration in New Testament days—can you imagine?—people would rub salt into meat to preserve it. Then they would cut the meat into slender strips and soak it in a salt solution, which would keep it edible for a long time.

In the same way, Jesus said we as Christians are a preservative in this world. It is Christians who usually stand up for what is true. When something wrong or immoral is happening in our communities or in our schools, we stand up and speak out, as we should. When there is a crisis somewhere in the world, it is Christians who step up to the plate and are often the first with boots on the ground, bringing help to those in need. I think of the recent catastrophic floods in Kentucky, and how Franklin Graham and Samaritan’s Purse responded immediately with food and shelter and comfort for the victims.

On a personal level, the presence of a Christian can sometimes change a conversation. Maybe some of your coworkers are telling a dirty joke. Then you walk into the room and the joke suddenly stops. It’s a little awkward for them. They wait until you leave the room before they finish. Or they will say something like, “Plug your ears.”

Your simple presence just created a little tension in the room. And that is good. It may have never occurred to your coworkers in these terms, but when you walked in you arrived as a representative of Jesus Christ. That had a preserving effect, resisting corruption.

If you think things are bad in this world now, wait until all of the salt is suddenly removed—in an instant!—when the Church is taken out of the world at the Rapture.

Right now, the Church of Jesus Christ has a preserving, restraining effect on the culture. The Holy Spirit works through us to stop corruption. Scripture makes this clear:

“For this lawlessness is already at work secretly, and it will remain secret until the one who is holding it back steps out of the way. Then the man of lawlessness will be revealed, but the Lord Jesus will kill him with the breath of his mouth and destroy him by the splendor of his coming.”—2 Thessalonians 2:7-8

That passage is saying the Antichrist cannot be revealed until the Church is first removed from the earth. The Holy Spirit working through the Church is a restraining force in the world today.

Someone once said, “You can lead a horse to water, but you can’t make him drink.” His friend replied, “That may be true. But you can put salt in his oats!” We’ve all had the experience of eating some really salty stuff and becoming very thirsty afterward. It’s like those huge buckets of popcorn they sell you at the movies. Do they really have to be that big and cost a hundred bucks?

If you are a real follower of Jesus, you will stimulate others to thirst for God. When I am around certain people for any length of time, I start to find in myself a desire to be more Christ-like. There’s something about them—the way they talk, the way they live, the way they are—that stirs something in me, making me want to be closer to God.

But what happens when salt loses its saltiness? You shake it on your French fries and they’re still as bland as ever. It’s worthless, isn’t it?

Jesus said it was good for nothing “but to be trampled underfoot by men.” What good is it? It’s like decaf coffee or un-carbonated Coke. Who needs it?

This portrays a believer who isn’t walking with God, or who has been so compromised by the world that you can no longer even tell if he or she is a Christian. It’s a believer with no zing. No tang. No fizz. No flavor of Christ. And they become useless to the Lord.

A little pinch of real salty salt, however, goes a long way.

Jesus can do a lot with a few salty Christians. A believer in the right circumstances at the right time can make all the difference in the world.

“Light of the World”

Crucially, Jesus offers a second of His dual word picture. In addition to living like salt, we should also live like light:

“You are the light of the world—like a city on a hilltop that cannot be hidden. No one lights a lamp and then puts it under a basket. Instead, a lamp is placed on a stand, where it gives light to everyone in the house. In the same way, let your good deeds shine out for all to see, so that everyone will praise your heavenly Father”—Matthew 5:14-16

Notice the order here…salt, and then light.

In other words, you live it and then you share it.

The greatest compliment a nonbeliever can pay you is when they say, “There is something about you. The way you live. Your attitude. Your disposition. The way you work. Everything. I don’t know what you have, but I want it, too.”

Oh man…what an open door to share your faith! You gained that opportunity by being salt, earning the right to be light.

What does light do? Light exposes things. It exposes the darkness, and a little light goes a long way. Have you ever been in a movie theater and some guy pulls out his iPhone? You can see it all over the theater. I once read that on a dark night, the unaided human eye can see a single candle flame flickering up to 30 miles away!

Light exposes darkness, and people who love the darkness don’t appreciate that at all. As Jesus explained, “All who do evil hate the light and refuse to go near it for fear their sins will be exposed” (John 3:20).

In the same way, when a Christian is living as he or she should, it may make people uncomfortable. Sometimes they will come under the conviction of the Holy Spirit, and that is a good thing. That is what we pray for.

Light not only exposes the problem, it shows the way out of the darkness. If I’m in a dark, unfamiliar room and I don’t know how to get out, I start groping for a light switch so I can find the door.

In the same way, we as believers will tell people what is wrong, but then we show them what is right, and how to know God. The door is Jesus Christ, and that’s where they need to go.

You might say, “Greg, that’s a lot to lay on one person.”

“That’s too much pressure,” you say.

You are His representative in these crucial days before His coming, so do everything you can to be a good one.