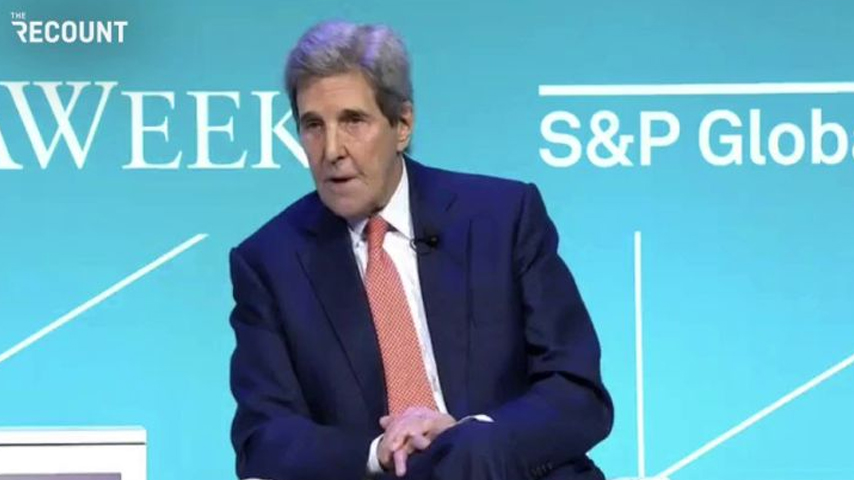 Is the Biden regime provoking a war to cause a global famine?

Our corrupt elites keep predicting at their globalist conferences that food will soon become scarce and expensive. Why is that? It seems to be an unlikely scenario in our age of modern farming and global shipping. Why would food production capacity suddenly collapse for, say, 100 million people?

U.S. Climate Envoy John Kerry: "We're already seeing climate refugees around the world. If you think migration has been a problem in Europe in the Syrian war … wait until you see 100 million people for whom the entire food production capacity has collapsed." #CERAWeek pic.twitter.com/JII1YOHWuR

This is where the Russia-Ukraine war comes in. Russia and Ukraine together produce about 30% of the world’s wheat exports — as well as 15% of corn exports and 30% of barley exports. Russia alone produces 15% of the world’s fertilizer. According to the corporate media, the war is causing fertilizer costs to skyrocket.

All our media outlets agree about this “unintended” consequence.

Biden has explicitly said that food shortages are coming and that the deaths of millions of people due to starvation is just the price we all have to pay for our sanctions on Russia — and the ensuing mayhem that they’ve caused for wheat exports.

Food shortages are a price that the public must pay to defeat Putin.

They want to punish you for something that is nothing to do with you.

Welcome to the next step of The Great Reset.

This is exactly what the globalist elites want to happen. The Biden regime is not preventing catastrophes — it’s provoking them. Population reduction by virus or vaccine or famine is the ultimate goal. You are the carbon footprint they want to reduce. And if you don’t believe me, just remember that it only took 14 months to go from “Build Back Better” to “get ready for a global famine.”

It should be noted that China, one of the big donors to the World Economic Forum (and thus to the entire Great Reset agenda), has been preparing for this state of affairs since 2019 — according to the bankers at JP Morgan. In a recent note, they tell us: “While the world is short on commodities, China is not — given they have started stockpiling commodities since 2019 and currently hold 80% of global copper inventories, 70% of corn, 51% of wheat, 46% of soybeans, 70% of crude oil, and over 20% of global aluminum inventories.”

Let’s recall that 2019 was the year of the first COVID outbreak in Wuhan, China. Does that sound like an accident to you?

While the West stockpiled debt, the communists stockpiled food and oil and commodities. Meanwhile, America currently enjoys barely a month’s worth of strategic oil reserves. The Great Reset might as well be called: China’s Next Great Leap Forward. Inflation, rigged elections, deadly vaccines, economic shutdowns — we are being driven into the ditch. Western governments have let all of this happen because they were paid by China to do so — and our corrupt elites have lined their own pockets in the process.

Do you really think that America is going to protect Taiwan when the time comes? Of course not — the Biden regime doesn’t even want to stop China’s spies currently in America. Why do you think the Chinese communists have been paying all that money to Hunter Biden for so many years? Why do you think 51 national security officials burned their credibility in a public bonfire to claim the Hunter Biden laptop was Russian disinformation? Why do you think one consulting firm with shadowy finances provided almost the entire cabinet to the Biden regime?

Joe Biden, who has been infamous in Washington for five decades for saying dumb things in public, isn’t even pretending that his disastrous leadership choices are unlucky or accidental anymore. He’s just informed us that “the new world order” is here — and America is going to lead it.

Speaking to the Business Roundtable CEOs, Joe Biden says the pandemic presents America's elite with "significant opportunities to make some real changes" and position themselves to lead "a new world order" pic.twitter.com/1t3KEphjic

The coronavirus pandemic wasn’t a catastrophe, you see, it was an opportunity for the global elites. The Russia-Ukraine war is an even bigger opportunity for them — which is why Western media has flooded your TV set with endless 24/7 coverage appealing for you to support a war against Russia.

Did you sign up for “supporting Ukraine” with the expectation that it would cause a global famine? Of course not. If the Biden regime truly cared about preventing the starvation of millions of people around the world, then it would be reducing sanctions on Russia and pushing for peace talks during the planting season in the most productive wheat fields in the world — and that’s the exact opposite of what they’re doing.

Those “unintended” consequences are the point.

Who got banned from Twitter for reporting on the deadly vaccines that don’t work?

Independent and fearless journalists need your support like never before.

The corporate media is completely corrupt. They just got exposed for taking the Biden regime’s money to push the deadly vaccines on your family without disclosing it! There’s a word for that — and the word is propaganda.

If we are going to survive the current regime then we must stand together.

I’ve got your back.

Do you have mine?

Identifying the Luciferian Globalists Implementing the New World Order – Who are the “Jews”?