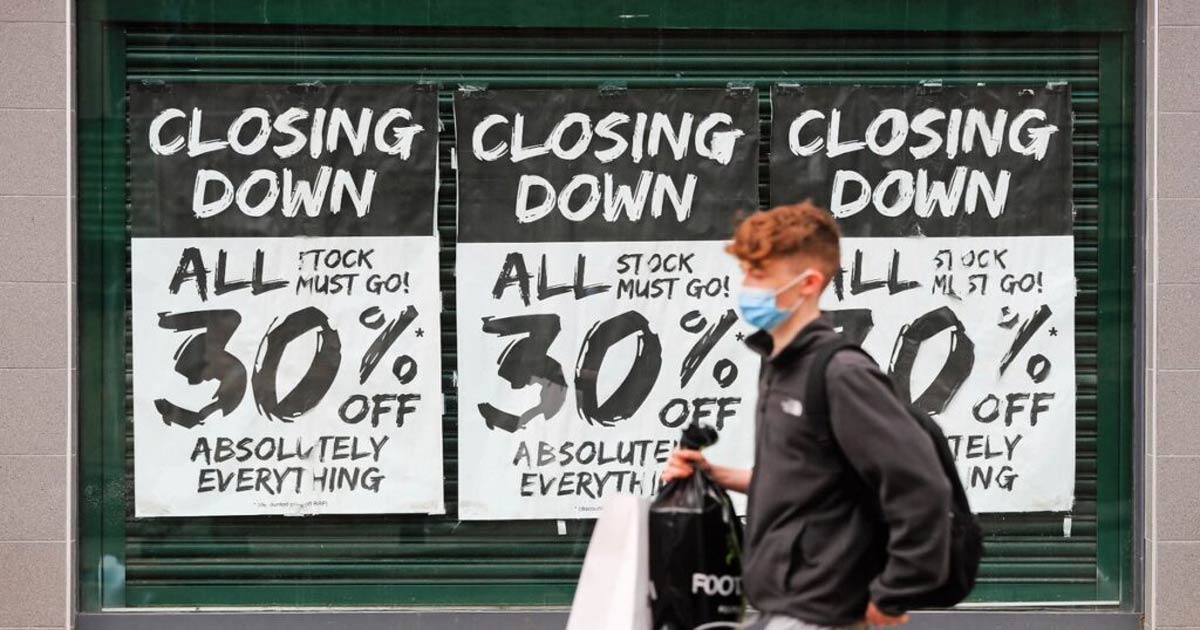 The past 18 months have not been kind to small businesses. If you were unfortunate enough to live in a blue state during the onset of the covid lockdowns and you own a brick-and-mortar business then you have probably spent a large part of that 18 months closed, or struggling to stay open with a skeleton crew of employees. If you did manage to get a PPP loan from the government during the shutdown you are now realizing that the 24-week grace period is running out and you will probably have to pay most if not all of that money back soon. Many who tried to get a PPP loan failed because the money was quickly chewed up by major corporations instead of being reserved for small businesses.

And this isn’t even the beginning of the list of troubles for small companies. I have to say unless a large part of your business is handled online your chances of staying solvent are slim. This is not the fault of most business owners, though, it is a consequence of artificially created conditions and restrictions.

What do I mean by this? Well, let’s look at some factors that many people might not be aware of…

Here’s why small businesses are suffering

For example, both state and federal governments have been offering some level of covid unemployment stimulus. In the case of federal programs, this could amount to $300 extra a week on top of a person’s existing unemployment checks, even more, if their state has a separate program. This has created a massive drought in the employee pool. No one wants to work when they can stay home, do nothing and make more money than they ever were before the pandemic. The reality is that there are jobs everywhere right now, but almost no one is applying.

But guess who can’t make offers like that? The majority of small businesses. Large corporate chains have enjoyed endless stimulus packages from the federal government and the central bank and as long as this continues they will always be able to outbid small businesses for employees. And though the federal covid checks are slowly winding down, there are still millions of people receiving regular unemployment for many months to come. In a bizarre twist, the jobless are now flush with cash and are in no hurry to rejoin the workforce. Small companies simply cannot compete and lure these workers from their covid vacation.

This creates a conundrum for small business owners – Their overhead is rising and this is shrinking their profit margins. But, if they raise prices it makes it even harder to compete with large corporations that are able to keep prices lower for longer because they have government stimulus backing them up. So, not only are brick and mortar businesses unable to compete for employees, but they also can’t compete in terms of prices as the cost of materials and goods spikes. It’s inevitable, they will have to close down. There were over 200,000 extra small business closures in the past year alone due to covid and the lockdowns.

With small businesses being hit with a perfect storm leading to mass closures, the end result will be that only major corporations will be left to offer services in the near future, and I’ve been wondering for the past several months now if this is not part of the plan…

I am reminded of the situation that took place during the Great Depression involving small banks. In the 1920s there were thousands of small-town and county banks across the country that were unaffiliated with major banks like J.P. Morgan or Chase National. It might sound strange to hear it but before the Depression, many banks used to be small mom-and-pop businesses. By the end of the 1930s over 9000 small banks had failed, and the primary beneficiaries were the major corporate banks that absorbed all the assets into their portfolios for pennies on the dollar.

In other words, the banking industry and the massive power it holds today were consolidated in the wake of the economic collapse of the 1930s, and nothing was ever the same again. This beneficial crisis was helped along by the Federal Reserve, which had artificially lowered rates through the 1920s, only to rip rates higher in the late 1920s and the early 1930s. In an address to economist Milton Friedman on his birthday, former Fed Chairman Ben Bernanke admitted that the Fed was essentially responsible for the disaster of the Great Depression, stating:

“In short, according to Friedman and Schwartz, because of institutional changes and misguided doctrines, the banking panics of the Great Contraction were much more severe and widespread than would have normally occurred during a downturn.

Let me end my talk by abusing slightly my status as an official representative of the Federal Reserve. I would like to say to Milton and Anna: Regarding the Great Depression. You’re right, we did it. We’re very sorry. But thanks to you, we won’t do it again.”

It’s interesting to me that the collapse that the Federal Reserve “accidentally” caused just happened to be the same collapse that allowed their good friends in corporate banking to centralize financial power for decades to come.

Today, we may be seeing a similar scenario unfolding. Look at it this way – The lockdowns were completely unnecessary. They didn’t stop infection rates and thus they didn’t save any lives anyway. In fact, the states with the harshest lockdowns and strictest mask mandates also had the worst infection spikes.

The covid unemployment programs are mostly unnecessary and only justified by the pointless lockdowns. And the stagflationary conditions have been mainly inflamed by the trillions in stimulus that the federal government and the Federal Reserve printed from thin air to pay for the unnecessary covid response programs and unemployment. The covid checks and loans have conjured a workforce calamity, but they have also fueled a retail buying spree which is mostly enriching manufacturing hubs like China, triggering exploding shipping demand and shipping costs, straining the supply chain, jamming up cargo ports, and raising overall prices by leaps and bounds.

Every single element of this crisis has been engineered. And I would suggest the possibility that, like in the Great Depression, major corporations are once again in a convenient position to devour the small business sector and become the only game in town for all retail and services.

Not only do corporations benefit from the death of a small business, but so does the Biden Administration in its relentless pursuit of covid vaccine mandates. Consider for a moment that small businesses are the antithesis to covid controls. Why? Because they offer people who refuse to take the experimental vaccines an alternative to major retailers that might demand to see their vax passports. Small businesses are much more likely to defy the draconian mandates, so Biden also wins by removing competition to the corporate oligarchy that supports his controls.

Even if a small business complies with the passport mandates it will not save them, because the number of extra costs involved in enforcement will be too much for most of them. Constantly policing customers and employees for up-to-date vaccine cards will become a full-time job. Any slip-up could mean a $70,000 to $700,000 fine, and because they have already submitted to the passports those businesses will have no backup from the community if they try to refuse to pay. They will ultimately close down anyway.

Without liberty-minded small businesses, the only options left for the unvaxxed will be self-employment (which will also be made more difficult over time), or barter and black markets.

Ironically, it is this threat that also creates an opportunity for small business owners. If they band together within their communities and let their communities know that they absolutely will not enforce the vaccine passports on employees or customers, then they could actually have a way to compete with and defeat the big box stores. They would have far more potential workers applying for jobs so their employee pool would grow at this critical time, and, they would gain all the customers in their area that also refuse to comply with the jab. Unless they are operating in a blue county, they will likely gain considerable business.

All the incentives are there. Small businesses will succeed and local communities will have options for defiance of medical tyranny. Will it anger the overlords? Yes, but who cares. They want to put you out of business anyway, so why not take a risk and fight back? The choice is to make a stand now or live under the heel of a boot for the rest of your days. That’s all there is.

However, these measures need to be taken now before it’s too late. I also expect that as stagflationary pressures mount smaller businesses and the communities around them will have to start considering alternatives to the U.S. dollar. Precious metals are one option, along with barter and trade or local scrip as long as it is backed by commodities. There is much to be done. It is time for small businesses to accept the possibility that they have been targeted for destruction; they can do nothing and wait for the hammer to fall, or they can take measures to protect themselves. I suggest the latter.