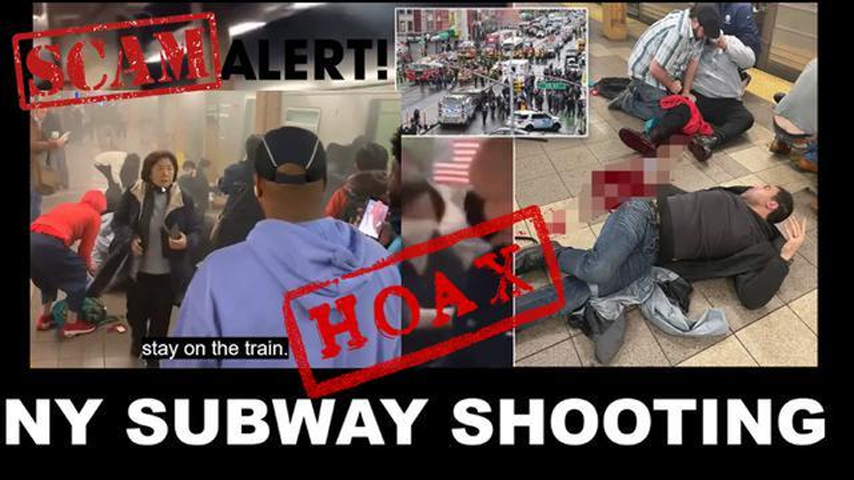 They are at it again… our criminal government staging shootings for their gun control. We have not had a mass shooting in months. I can’t believe they waited this long to trot out this fake crap. In celebration of Easter? More bread and circuses for the masses. (source: MaxResistance)

Frank R. James is the supposed shooter, and his name equates to 44. Recall, that California just had the mass shooting of April 3, 2022, 44-days after Gavin Newsom’s gun control speech on February 18.

Recall the 181 ritual blaming the black man for throwing the Asian woman in front of a subway train earlier this year in New York.

This comes 87-days after the reported killing of Michelle Go on January 15, and on the 102nd day of the year. Again, they said the shooting happened at the 36th Street Station. 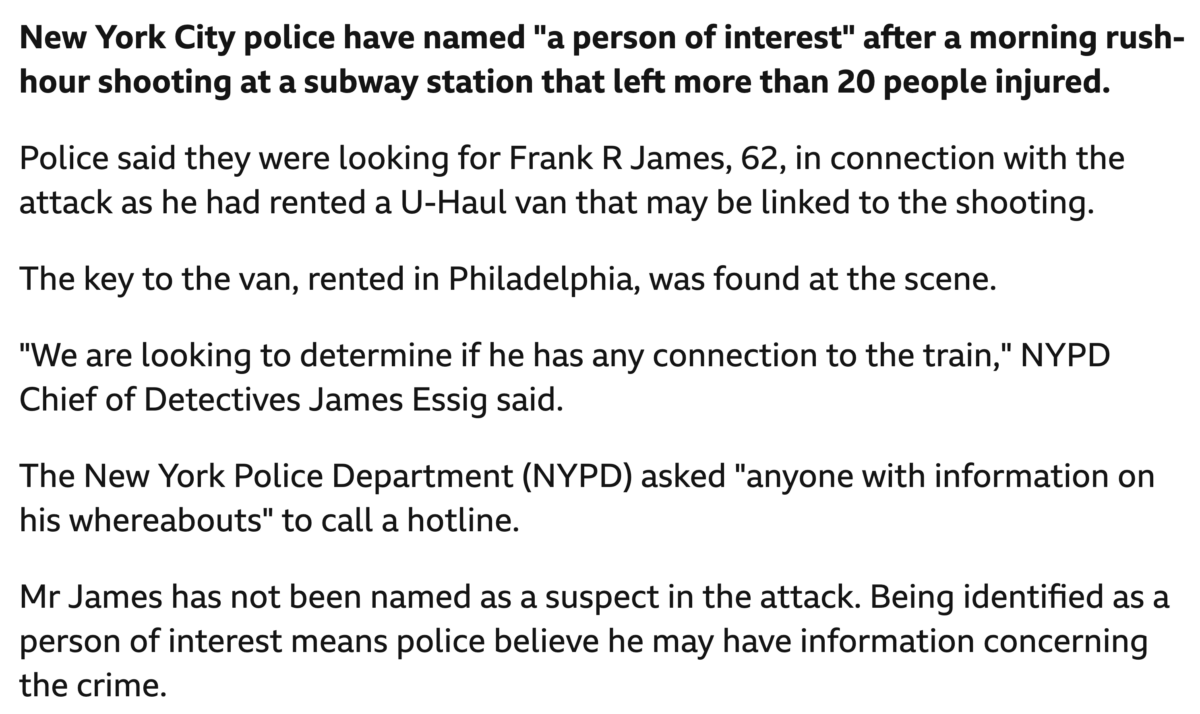 Also noteworthy, they’re saying the shooter is 5’5″, on the day they’re reporting the death of the 5’5″ comedian, Gilbert Gottfried, who died on the 44th day of his age.