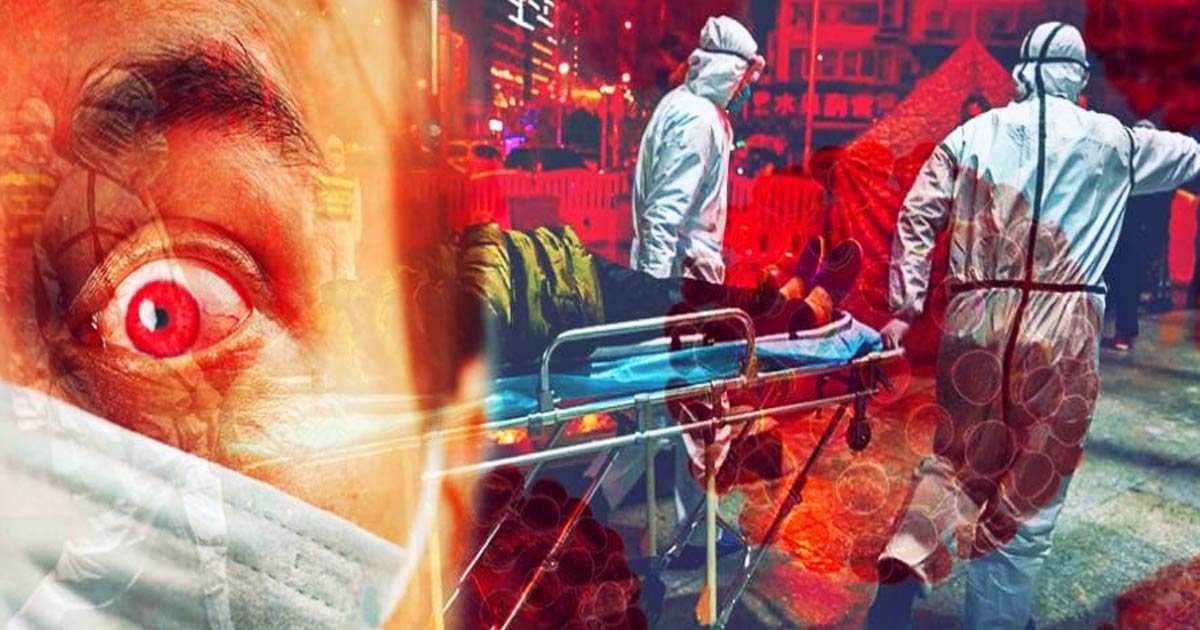 Isn’t anyone even the slightest bit suspicious about how fast this $2 trillion dollar bailout came into being? It’s almost like they already had the paperwork drawn up! By the time it’s done, it will be the largest, single government bailout in human history, all this for a virus that runs it’s course in a couple of months? The Spanish Flu of 1918 killed over 50,000,000 people in a single year, the coronavirus even with worse-case predictions will not amount to a fraction of that. And yet, the entire world is on lockdown, why now?

Over one-third of the world is on lockdown, with more countries issuing the order by the day. The morgues in New York City are filled to capacity, with no place to store the dead bodies. Officials were told that morgues in the city are expected to reach capacity next week, per the briefing. A third person familiar with the situation in New York said some of the city’s hospital morgues hit capacity in the past seven days. Hawaii and North Carolina have asked for mortuary help as well, and the disaster response agency is currently reviewing the requests.

Indian Prime Minister has placed entire country on lockdown and even curfew at various places with about 500 cases and less than ten deaths in a country of 1.3 billion people. This is the move they have taken in consideration if it spreads rapidly, India being a developing nation would not be able to contain it and entire country will break down. But Indian police is doing whatever they want and if someone misbehaves with the cops, even if its a genuine problem, it becomes a headline in the mainstream media. Indian MSM is leaving no stone unturned in spreading the fear and demonizing those who are leaving their homes.

The world is changing right now, it is changing economically, financially and socially, to such a degree that one can only surmise watching this that a New World Order is preparing to rise up from the ashes of the coronavirus crisis. Never in modern history has there been such a volatile reaction to an infectious outbreak. AIDS, SARS, Ebola, West Nile Virus, and Swine Flu didn’t come anywhere near the level of panic we are seeing now. What we are watching is an event that is absolutely unique in our modern era, and could quite possibly be unique in human history. Not the virus, the reaction to the virus.

Take A Look At Today’s Random Headline Sampling And See For Yourself:

According to Rasmussen Reports, “between 750,000 and 1.1 million Americans may die of this disease before it runs its course. The latter figure is equal to all the U.S. dead in World War II and on both sides in the Civil War. Chancellor Angela Merkel warns that 70% of Germany’s population — 58 million people — could contract the coronavirus. If she is right, and Fauci’s mortality rate holds for her country, that could mean more than half a million dead Germans. If Fauci’s 1% mortality rate and Lipsitch’s estimate prove on target, between 3 billion and 5 billion people on earth will be infected, and 30 million to 50 million will die, a death toll greater than that of the Spanish Flu of 1918.”

But the real story is not in the mortality rate as all pandemics are harsh when it comes to that. In 2009, Obama’s Swine Flu outbreak wound up generating over 60 million infections globally, resulting in 12,469 deaths in the United States, and guess what? No masks, no quarantines, no lock-downs, no panic. The real story is the panic and actions being taken by world governments that are bringing about hyper-radical change.

The National Guard has already been called up in 22 states. Remember how it handled Hurricane Katrina? Here’s a quick reminder. #BigGovVirus pic.twitter.com/2sHlf3Sgj5

We are watching the coronavirus pandemic being used to collapse the existing global system to make way for the coming New World Order, nothing will ever again be the same. The coronavirus is real, people are actually dying, and you need to protect yourself and your loved ones the best you can. But this panic, this rush to throw trillions at the problem is absolutely manufactured, I don’t believe a bit of it. Under the guise of the coronavirus pandemic, power is being seized within the all over the world, and it will not be returned to the people. If the United States falls, the whole world will fall, and a new world order will emerge from the ashes.

And also don’t forget the ID2020 program that will the paint the final picture of order out of chaos. From what I see next 6-8 months will play crucial role in where humanity goes from here. And if not stopped it will take no more than 2-3 years to see this global order in place.