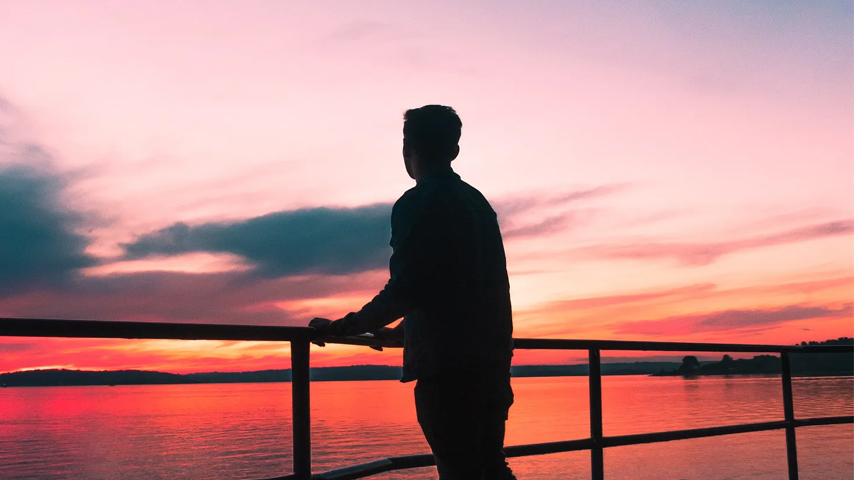 Be alert: Focus on protection, preparation and proclamation

The call to readiness dominated the teaching of Jesus, especially in the final days of His life on earth. Time and again, He emphasized that His followers must keep watching and stay alert. In his great prophetic sermon in Mark 13, delivered just two days before He died on the cross, Jesus gave the basic blueprint or outline of the events that will immediately precede His coming.

In this sermon, Jesus provided a litany of signs that will portend His return to earth. Jesus clearly believed in the signs of the times. He says that the generation that sees these signs will witness His Second Coming to earth (Mark 13:30). However, this sermon is much more than a list. Jesus highlights how His followers are to live in light of His coming.

Jesus closes His sermon with a clear call to spiritual alertness. As you read His words notice the repeated use of “watch” and “stay alert.” I’ve made each of these phrases bold in the passage below:

“And since you don’t know when that time will come, be on guard! Stay alert. The coming of the Son of Man can be illustrated by the story of a man going on a long trip. When he left home, he gave each of his slaves instructions about the work they were to do, and he told the gatekeeper to watch for his return. You, too, must keep watch! For you don’t know when the master of the household will return—in the evening, at midnight, before dawn, or at daybreak. Don’t let him find you sleeping when he arrives without warning. I say to you what I say to everyone: Watch for him!”—Mark 13:33-37, NLT

Jesus refers to the four watches of the night according to Roman reckoning: evening, midnight, before dawn (“cockcrow”) and daybreak. He emphasizes that He can come at any time. Vigilant readiness is required. Those waiting for Christ to come must fight spiritual drowsiness.

I once heard of a college professor who walked into the lecture hall each morning and removed a tennis ball from his jacket pocket. He would place it on the corner of the podium. At the end of the lecture, he would retrieve the tennis ball, put it back in his jacket pocket and exit the room. The students had no idea why he carried out this daily ritual, until one day a student fell asleep during the lecture. The professor walked over to the podium, never skipping a word, picked up the tennis ball and fired it at the sleeping student—striking him squarely on the top of the head.

The next day, the professor walked into the room, reached into his jacket, and removed a baseball.

No one ever fell asleep in his class the rest of the semester!

The words of Jesus should serve as a tennis ball to the head for those of us who are drowsy and dozing in these last days. With all that’s going on in our world today, we have every reason to be awake and alert.

A U.S. Army officer contrasted the attentiveness of his pupils across two different eras of teaching at the artillery training school at Fort Sill, Oklahoma. In 1958-60, the attitude of the students was so careless the instructors had a hard time getting the men to stay awake to hear the lectures. However, during classes in the mid-1960s the men, hearing the same basic lectures, were alert and took copious notes.

What was the difference? The men in the later class knew that, in less than six weeks, they would be facing the enemy in Vietnam. There’s something about a sense of urgency that wakes us up. Knowing we’re going to have to face the fire has a way of grabbing our attention. In these last days, with the spiritual war raging around us, Jesus should have our rapt attention. His call to alertness isn’t abstract theory.

So, what does it look like, according to Jesus, for us to be alert as we await His coming?

Alertness during the end times means focusing on protection. We must stand strong in the truth and guard our lives against spiritual deception swirling around us. The sermon in Mark 13 begins with these words from Jesus, “See to it that no one misleads you.” He later adds the warnings, “be on your guard” (v. 9) and “Take heed” (v. 23).

The repeated warnings are clear that we must be on guard against false teaching that will proliferate as Christ’s coming draws near.

In his book The Ruler Who Serves, Ray Stedman writes about Mark 13 and the Parable of the Doorkeeper:

Now, what is he to watch for? Is he to watch for the master’s return? That is the way this is usually interpreted. But that is not it, for he is to start watching as soon as the master leaves. They know he will not be back right away. What then is he to watch for? He is to watch lest somebody deceive them and gain entrance into the house, and wreck and ruin and rob all they have…. Don’t let anything derail you from being what God wants you to be in this day and age. This is the way you watch. We are not to be looking up into the sky all the time, waiting for his coming. That will happen when he is ready. We are to watch that we are not deceived.

Alertness involves protection, building a strong defense against error. And what is the best defense against the false teaching and deception that is proliferating around us? It’s knowing the truth of God revealed in the Bible. Staying awake and alert means we must read, study, and apply the Bible for ourselves, and also regularly listen to gospel-centered, biblical preaching at a local church. Make sure you and your family are alert by being protected.

Second, spiritual alertness includes preparation. We can’t be ready and alert if we’re unprepared. Mark’s gospel gives us an important clue about what it means to be prepared for Christ’s coming. Mark uses a literary device known as an inclusio to make his point. An inclusio involves placing similar material before and after a specific text in order to bracket, bookend, or frame the text—emphasizing what is most important in the section in between the bookends.

Mark 13 is strategically bracketed or bookended by two accounts of unnamed women who are the epitome of faithfulness, loyalty, and devotion to God. The preceding bookend is the poor widow in Mark 12:42-44 who gives everything she has to the Lord.

The following bookend is an unnamed woman who anoints Jesus’ feet with expensive perfume (Mark 14:1-9). Her sacrifice is profuse, pure, and precious.

By bookending Mark 13 with these two stories, Mark gives clear examples of the lavish sacrifice and devotion that characterize preparedness for Christ’s coming.

How prepared is your life for the coming of Christ? Are you living a life of sacrifice and devotion like the two women in Mark 12 and 14? Pastor Steven Cole relates this personal story about always being prepared:

I once worked in the swanky Drake Hotel in Chicago. Years before I was there, in July of 1959, Queen Elizabeth was scheduled to visit Chicago. Elaborate preparations were made for her visit. The waterfront was readied for docking her ship. Litter baskets were painted, and a red carpet was ready to be rolled out for her to walk on. Many hotels were alerted to be ready. But when they contacted the Drake, the manager said, “We are making no plans for the Queen. Our rooms are always ready for royalty.”

Make sure your life is always ready for royalty. Live each day alert and prepared by laboring and living sacrificially for our coming King, as we await His arrival.

The third aspect of our alertness in the last days is proclamation. In Mark 13:10, Jesus says, “For the Good News must first be preached to all nations.” Jesus is saying that before He comes again at His Second Coming, all the world must hear the gospel. This doesn’t have to be fulfilled before Jesus comes for His bride at the Rapture, but it must happen before Jesus can return to earth at the end of the future time of Tribulation.

Part of our marching orders for last-days living is faithfully proclaiming the gospel (see Matthew 28:18-20). How can we legitimately claim to be awake and alert and at the same time be oblivious to the perishing world around us? Watching and witnessing go together. We can’t get so caught up in our own ambitions and pursuits that we turn a blind eye and a deaf ear to those around us without Jesus. Neither can we get so caught up in the details of the end times that we lose sight of the spiritual needs that surround us.

As my friend Randall Price writes in his book Jerusalem in Prophecy:

What good is to be able to understand the seven heads described in Revelation 13:1 if we don’t use our own head? Or what profit is it to discern the ten toes of Daniel 2 …if we don’t move our own two feet? And what value is it to know about the great mouth that speaks lies (Daniel 7:8; Revelation 13:5) unless we open our own mouth and speak the truth? In every generation where prophecy has been properly proclaimed, the results have been a harvest of souls to the glory of God.

We need to ask the Lord every day to give us opportunities to witness for Him and the boldness to speak. Alertness includes being on the lookout every day for those around us who haven’t found spiritual refuge in Jesus from the coming storm.

As the coming of Jesus draws near, make sure you’re alert by protecting, preparing, and proclaiming.

What If It Happened Today?