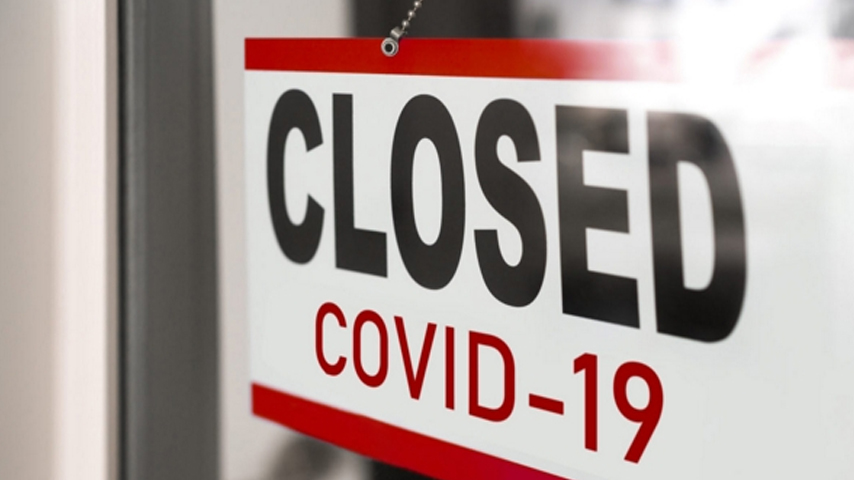 The International Energy Agency (IEA) has issued what they call a “dire warning.” They say there will be a 5% increase in carbon emissions as global economies reopen after the COVID shutdowns and that it will be “anything but sustainable” for the environment. This implies that the shutdowns have been good for the environment and that returning to normal is bad.

There has also been a flood of articles in the mainstream media advocating for the use of lockdowns to address so-called climate change.

Do you think that the COVID lockdowns could become climate change lockdowns?

Doug Casey: Without exception, almost everything they say in these articles is either an overt and intentional lie or just factually incorrect. Things that are controversial at best are presented as incontrovertible facts.

Let me first reiterate a few facts about COVID.

It’s hard to be sure because everything about it has become highly politicized, but COVID itself seems no more serious than the Asian Flu, Hong Kong Flu, Bird Flu, or Swine Flu that have come and gone in recent decades and is not even remotely comparable to the Spanish Flu of 1918.

The numbers show that COVID is a risk for people over 70, the obese, and the sick—but a medical non-problem for everyone else. That’s why the average age of decedents is 80, even though it appears that everyone who dies with the virus in their system is reported as a statistic—even if they die of an auto accident or a heart attack. People with zero symptoms are, nonetheless, listed as “cases” if they fail the overly sensitive and very expensive PCR test.

We might ask: “What’s behind this insane flu hysteria—which is radically restructuring the world’s political and economic landscapes? And why now?” It seems very oddly coincidental with a few other phenomena.

One is that the world is on the cusp of a fantastically devastating depression due to the insane creation of currency units all over the world by central banks. Is the phony COVID hysteria—and, yes, I believe it’s 80% phony—being used as an excuse for the coming collapse, a way to recuse those responsible for the insane economic policies causing the depression? In other words, is the COVID hysteria an artificially constructed force majeure used to distract from the real cause of the Greater Depression?

Another phenomenon is that the COVID hysteria has proved an excellent way to scare the hell out of the public everywhere. Terrified people demand “strong” leaders and strict controls. It’s a godsend for the kind of people who go into government, anxious for any excuse to self-aggrandize and take more power. “Never let a serious crisis go to waste” has been an operating principle of powermongers since Day One. And war is the most serious kind of crisis. Don’t forget what Randolf Bourne said in 1914: “War is the health of the State.” But a real war with a real enemy is always risky and may not always be feasible. So powermongers create phony wars. In order to fight a war—any kind of war—you need a State to organize and legitimize it.

The first major phony war in living memory was Lyndon Johnson’s war on poverty—the poor lost. Then came Richard Nixon’s war on drugs. Then, Baby Bush declared war on terror. They’re all still ongoing, but it seems time for a two-front war. A war on global warming combined with a war on COVID will be ultra-effective for breeding fear in Boobus americanus. They say global warming can destroy the planet and COVID can kill everyone. A sure-fire combination. They’re certain to get widespread support from the usual suspects.

As a bonus, there’s a very high correlation between those who support the COVID hysteria and those supporting the climate change agenda. And both of them claim to have a new ally, “the science,” to sell the wars to scared chimpanzees. Not just in the US, but everywhere in the world. These two new wars will bring out the worst in everyone, everywhere.

Once you wash away their social veneer, the patina of civilization, you find that humans are tribal. Put them in groups and they revert to the lowest common denominator—they act like our anthropoid ancestors and relatives. Get people excited, hooting and panting like chimps, and they’re anxious to wage war on one thing after another. Imagine them as the anthropoids contesting the watering hole in “2001: A Space Odyssey.” Conflict gives them a sense of solidarity and gives their lives meaning.

That’s especially true of humans with collectivist views, which is to say, Leftists and busybodies. In today’s world, they include the “woke,” social justice warriors, progressives, BLM supporters, Antifa, and, of course, socialists, communists, Marxists, and all their fellow travelers. They’re all Puritans motivated to control other humans. The Left has always been that way, although it occasionally disguises itself as pro-freedom to seduce the naive.

For instance, during the ’60s, the Left was pro-drugs. But that’s not because they were for personal freedom or because they believed you have the right to do what you want with your own body. They were pro-drugs because widespread and irresponsible drug use can destroy civilization.

Even when the Left seems to have good intentions, it’s not the case. For instance, the Left was against the Vietnam War. It wasn’t because they were anti-war, but because the war was against their fellow communists. It was clever, in both cases showing up the Republicans as dim-witted, unethical, and hypocritical.

Today the Left, in its various incarnations, is all for the COVID lockdowns. Those will mutate into climate change lockdowns. Both will act to compromise human freedom—even more than previous phony wars. It’s ironic that the word “lockdown” used to be used mainly in prisons—it’s rather indicative of where the world in general and the US, in particular, are headed.

International Man: What are the chances climate lockdowns will work if and when governments try them?

Doug Casey: Climate change lockdowns will work. Why shouldn’t they? COVID lockdowns worked wonderfully. They’ll work even better because they’re not just about saving a few old, sick people but the planet itself. People have been brainwashed into being green eco-warriors for decades. The kids especially treat climate change and Greenism as a new religion and take it much more seriously than what’s left of Christianity. Yahweh is being replaced by Gaia.

People who can’t see that the wars on poverty, drugs, and terror were really just stupid scams are totally on board with new scams, the wars on the virus and climate change. They’re the same people making the same phony do-gooder arguments. The popularity of Greta Thunberg is indicative. She’s become an icon for the people who support this whole syndrome. It’s disturbing because she’s so pathologically angry. People don’t care that she’s mildly psychotic, highly indoctrinated, and irrational. It’s a sign of how degraded society has become that an autistic and deranged teenager can be an international hero.

I think it’s a natural segue to go from COVID lockdowns to climate change lockdowns. Although the eco-warriors will eventually see COVID as a good thing because they actually hate humans and would like to see Gaia cleansed of them.

As I’ve said many times before, I see both COVID and Global Warming as vastly overblown manias. Viruses go viral; everybody gets them and becomes immune. That’s the end of the story unless the virus is artificial and intended to cull the population. Anything is possible in a world where technology is advancing exponentially while ethics are going in reverse. Barring that, COVID will go away. Of course, they may come up with a COVID 2.0, COVID 3.0, etc., as needed.

As for Global Warming, nobody knows its degree of reality for sure—it’s all conjecture. But the danger of another ice age is at least as great as continued global warming. The only thing for certain is that the public, propagandized by the elite, can’t keep anything in context.

The last ice age only came to an end 12,000 years ago. And the globe has been warming, more or less, ever since. The public is unaware that there have been dozens of ice ages, lasting 50 to 100,000 years, throughout the Pleistocene period. There’s no reason to believe that the one that ended 12,000 years ago was the last one; we’re currently in an interglacial. Past ice ages have lasted many millions of years.

International Man: The Guardian recently ran a piece titled “Why Genghis Khan was Good for the Planet.”

“His murderous Mongol armies were responsible for the massacre of as many as 40 million people. Even today, his name remains a byword for brutality and terror. But boy, was Genghis green.”

It seems to imply that population reduction through mass murder was good for the planet. What are your thoughts on this?

Doug Casey: That’s a great quote from the article.

The abhorrent psychology of its writer borders on the criminal. He goes on to say, “It’s an intriguing notion, certainly”— meaning that he actually thinks it might not be a bad idea to wipe out a meaningful percentage of the population.

I hope he sacrifices himself for the climate, although that’s unlikely since he likely considers himself one of the elite who should be preserved because he’s ideologically pure and politically reliable.

These people have Pol Pot’s psychological makeup. In Cambodia during the ’70s, anybody who wasn’t a manual laborer with callused hands was liquidated—that’s what they did with roughly a quarter of the population.

Pol Pot, Stalin, and Mao, as well as Genghis Kahn, are idols for these people because they all think the same way. They actually hate the human race. And people are so stupid that they laud their destroyers. I’ve got news for them: Life is already nasty, brutish, and short enough. We don’t need political criminals making it worse.

International Man: While the US and other Western countries are committing economic and cultural suicide, what do you think will happen to countries like China, Russia, Brazil, and others? Will they follow the West or go their own ways?

Doug Casey: It’s hard to say what’s actually happening in a lot of countries because the quality of news reporting is so abysmal. But the trend is worldwide.

When it comes to climate change, these countries laugh at Westerners for their naivete, stupidity, and self-destructive tendencies. They don’t take it seriously. It’s another reason why the next century belongs to China.

The same is true of Russia, which, for all of its faults, is basically an anti-woke country. It’s been said—correctly—that there are more communists in American universities than there are in all of Russia.

Regarding investment advice, I’m much more interested in Chinese and East Asian stock markets than in Western stock markets. The same is true of Russian and East European stock markets because they haven’t been infected by the virus of wokeism. They had a serious bout of it from the ’30s through the ’90s, and it’s given them some immunity. Plus, their markets aren’t in a bubble, like those in the US especially. The countries that have hooked their car to the US choo-choo train are going to go over the cliff with the US.

It’s not as if China and Russia are models of intelligence and probity, but they’re acting far more intelligently than the US.

Editor’s Note: We’ve seen governments institute the strictest controls on people and businesses in history. It’s been a swift elimination of individual freedoms.

But this is just the beginning…

Most people don’t realize the terrible things that could come next, including negative interest rates, the abolition of cash, and much more.

With so many countries scrapping Covid measures are we soon approaching the ‘Peace and Safety’ moment?

Crushed Bug ‘Additive’ is Now Included in Pizza, Pasta & Cereals Across the EU