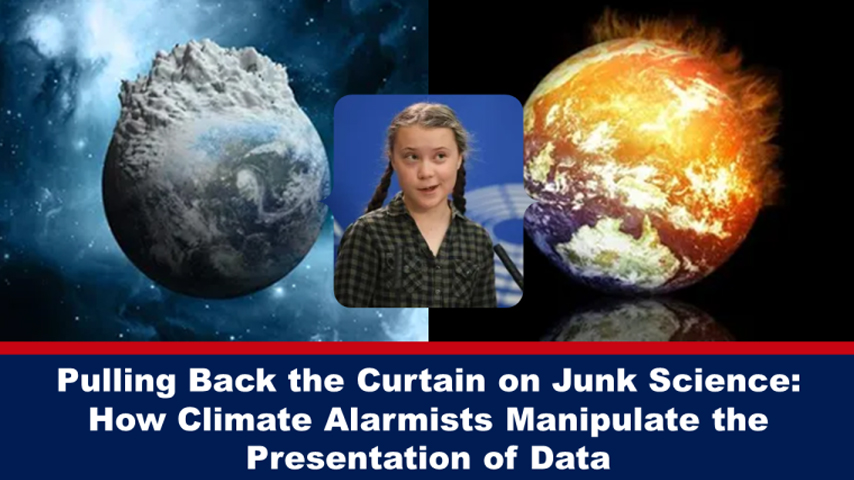 At the same time that ‘I haven’t a clue about science’ activist Greta Thunberg was preparing her overly dramatic “You have stolen my dreams, and my childhood, with your empty words. And yet I’m one of the lucky ones” speech for the United Nations whilst receiving praise for pulling millions of children out of school “for climate change,” life-long environmentalist Tony Heller was calmly making a video exposing the climate fraud.

Heller has higher education in geology, electrical engineering, computer science and geochemistry. You will be hard-pressed to find anyone with a broader career in science, education, environment and engineering. “Your computer/game consoles work, partly due to my efforts. By contrast, climate science doesn’t work, because it is done largely by dishonest, incompetent hacks who don’t follow or even understand any legitimate methodology,” he wrote.

On his website, Real Climate Science, is an article ‘The History of The Modern “Climate Change” Scam’ which includes images of the relevant documents to accompany each of the following statements, even though we have only included one such image:

In January 1972, the National Science Foundation held a meeting at Brown University to discuss ‘climatic change’ – which meant global cooling and which they said was of natural origin. Later that year, the participants sent a letter to President Nixon warning of a new ice age within a century. The White House ‘seized’ on the global cooling threat. NASA’s top climate experts predicted a new ice age by the year 2021. The US Military responded to the global cooling, which they said was causing ‘extreme weather’. Everything which now gets blamed on global warming was blamed on global cooling.”

“The White House bought off on the global cooling/climate change scam, and by December 1974 taxpayer dollars were permanently diverted extorted by the scientists. By the early 1980s, the global cooling scam had seamlessly morphed into the global warming scam.”

How is climate fraud perpetrated?

In a 2019 video, Heller summarised how the climate scam works.  “This is my most concise expose of climate fraud,” he wrote in the tagline, with his video opening showing a quote from IPCC official Dr. Ottmar Edenhofer, speaking in November 2010:

Heller begins: “It’s not an easy job committing fraud on the scale which climate alarmists are so I thought I’d give them some assistance. I’ve developed some new software that will give them a boost in identifying which critical data they should be hiding … let’s review the problem which my software will help climate alarmists solve.

“This is the main page from the part of the National Climate Assessment which went out to journalists and policymakers.”

When you want to mislead people with statistics, picking your start date is very important, Heller said. He then goes on to explain what each of the graphics on the page shows and – by using the underlying data that wasn’t given to journalists and politicians – how the data has been presented in such a way as to mislead.

You can watch his very informative presentation below.