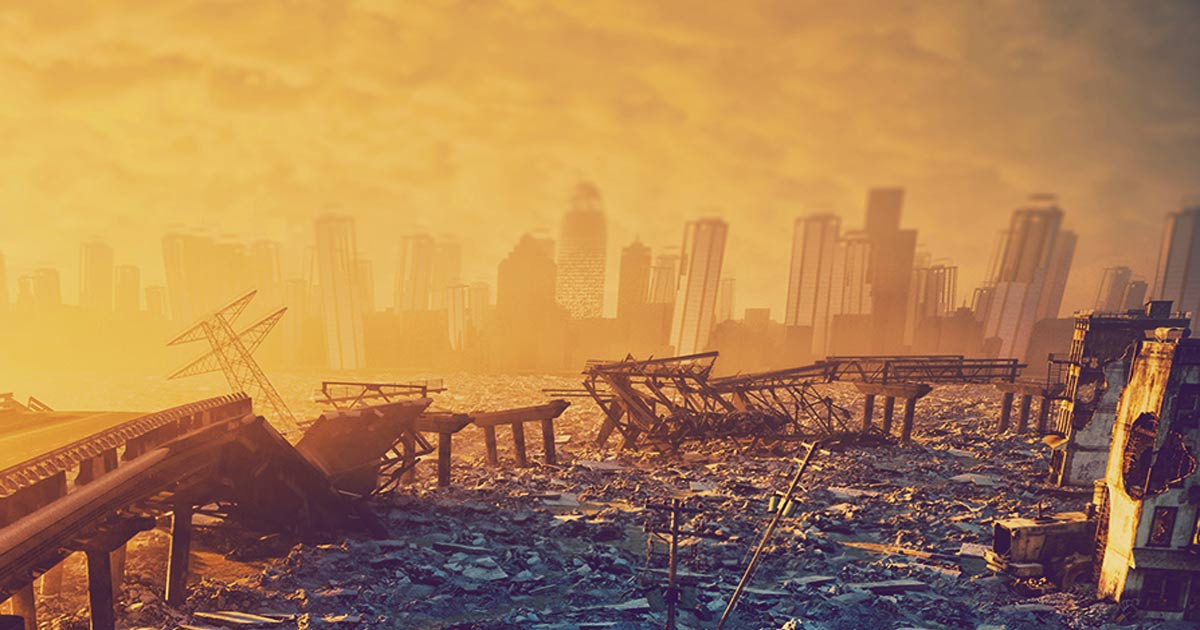 Our culture has embraced the idea of suffering for a cause, but it has cheapened the concept of martyrdom in the process. Terms like social change martyr, digital martyr, work martyr, and political martyr have expanded the meaning of martyr to include any inconvenience resulting from expressing an opinion. But in order to understand just how bad the Tribulation will be, we need to know what words like martyr mean in their biblical context.

What Does It Mean to Be a Martyr?

Revelation 6:9 makes the meaning clear: “When He opened the fifth seal, I saw under the altar the souls of those who had been slain for the word of God and for the testimony which they held.” Slain is a sacrificial term that means “slaughter, butcher, murder.” God’s people have always experienced persecution in parts of the world, and many have sacrificed their lives for the Gospel throughout the centuries. As the world’s end draws near, persecution will rise to unprecedented levels, and many will be martyred—murdered—for their faith.

When the fifth seal is opened, every Christian, whether dead or alive, will have been raptured to heaven at the beginning of the Tribulation. This suggests the martyrs in Revelation chapter 6 will be new converts to Christianity during the Tribulation period. In a world dominated by evil, their faith will lead to a bloody massacre. Jesus described their suffering in His Olivet Discourse: “Then you will be arrested, persecuted, and killed. You will be hated all over the world because you are my followers. And many will turn away from me and betray and hate each other” (Matthew 24:9–10, NLT).

There will be no room for lukewarm Christians during the Tribulation. For many believers, following Christ will demand the ultimate sacrifice. For every believer, following Christ will require carefully counting the cost. The Tribulation martyrs will weigh their earthly suffering against the greater spiritual suffering of denying Christ, and they will arrive at the same conclusion as Dietrich Bonhoeffer, a German pastor who was hanged during World War II:

[Messengers of the Gospel] must not fear men. Men can do them no harm, for the power of men ceases with the death of the body. But they must overcome the fear of death with the fear of God. The danger lies not in the judgment of men, but in the judgment of God, not in the death of the body but in the eternal destruction of body and soul. Those who are still afraid of men have no fear of God, and those who have fear of God have ceased to be afraid of men.1

Why Will Believers Be Martyred?

The apostle John says the Tribulation martyrs will be killed “for the word of God and for the testimony which they held” (Revelation 6:9). Armed with the truth of God’s Word, the martyrs will preach repentance and warn of the judgment to come. In 2 Corinthians 2, Paul describes the Christian life as a fragrance that smells like sweet perfume to God and other Christians. But to “those who are perishing,” the aroma smells like decay and death (verses 14–16).

During the Tribulation, there will be few believers around to appreciate the fragrance of righteousness. Most people will have hardened their hearts and will reject the message of salvation. With the Antichrist firmly in control of world politics and religion, society will react violently to any trace of Christianity. Many will be called upon during the Tribulation to love God more than their very lives (Revelation 12:11; see also Psalm 44:22).

Why Won’t the World Listen?

A story from the Old Testament helps us understand how humans, who were created in God’s image, could hate someone for serving Him. Two kings, Ahab of Israel and Jehoshaphat of Judah, were preparing for war. Jehoshaphat insisted on consulting one of God’s prophets. Ahab, who worshiped false gods, summoned four hundred prophets who readily agreed with the kings’ battle plan. Jehoshaphat wasn’t fooled and again asked for a prophet of the Lord. Ahab finally admitted there was one godly prophet, Micaiah, who could be consulted. Before calling the prophet, Ahab explained his disregard this way: “I hate him because he does not prophesy good concerning me, but evil” (1 Kings 22:8).

Ahab rejected truth because it did not conform to his expectations. He preferred the flattery of pagan prophets to the sincerity of God’s prophet. In 2 Timothy 4:3–4, the apostle Paul warned Timothy that a time would come when mankind “will not endure sound doctrine, but according to their own desires, because they have itching ears, they will heap up for themselves teachers; and they will turn their ears away from the truth, and be turned aside to fables.” Ahab’s attitude is typical of what happens in a heart that has turned away from God.

The Digital Age has made it possible for people to select which news they hear and how it is reported. Universities have created safe spaces where students can insulate themselves from unwelcome ideas. Recent court cases have threatened the civil liberties of Christian business owners who try to conduct their businesses according to biblical standards. When Christianity in practice arouses the dormant conscience of a non–Christian, the response is to “kill the messenger.” That is why Christians have been persecuted throughout history and will be increasingly persecuted as the Day of the Lord draws near.

How Will God Punish the Martyrs’ Persecutors?

The apostle John describes the martyrs as crying out from under an altar contained inside the fifth of seven seals on a scroll (Revelation 6:9–10). Each of these seals represents a separate judgment upon the earth. This means the world will be judged, among other things, for the blood of the martyrs.

The prayers of the saints crying out for justice become the punishment of the sinners. The third bowl judgment, turning freshwater to blood, declares God’s retribution against those who have martyred His people. Here are the words of the angel who pours out this judgment:

You are righteous, O Lord, the One who is and who was and who is to be, because You have judged these things. For they have shed the blood of saints and prophets, and You have given them blood to drink. For it is their just due. Revelation 16:5–6

Why Will God Wait to Punish the Persecutors?

In the words of 2 Peter 3:9, “The Lord isn’t really being slow about his promise, as some people think. No, he is being patient for your sake. He does not want anyone to be destroyed, but wants everyone to repent” (NLT).

In Revelation 6, the martyrs’ cries for justice were answered with white robes and encouragement to “rest a little while longer, until both the number of their fellow servants and their brethren, who would be killed as they were, was completed” (verse 11). As in the days of Sodom and Gomorrah, God will delay His judgment until every willing soul is preserved (Genesis 18:32). Now in Revelation 16, the cries are answered with the Lord’s vengeance.

Freshwater rivers and lakes will turn into bloody water when the third bowl is poured. Once again, the altar is the focus of this message of retribution because the souls of the slain are held under the altar. The angel declares God’s justice in judging His enemies. This bowl pours out the judgment requested by the martyrs.

As terrible as the Tribulation will be, it is only a small taste of what awaits those who reject the Gospel. The days of the Tribulation are limited to seven years, but anyone who does not acknowledge Jesus Christ as Lord will suffer forever.

Some people dismiss the reality of hell by thinking it’s where their friends are going so they might as well go there too. Jesus disproved this idea with a story he told in Luke 16 about a godly beggar named Lazarus and an ungodly, unnamed rich man. Lazarus died and was taken to heaven, but the rich man died and was tormented in Hades. The rich man begged Abraham to send Lazarus to warn his family—to testify to them about the reality of heaven and hell—because he did not want his brothers to end up in the same awful place.

Abraham refused to send Lazarus to the rich man’s family saying, “They have Moses and the prophets” (Luke 16:29). Like the rich man, God has told us everything we need to know about heaven and hell and how our decisions will lead us to one place or the other. He waits patiently today for each person’s decision, but one day the verdict will be final. “The Lord is longsuffering and abundant in mercy, forgiving iniquity and transgression; but He by no means clears the guilty” (Numbers 14:18).

How Do the Bowl Judgments Affect Christians Today?

If you are a Christian, these judgments will not affect you. You will not be on earth when they occur. But, as with all Scripture, there is an application to be made, for the signs of the coming of the Lord are evident. If the Lord Jesus Christ returned today, the events described in Revelation 15—16 would probably take place no later than seven years from now. Who do you know who is young enough to still be alive seven years from now? Do they know Christ? If the Rapture occurred today, would they be left behind to endure the seven bowl judgments?

September: All Eyes to the Skies as our Redemption Draweth Nigh