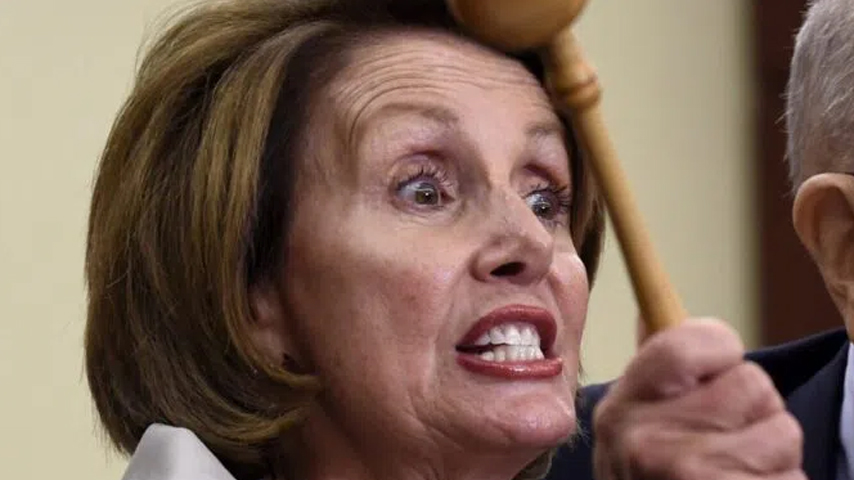 House Democrats whooped and cheered and Nancy Pelosi slurred her way through a short victory speech on Friday as the House of Representatives voted to take away your constitutional rights by reviving a ban on semi-automatic weapons.

Restrictions on both selling and manufacturing the weapons were first put into place in 1994. But the restrictions were lifted 10 years later when political support for the ban waned in Congress.

Many Democrats blame semi-automatic firearms, rather than the criminals pulling the trigger, for loss of life. But Marjorie Taylor Greene defended the right to keep the high-powered weapons, declaring that they have saved countless lives. She challenged Democrats saying “Do you think your gun laws will cause criminals to come running to hand over the AR15s that they possess? No, I don’t think so.”

Greene also said it was a political strategy for Democrats to campaign on, specifically calling out Jerry Nadler, and saying what the politicians care about is their campaigns, rather than Americans.

Pelosi’s House is going to allow a vote on an “assault weapons” ban, that won’t pass the Senate, just so Jerry Nadler can have something to campaign on.

They don’t care about stopping crime, securing our border, protecting our kids & our wallets, they just care about campaigns.

Jim Jordan issued a warning to America, stating “They are coming for your guns.” He also called the recent gun legislation unconstitutional.

Democrats are coming for your guns. #2a pic.twitter.com/sIv835xHdo

Democrats are on the House floor cheering about taking away your Constitutional rights.

Dismissed as a Democrat election-year strategy,  almost all Republicans voted against the bill.  It passed by only 4 votes in a 217-213 count. Republicans Brian Fitzpatrick of Pennsylvania and Chris Jacobs of New York broke party lines and voted yes on the gun ban.

While Democrats Henry Cuellar of Texas, Jared Golden of Maine, Ron Kind of Wisconsin, Vicente Gonzalez of Texas, and Kurt Schrader of Oregon voted against the ban.

The ban is not expected to pass the Senate.