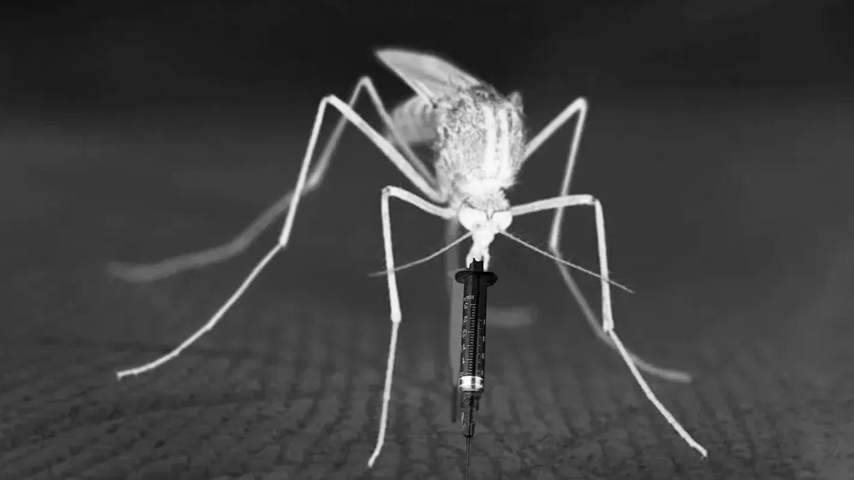 by 2nd Smartest Guy in the World

Since the One World Government’s “vaccine” con is essentially up, with bivalent DEATHVAX™ uptake currently at around 1.5%, the technocommunist sociopaths have realized that the best way to continue their eugenics program is by stealth.

A box full of genetically modified mosquitos successfully vaccinated a human against malaria in a trial funded by the National Institute of Health (NIH).

Gates’s partner in crime Dr. Mengele 2.0 aka Dr. Fauci happens to for all intents and purposes control the NIH, which “coincidentally” was illegally funding COVID-19 gain of function (GoF) research at the Wuhan virology institute.

According to The Counter Signal:

The study involved about 200 hungry mosquitos biting a human subject’s arm. Human participants placed their arms directly over a small box full of the bloodsuckers.

Exactly how depraved are these NIH, BigPharma, WHO, WEF, and UN paid off scientists?

“We use the mosquitoes like they’re 1,000 small flying syringes,” said researcher Dr. Sean Murphy, as reported by NPR.

What happens when they deploy several quadrillions small flying syringes?

And what about your run-of-the-mill Death Cultist that is perfectly fine with all of this dystopian posthumanism?

Carolina Reid was one of twenty-six participants in the study.

“My whole forearm swelled and blistered. My family was laughing, asking like, ‘why are you subjecting yourself to this?’”

Reid enjoyed her experience so much that she says she wants to participate in as many vaccine trials as she can. For this research, each participant received $4,100 as an incentive.

This is reminiscent of Winston Churchill’s famous joke:

Churchill: “Madam, would you sleep with me for five million pounds?”

Socialite: “My goodness, Mr. Churchill… Well, I suppose… we would have to discuss terms, of course… ”

Churchill: “Would you sleep with me for five pounds?”

Socialite: “Mr. Churchill, what kind of woman do you think I am?!”

Churchill: “Madam, we’ve already established that. Now we are haggling about the price.”

Replace socialite with the poorly programmed human test subject, throw her some stolen via taxes money that were conjured out of thin air by a central bank in on this scam and voila: the perfect human lab rat.

Adverse reactions were what one would expect after getting bit by hundreds of mosquitos and nothing more.

No, of course not. This is just more of that “Trust the Science” “Safe and Effective” business we’ve all become so used to.

Lyke led the phase 1 trials for Pfizer’s COVID-19 vaccine and was a co-investigator for Moderna and Novavax COVID vaccines.

Researchers say the genetically modified mosquitos will not be used at large to vaccinate millions of people. The reason why mosquitos were used instead of syringes, they claim, was to save costs.

Translation: Gates’s researchers plan on releasing genetically modified mosquitos to vaccinate the planet just like Billy Boy’s been releasing mosquitoes in Florida and several other states for years now; in fact, there is a good chance that these so called “flying syringes” are already buzzing around in the wild.

“He and his colleagues went this route because it is costly and time consuming to develop a formulation of a parasite that can be delivered with a needle,” NPR reports.

The most pernicious parasites are these very researchers, BigPharma, the various Rockefeller and Gates “non-profit” foundations, governments and technocratic entities like the WHO, WEF, UN, CFR, BIS, IMF, et al.