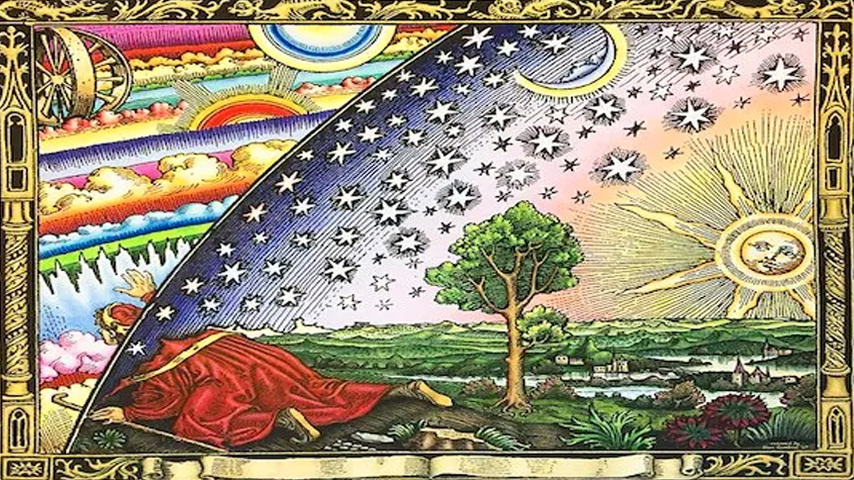 Hermes was the Olympian Greek God of mythology, writing and magic. Hermeticism and Gnosticism both share the belief in two gods, the Demiurge, the lesser God of the Bible. And Lucifer Morning Star, the greater God. Through Gnosis or knowing, Hermes believed the soul could reach apotheosis in Sophia’s eight spheres of heaven. Gnostics believe Sophia embodies the feminine attributes of God and is the gnostic version of the Christian Holy Spirit.  In addition, Sophia is the world’s first AI humanoid robot developed by the Hong Kong-based company Hanson Robotics.

As the world rapidly moves towards the Singularity scientists from England’s Aston University are contributing to the transhumanists goal of apotheosis, by attempting to merge human brain stem cells with AI microchips. Their goal is to allow AI to access the human brain’s cognitive abilities.  In other words, mixing iron and clay.

Daniel Chapter two verse forty-three, “As you saw iron mixed with ceramic clay, they will mingle with the seed of men; but they will not adhere to one another, just as iron does not mix with clay.”

In the past, researchers focused their attention on the human brain and AI algorithms as separate entities working in a symbiotic relationship. However, with the advent of “Neu-ChiP,” merging the physical brain with AI has opened the door to endless possibilities.

According to University mathematician David Saad “Our aim is to harness the unrivaled computing power of the human brain to dramatically increase the ability of computers to help us solve complex problems,” We believe this project has the potential to break through current limitations of processing power and energy consumption to bring about a paradigm shift in machine learning technology.” Until now, AI to human brain interface has depended on artificial neurons. But by merging human brain stem cells with the machine, organic neurons will be able to interact directly with AI 24/7.

Because the covid injection is an operating system, there’s a possibility it could be utilized as the future platform for merging the clay of man and iron of machine.  Moderna states on their own website. “Recognizing the broad potential of mRNA science, we set out to create an mRNA technology platform that functions very much like an operating system on a computer. It is designed so that it can plug and play interchangeably with different programs. In our case, the “program” or “app” is our mRNA drug – the unique mRNA sequence that codes for a protein.”

If the mRNA injection does in fact systemically alter human DNA, then by definition anyone who receives the jab, would begin to transition from human to trans-human. Sometimes the best way to understand the present is to study an unfulfilled prophecy from the past.  In describing the antichrist. In the Book of Daniel, Chapter eleven verse thirty-seven says ” Neither shall he regard the God of his fathers, nor the desire of women.”   So, what is the meaning of “nor the desire of women?”  Either the anti-christ will be asexual, with a lack of sexual desire for either sex. Or he will be a homosexual.  In the Bible, Satan is also known as the author of confusion.

The world is ruled by symbols. For example, the symbol of medicine is the caduceus. The traditional symbol of Hermes features two snakes winding around a winged staff. The Baphomet has a staff protruding from his crotch, and two snakes winding around the staff.  Baphomet also features two female breasts. In essence, the Baphomet is a hermaphrodite, a person or animal having both male and female sex organs. On the arms of the Baphomet are the words “Solve” and “Co-ag-ula” which means to break down and rebuild or “The Great Work of Alchemy.”

In the mystery religions, Alchemy is the process of turning lead into gold by utilizing the esoteric Philosopher’s Stone. From this, the alchemist’s desire is to cure all ailments and achieve eternal life apart from God.  Alchemy’s symbols include the signs of the zodiac, twin-coiled serpents, and the Freemasonic bronze pillars of Jachin and Boaz. Strategically positioned at the entrance of every Masonic temple, Jachin on the right signifies unity and wholeness while Boaz on the left points to the world of creation. In truth, these pillars are portals to Saturn, the planet of Satan or Black Star.

Spiritually, Alchemy is the occultic science and black magic art of unifying matter and spirit. Kabbalists believe Jacob’s Ladder to be a powerful alchemical vision, revealing super-consciousness as Jacob laid his head upon the stone. This is the genesis of the philosopher’s stone…

Dr. Ana María Oliva: The main goal is brain-machine hybridization by means of mRNA and nanotechnology