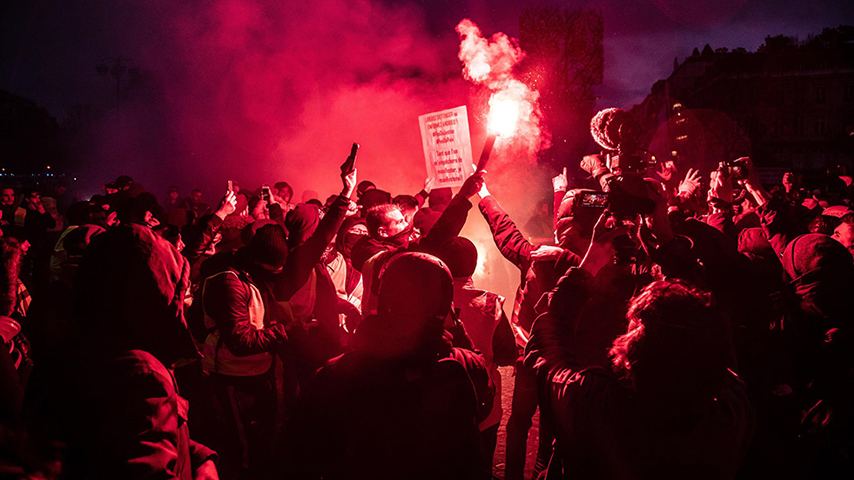 A prominent hedge fund manager has warned of worldwide societal collapse following a financial downturn. In his recent podcast, Brighteon.com and Natural News founder quoted a letter by Elliot Investment Management President Paul Singer about the unfolding financial situation that could possibly trigger the downfall of societies around the world.

In a letter sent to investors, Elliot Investment Management expressed the belief that the global economy is in an “extremely challenging” situation “on the path to hyperinflation.” This, the letter added, could lead to “global societal collapse and civil or international strife.”

The Florida-based hedge fund pointed its fingers at central bank policymakers as responsible for the current global economic situation, arguing that the latter had been “dishonest” about the reasons for high inflation. Even lawmakers were not spared, with Elliott Investment accusing them of shirking responsibility by blaming pandemic-linked supply chain disruption instead of the loose monetary policy imposed two years ago.

“You don’t hear that language very frequently from sort of conventional finance people, [but] you do hear that kind of language from independent media, alternative media. People who don’t necessarily have to answer to financial regulators, or people who don’t get a paycheck from MSNBC or whoever,” said Adams. “People who are free to speak openly talk about the financial collapse that’s coming, but those who run multibillion-dollar hedge funds almost never say this.”

According to the Health Ranger, Singer has a lot of reasons to issue this warning.

“Rising interest rates are colliding with multiple factors, including massive money printing, a collapse of supply chains combined with energy scarcity and the deindustrialization of much of the Western world. These factors are all coming together, and what they are pointing to is worldwide societal collapse.”

Adams also mentioned his recent interview with financial analyst Bob Moriarty, who warned that many living in big, high-density cities in America like Houston, Chicago, Los Angeles and Denver are not going to survive the coming societal collapse.

According to the “Health Ranger Report” host, the worldwide collapse is a convergence of many different collapsing factors such as food, energy, money, politics and freedom among others. Attacks on the power grid and banking system, nuclear war and acts of terrorism can also be thrown into the mix, he added.

He continued that when the systems go down, those unprepared will rise up and riot. Revolutions will spark across the world, most especially in Europe, and people will see the most bizarre chapter in human history.

In spite of this, Adams remarked that the fall of many elements of Western civilization – such as the financial and government institutions – will usher in a new level of stabilization and new order out of the chaos. People will be in free-fall mode during the collapse, but this will eventually lead to a resettling, grounding and restructuring of a new system.

The Health Ranger also mentioned that civility will be put to the test. Thus, he remarked that one of the things people need to consider is the nature of the culture in each area as the collapse takes place.

Mass chaos won’t be happening in Japan, Germany and the Nordic countries even when a collapse happens due to their orderliness. For America, however, Adams said it would be a different story because the mainstream media has been stoking race war and spreading narratives of hatred and violence.

When the situation goes bad in American cities – anarchy, chaos, violence and murder will happen,” he said.

“That’s going to characterize the American experience of living through this collapse, which is quite unique and distinct from the experience in other countries. Hence, the need to live away from these high-density population areas so that you might not be caught in the middle of all of this chaos and violence.”

Watch the video below to know more about the global societal collapse.