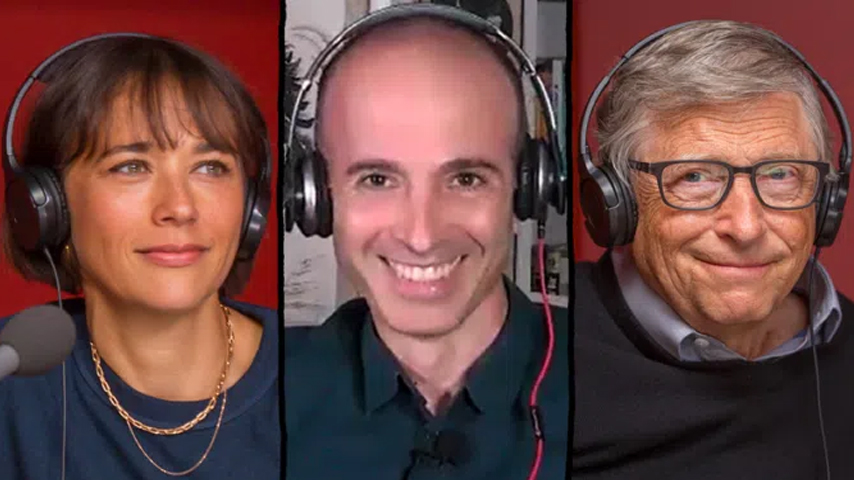 “Common people” are right to be fearful of a future in which they will be made “redundant“, according to World Economic Forum (WEF) advisor Yuval Noah Harari, who said “We just don’t need the vast majority of the population” in the early 21st century given modern technologies.”

Harari’s extraordinary remarks were made in an interview with Chris Anderson, the head of TED, published on Tuesday, and represent the strongest warning yet that Klaus Schwab’s WEF is intent on depopulating the world.

The WEF advisor assessed widespread anxiety among “common people” as being rooted in a fear of being “left behind” in a future run by “smart people.” Such fears are justified, according to Harari.

A lot of people sense that they are being left behind and left out of the story, even if their material conditions are still relatively good. In the 20th century, what was common to all the stories — the liberal, the fascist, the communist — is that the big heroes of the story were the common people, not necessarily all people, but if you lived, say, in the Soviet Union in the 1930s, life was very grim, but when you looked at the propaganda posters on the walls that depicted the glorious future, you were there. You looked at the posters which showed steel workers and farmers in heroic poses, and it was obvious that this is the future.

Now, when people look at the posters on the walls or listen to TED talks, they hear a lot of these big ideas and big words about machine learning and genetic engineering and blockchain and globalization, and they are not there. They are no longer part of the story of the future, and I think that — again, this is a hypothesis — if I try to understand and connect to the deep resentment of people, in many places around the world, part of what might be going there is people realize — and they’re correct in thinking that — that, ‘The future doesn’t need me. You have all these smart people in California and in New York and in Beijing, and they are planning this amazing future with artificial intelligence and bio-engineering and global connectivity and whatnot, and they don’t need me. Maybe if they are nice, they will throw some crumbs my way like universal basic income,’ but it’s much worse psychologically to feel that you are useless than to feel that you are exploited.

Harari contrasted the 20th century with the 21st while forecasting what he said is the current century and future economies’ progressively diminishing need for human beings. He said:

If you go back to the middle of the 20th century — and it doesn’t matter if you’re in the United States with Roosevelt, or if you’re in Germany with Hitler, or even in the USSR with Stalin — and you think about building the future, then your building materials are those millions of people who are working hard in the factories, in the farms, the soldiers. You need them. You don’t have any kind of future without them.

“Now, fast forward to the early 21st century when we just don’t need the vast majority of the population,” the WEF adviser concluded, “because because the future is about developing more and more sophisticated technology, like artificial intelligence [and] bioengineering, Most people don’t contribute anything to that, except perhaps for their data, and whatever people are still doing which is useful, these technologies increasingly will make redundant and will make it possible to replace the people.”