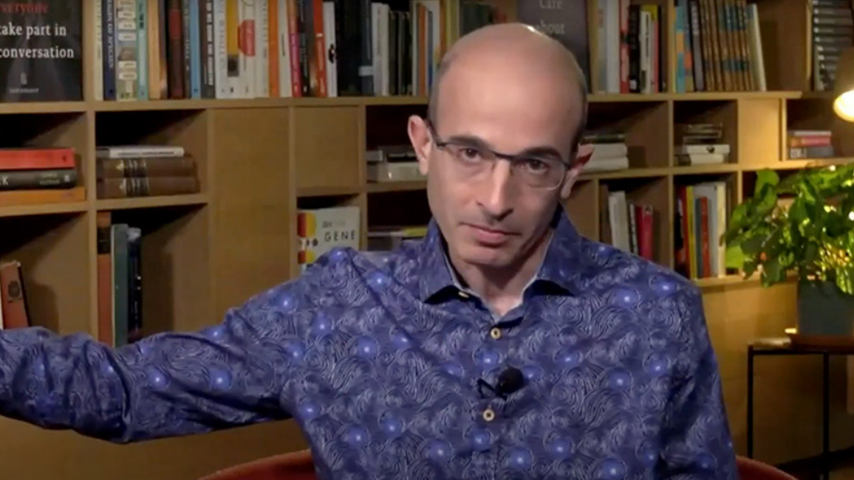 Yuval Noah Harari, a World Economic Forum (WEF) member and the top advisor to its founder Klaus Schwab, provided insight into the mindset of the global elite on Friday during an economics summit.

Speaking at the 2022 Warwick Economics Summit, Harari began by fearmongering about Climate Change and suggesting the nations of the world should fork up an extra 2 percent of their GDP per year to prevent a “catastrophic” climate event.

One criticism Harari dished out was that politicians frequently shift large amounts of their countries’ money towards the military during wartime, arguing they could do the same to fight climate change.

Later in the summit, Harari promoted the idea that people don’t need to travel to faraway islands on vacations to be happy and that they don’t need to spend money on beauty products that harm the environment to feel good-looking.

Essentially, he’s suggesting the average person give up basic things that please them in exchange for alternatives the establishment has deemed more “environmentally friendly.”

Of course, the Brad Pitts, Leonardo DiCaprios and Yuval Noah Hararis of the world will continue to fly on private jets while the lemmings are forced to stay home to help “save the Earth.”

The WEF advisor also claimed the world’s most powerful and wealthy nations are most responsible for the alleged climate crisis, failing to address the pollution created by many of the planet’s poorest countries and wealthy citizens.

Regarding America, Harari said the United States has already given up its place as a global leader, adding, “nobody is really stepping up to fill that vacuum.”

Taking advantage of America’s alleged removal as the world’s leader under Joe Biden’s “leadership,” organizations like the WEF and WHO will step in to push the planet into a global technocratic and medical dictatorship, according to Harari.

“We don’t really need a single country to be the leader. Ideally, many countries, many organizations on the grassroots level should each be contributing their ideas, their motivation towards a common project,” he said.

Hosting the discussion was CNN’s Bill Weir, who asked Harari if new technology will help humanity thrive without harming the Earth.

The Klaus Schwab minion responded to Weir by admitting technology is a “double-edged sword” that can be used to either hurt or help people.

He also warned the elite should not rely on “Noah’s Ark” -a type of technology to save them from a catastrophic global event.

Harari basically admitted the elite will hoard the technology to save themselves while the vast majority of people suffer.

“There is a very big danger that with climate change when people talk about what our future going to be like, there is no ‘us.’ There is no ‘our future.’ Humanity might divide into a majority – may be – of people who would suffer tremendously, and a minority that will have the resources, the wealth, [and] the technology to protect themselves, and even flourish in some kind of technological Noah’s arc. This is extremely dangerous,” he told Weir.

Later during the discussion, Harari credited “the rise of populists and ultra-nationalist parties in different parts of the world” to politicians scaring people with “fantasies that you will be replaced in a couple of decades by immigrants and foreigners.”

While he noted he doesn’t like that “kind of politics,” Harari suggested the global establishment use populist strategies to “mobilize people around a long-term, hazy project,” in combatting climate change.

A viewer of the summit asked Harari what the globalists can do about dictators like Xi Jinping in China who may not go along with the leftist green movement.

Responding, the WEF advisor suggested citizens still have the ability to create change even in nations like China.

In closing, Harari told humanity “we don’t have a lot of time” to realign our priorities so that all inhabitants of the world can have “any kind of future,” instead of just the elite.

Of course, his solution is consolidating global power into the hands of the same elite who wish to reduce the world’s population to create a servant class.

WEF suggests there are “rational” reasons to microchip your child